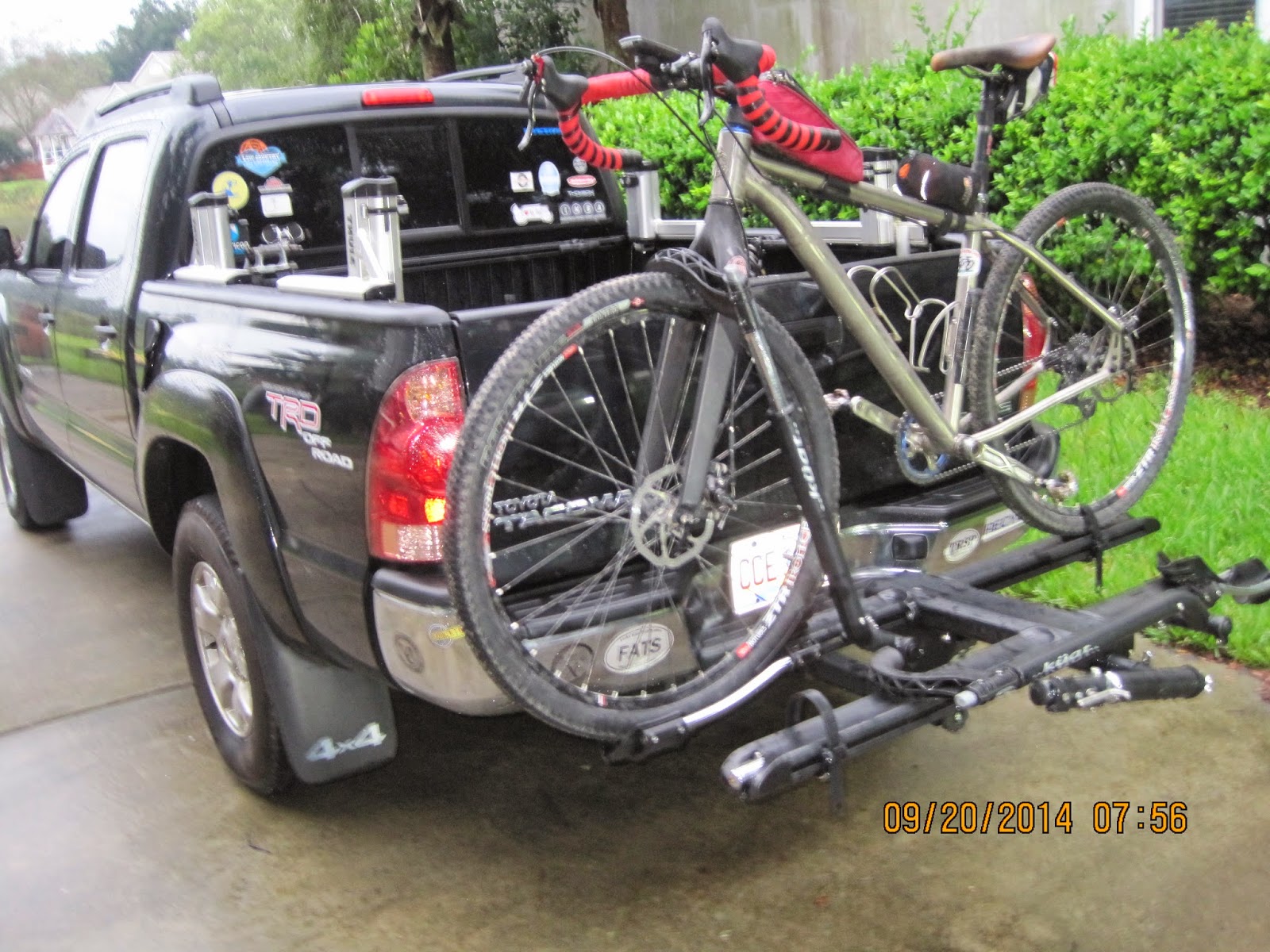 So I had just come back from a few major events and I was feeling the burn.  HellHole Gravel grind came up so quickly on the tail end of Pisgah Monster CX that I truly did not feel prepared mentally and most definitely physically.  I decided that this year, I would offer up my help as a volunteer.  Patrick mentioned that I should help out on day 2 as moto support and I agreed with my task on day 1 to start marking the course for day 2 shortly after the riders rolled out.  James Cooper, Marshall Brown and Andre Pope were coming down to stay at my house.  I also had mentioned to Garth Prosser a while back at the Pisgah Hub that he was welcome to stay at my house for the race if he chose to come down.  Surprisingly, he actually remembered and took me up on it which turned into a full house of racers for the weekend. 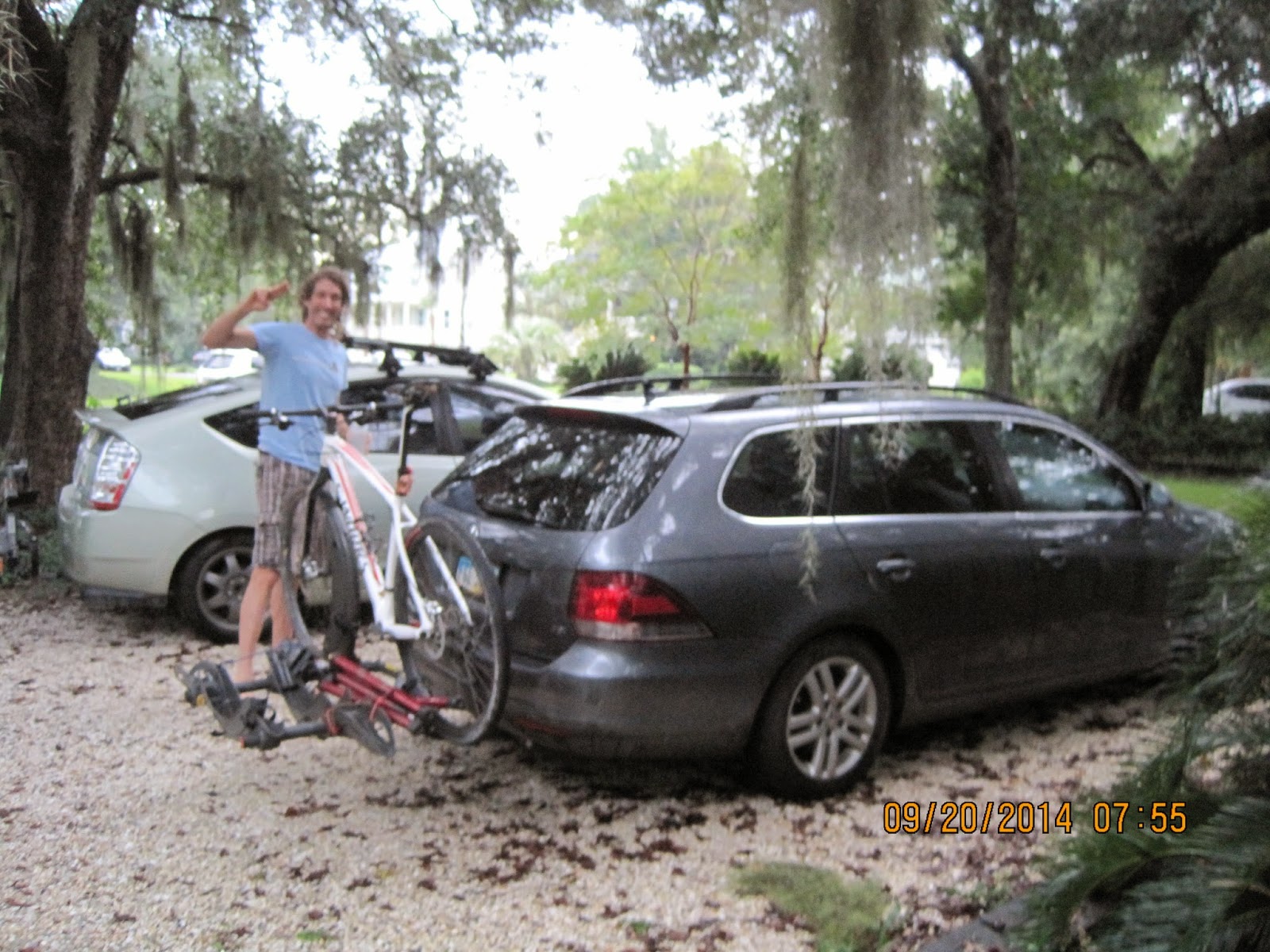 In wanting to feed the racers before the main event, I cooked up a massive breakfast meal, Steve Sperry style, to load up the group before their 75 mile day in the saddle.  The breakfast meal consisted of bacon, scrambled eggs, pancakes, fruit, cheese, orange juice, coffee, more bacon...the works!   Early mornings go by super quickly and before long, we were all rolling down Hwy 41 towards Witherbee and the race start.  We were greeted by a strong group of racers present and ready to tackle the great weather and nicely packed gravel roads of the Francis Marion.  There was a strong representation from Myrtle Beach and Wilmington areas with very little serious 2 day Charleston representation as I hear they didn't like the bumpiness of the gravel on their soft roadie assess(you know who I am talking to).  Although, I will mention that the MTP Velo team was well represented by Anne, Elisabeth, and surprinsgly, Chris Morrell was out there in full force comeback mode.  Alice Thomasson was even there as a followup to Pisgah Monster CX which was just awesome to witness! Jeb Brigman was representing Ride Bikes.  Greg Jone of Ride Bikes was there representing his bike shop and rode a strong race!  Always good to see bike shop owners getting out there and racing the local races. 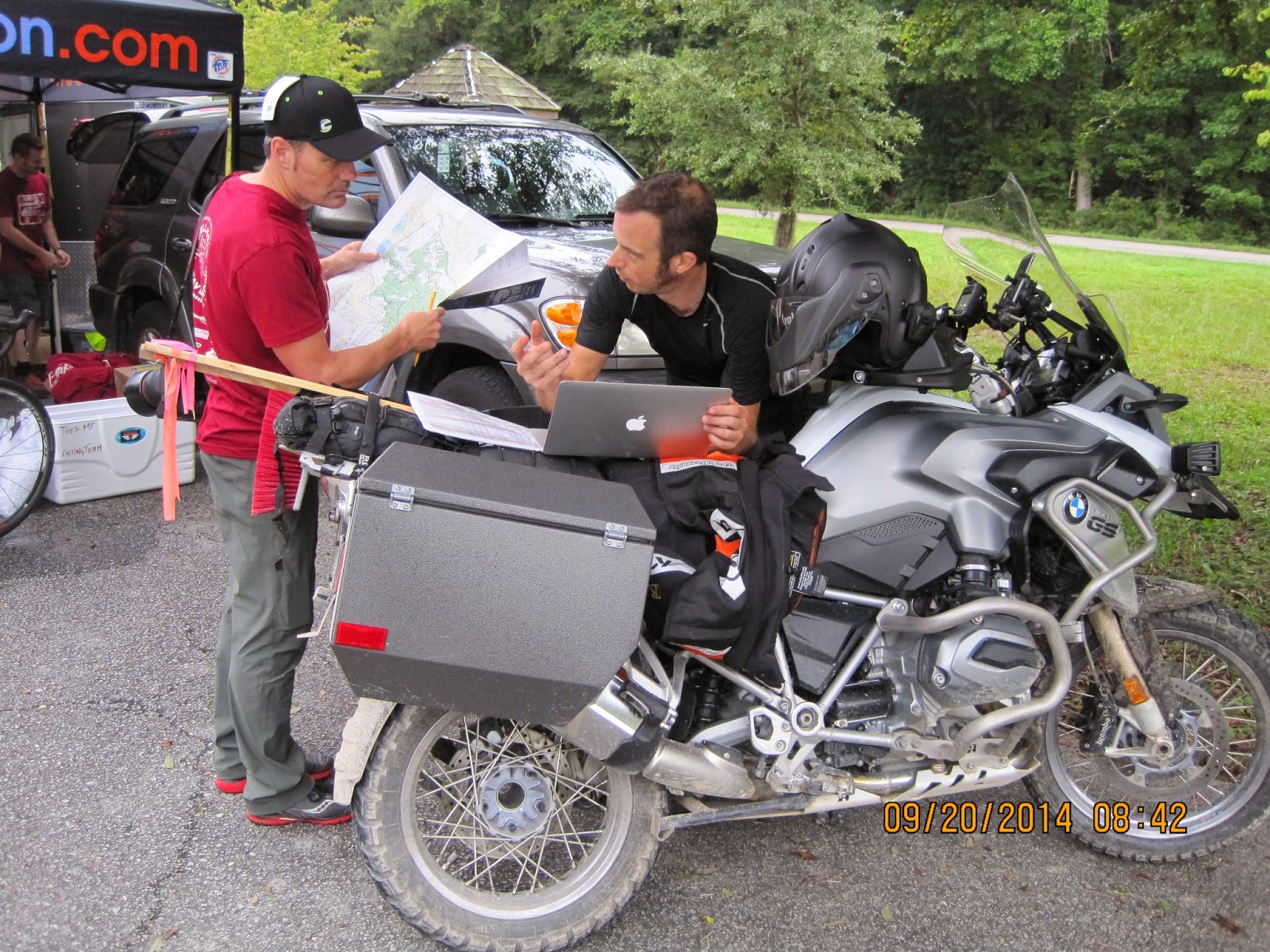 Garth, who is pro level, was up front and ready to race.  I was excited to actually sit back and observe this weekend as I always like to watch a good race.  I knew I had some time to kill as some of Day 2 course marking overlaps on Day 1, so I cannot modify some things until the riders are past a certain point.  With that said, I rolled out with the pack upon the start of the race and paced James Cooper for the first few miles.  He had a solid pace and was looking incredibly composed for someone who doesn't race these things often.  I worried that his pace might be a little too aggressive and that me might be holding it pegged because I was rolling alongside, so I gave him a quick few final words and let him continue on his own.  I then set myself as a crossing guard at Hwy 41 at which point Andre caught up and we both strolled a little further out and collected about a dozen or so water bottles each from racers which had been tossed in the bumpy lumpy gravel of the Hell Hole region. 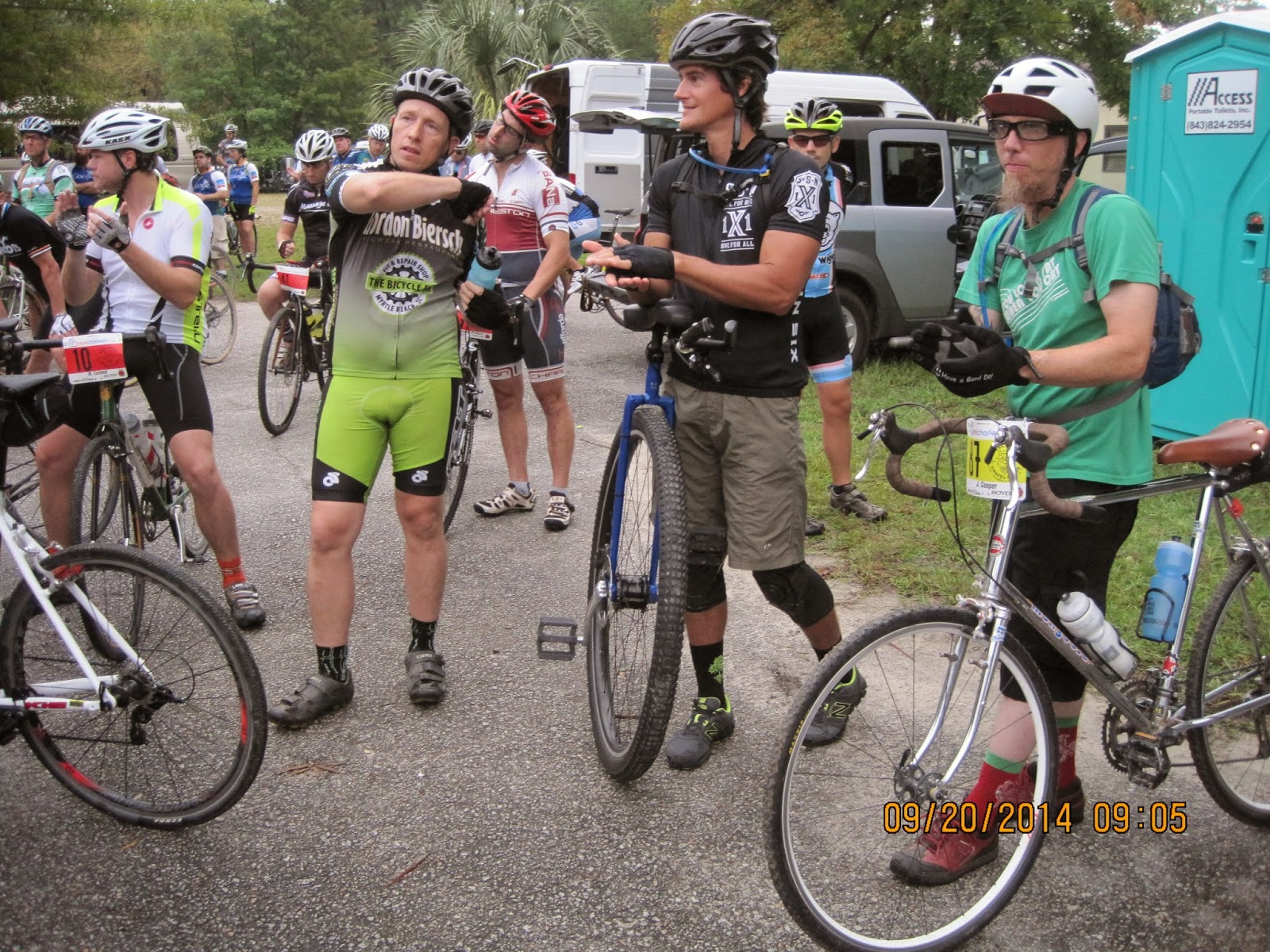 Upon returning, I immediately jumped in my truck with Andre and Marshall (who I believe had a mechanical?) and we sped off to mark the course.  Marking the course started out as fairly simple work, but upon realizing the amount of miles that 75 really is and whereabouts in the Palmetto trail markers would have to be place, the task became daunting to say the least.  4 hours in, my trio developed cabin fever and mutiny was muttered at times with plans to oust me from my own vehicle as the task was weighing heavily on all of us.  I even considered returning and finishing the task later on that evening, but playing host to a houseful of racers meant that was not an option.  I struggled to speed along and finish marking the course, but knew it was going to take at least 3 more hours.  Andre became hangry and comically volatile while Marshall , delirious from the days events, muttered incoherent musings and laughed wildly at Andre's worsening condition. 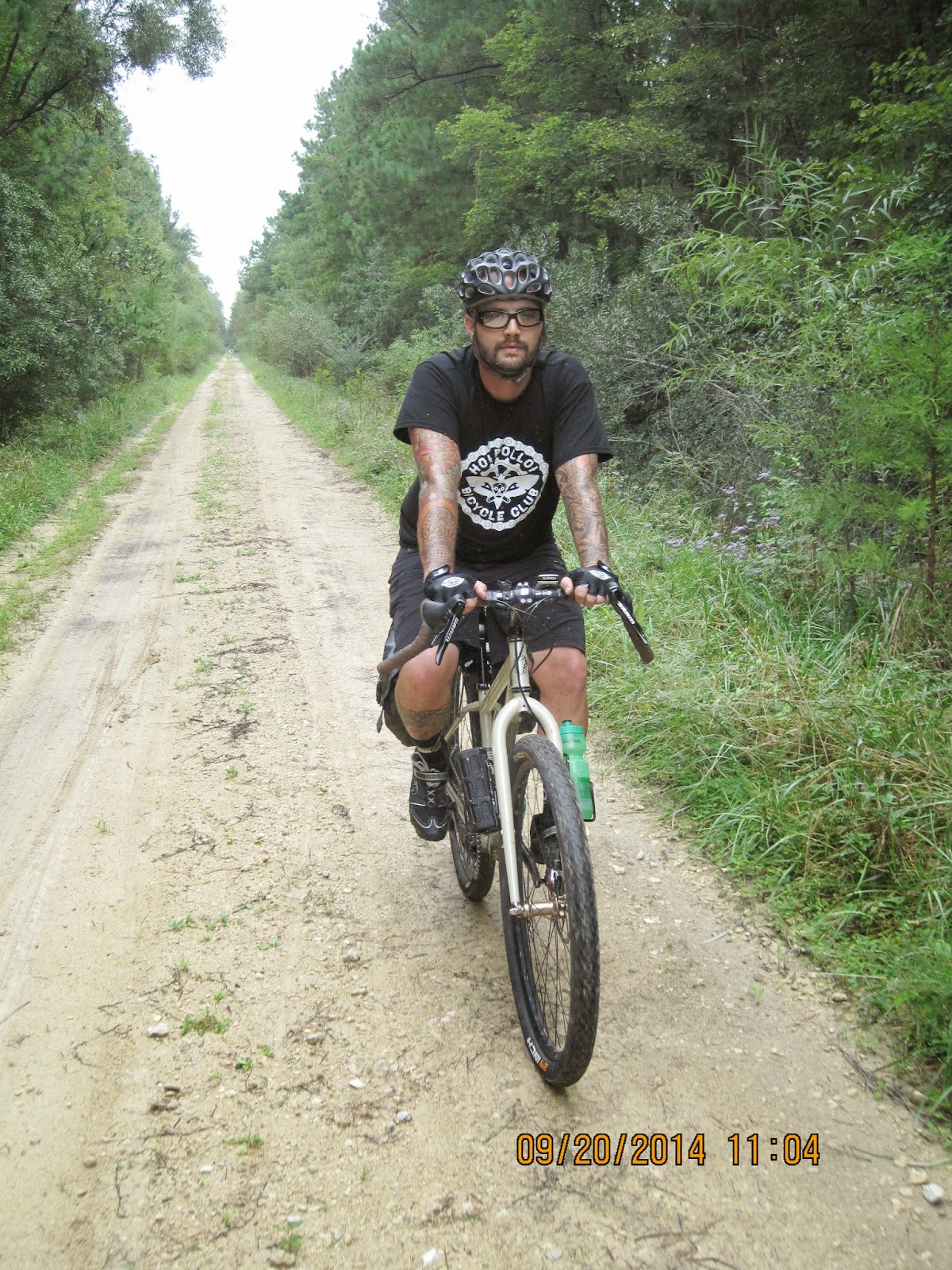 I almost lost Andre to the Francis Marion that day as he refused to get back in the truck at one point, but after we all realized we had to finish the job at hand, we finally got things back on track and our task was completed.  Upon returning to the start/finish, we discovered that everyone had already finished, changed, and let the area for the day and our group was awaiting us at the Tattooed Moose.  We raced over there but not before stopping at the house to pickup wifey and feed the Andre, which held things over until we arrived at the Moose.  We learned that James Cooper had taken 1st place in the 1 day 75 mile event and James Turner from Wilmington was hot on his tracks to an impressive 2nd place on a unicycle!  Awesome out of area representation!  Garth had come in second and was out touring a plantation home somewhere and Alice had crushed her category as well!  Everyone was having a great day!  So after a few beers and some food at the Moose, the 1 day crowd headed back home and I went back to my home to prepare for day 2.  I still had to get breakfast prepped for the next morning as well as get my moto running, but night came quickly and the morning came quicker. 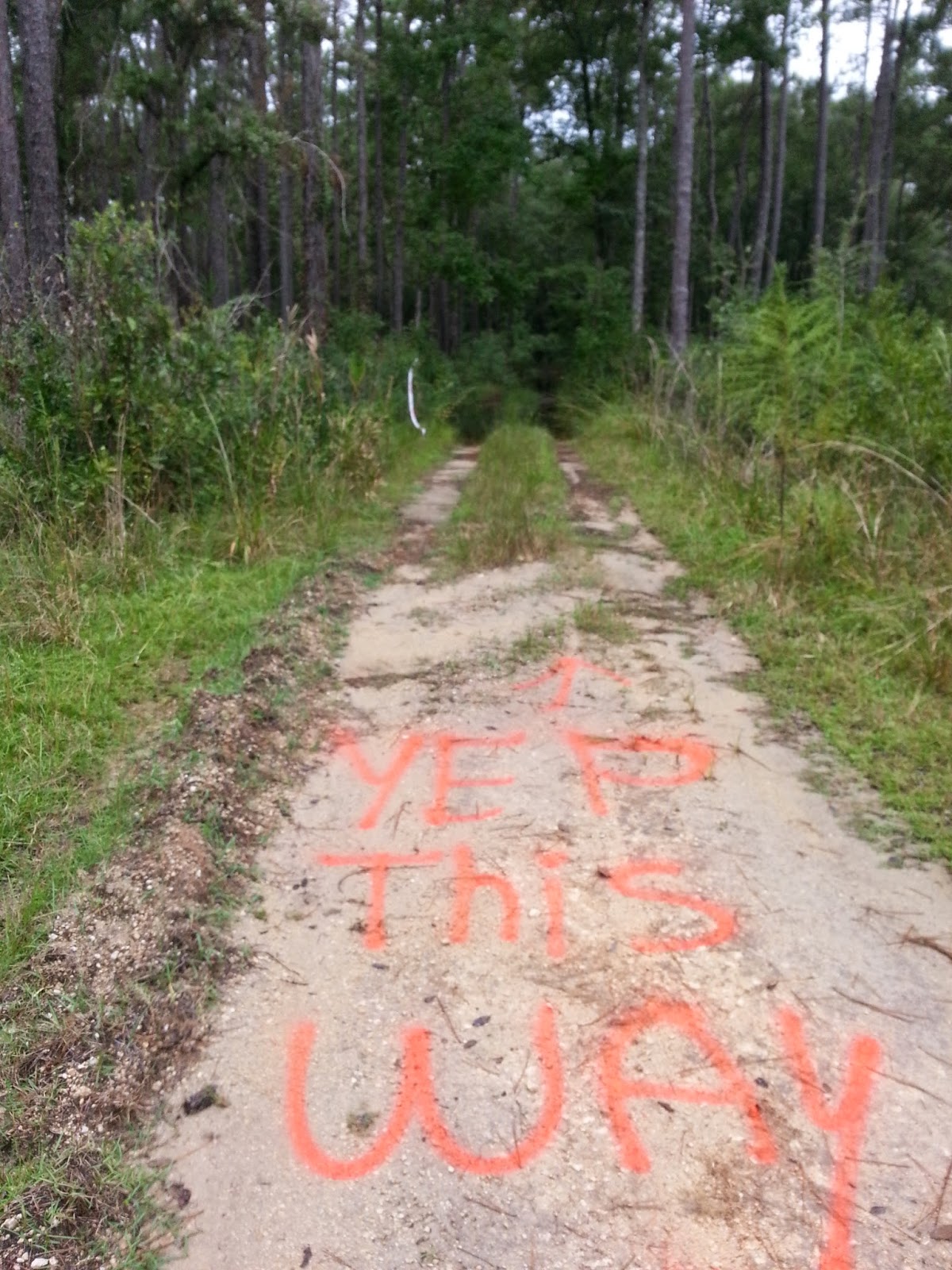 Like the morning before, I had a decent breakfast spread laid out, but hangovers from myself and the Day 1 crowd were apparent and we dragged a bit more before heading out the door.  As everyone headed out to either go home or go race some more, I went to check on my trusty Kawasaki which had not been started in about a months time.  She was very hesitant getting started and bogged heavily for a long time.  I finally set the choke on and drove up to the Jamestown gas station and loaded up on fresh gas which had her purring normally once again.  Day 2 was a nice treat as I was able to lead out the racers and basically roll ahead and check for unforeseen obstacles.  It was an incredible vantage point to see how the strongest racers do battle.  They made it look effortless and I was very much impressed. Garth looked very much in control of the crowd and you could see him talking to the other riders at the high pace they were setting like it was not an issue.  It was cool to see certain strategies play themselves out and to notice when attacks would happen.  Overall I really learned a lot from moto pacing the group that I would not have understood if I were racing in the mix.  Hopefully someday I may be able to apply that knowledge.  Until then the race turned to Garth's favor with his only rival flatting out and never being able to catch back up, so the victory was shared and he nabbed grand champion.  I was so tired, I don't really recall the rest of the day's events except for returning home, showering up and enjoying some down time on the back porch discussing a dozen different subjects with Mr Prosser.  Overall, it was a good weekend of racing, new friendships, old friendships and lots of cool bikes.  Can't wait till next year! 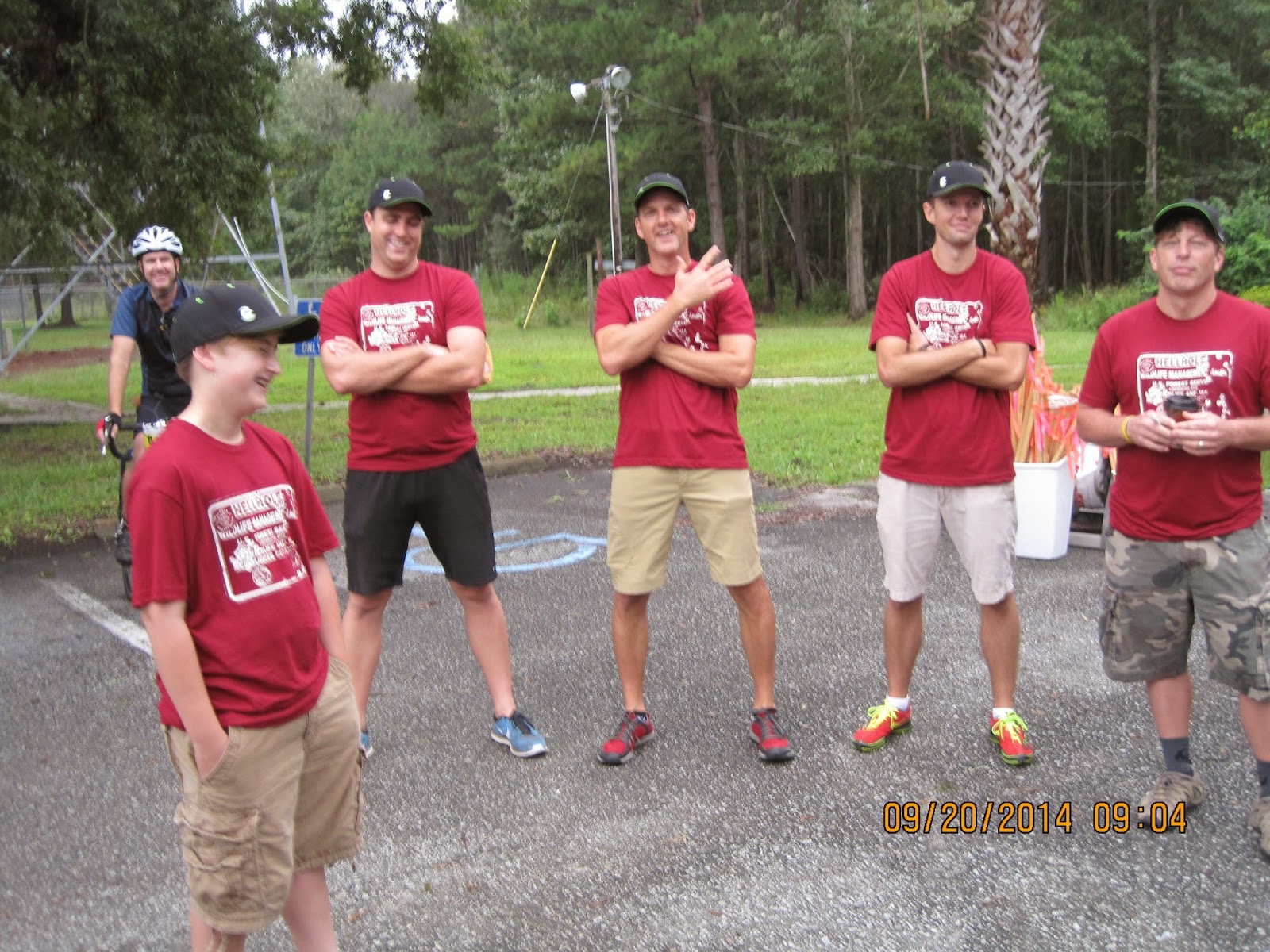 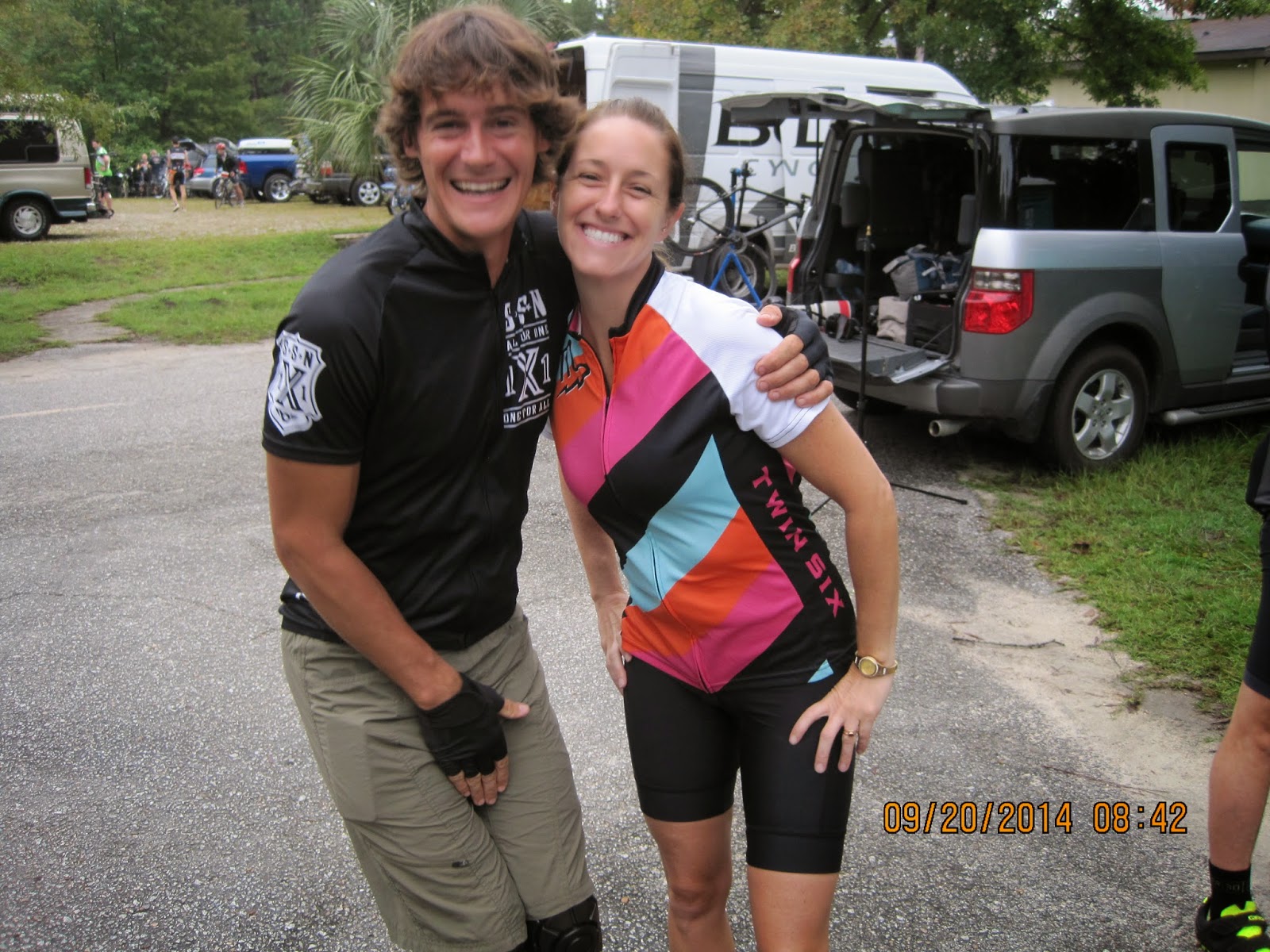 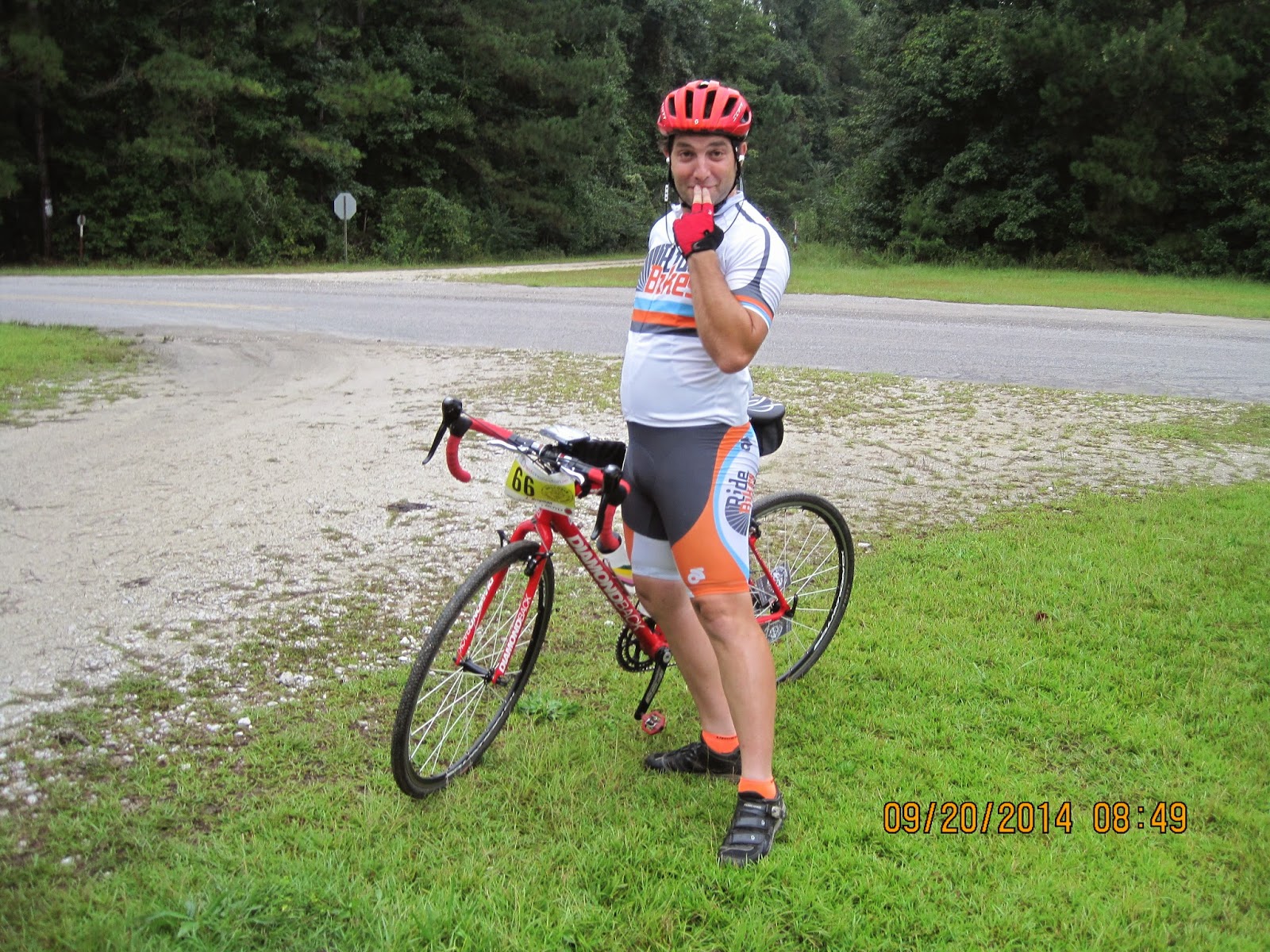 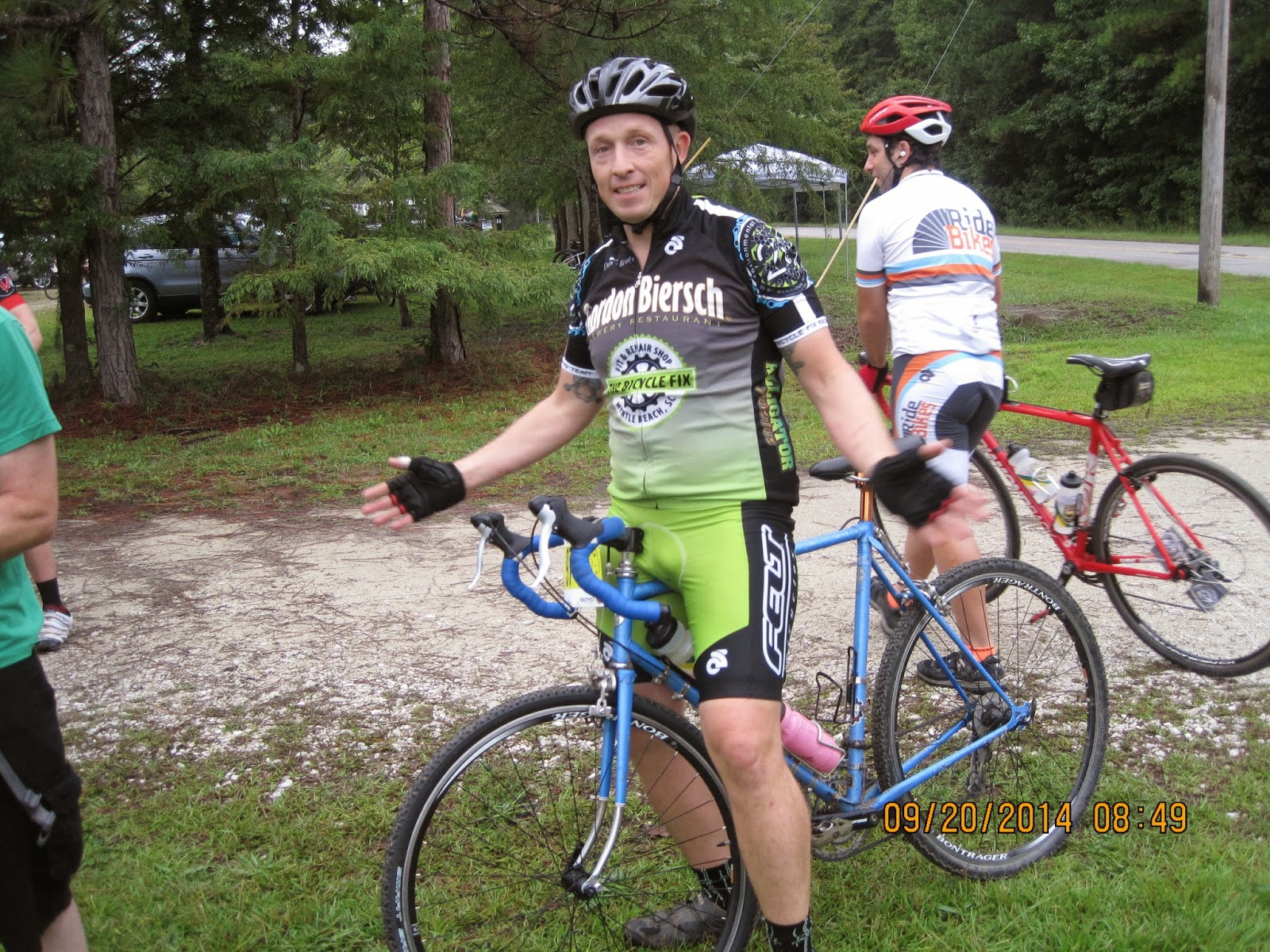 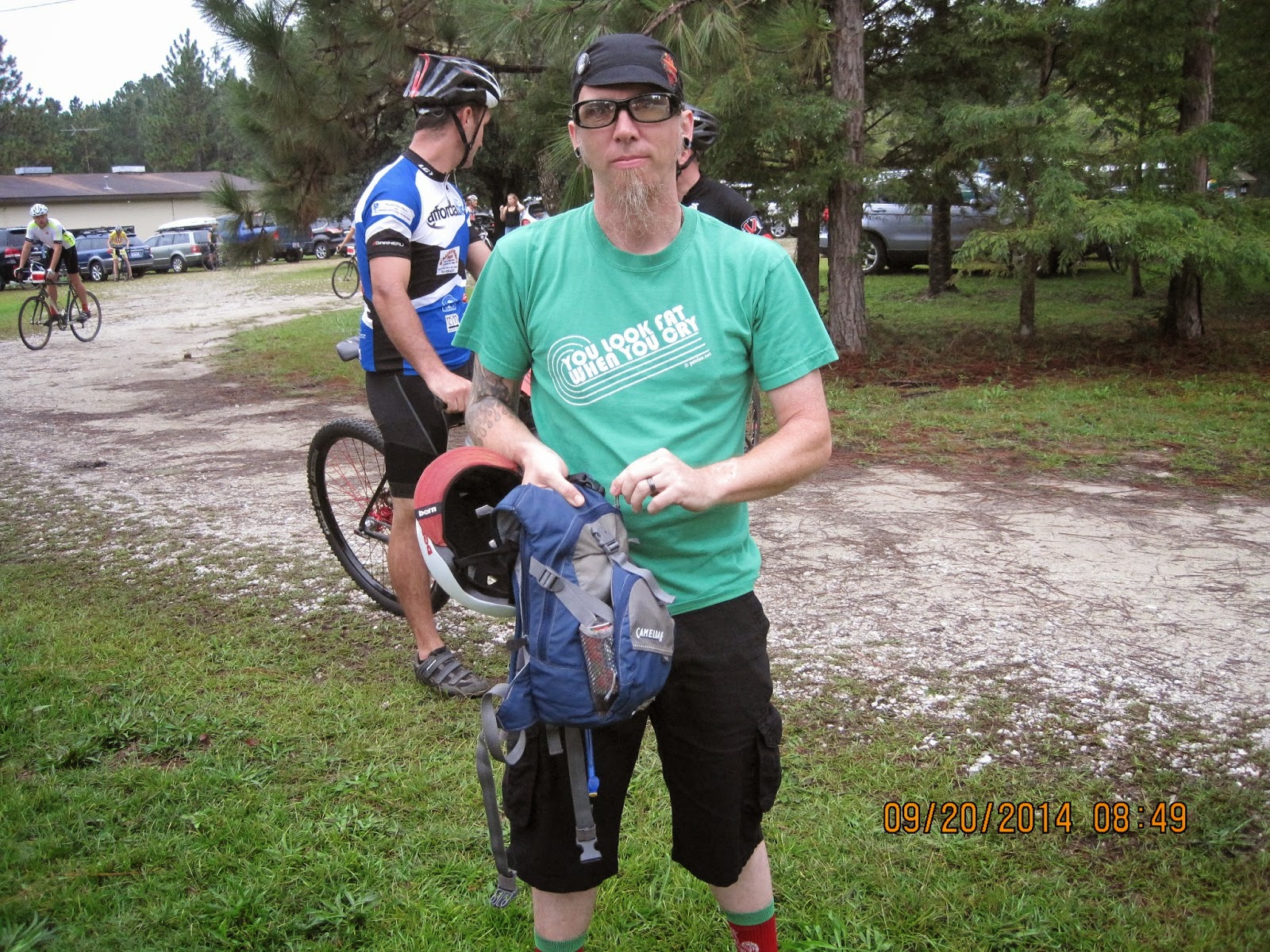 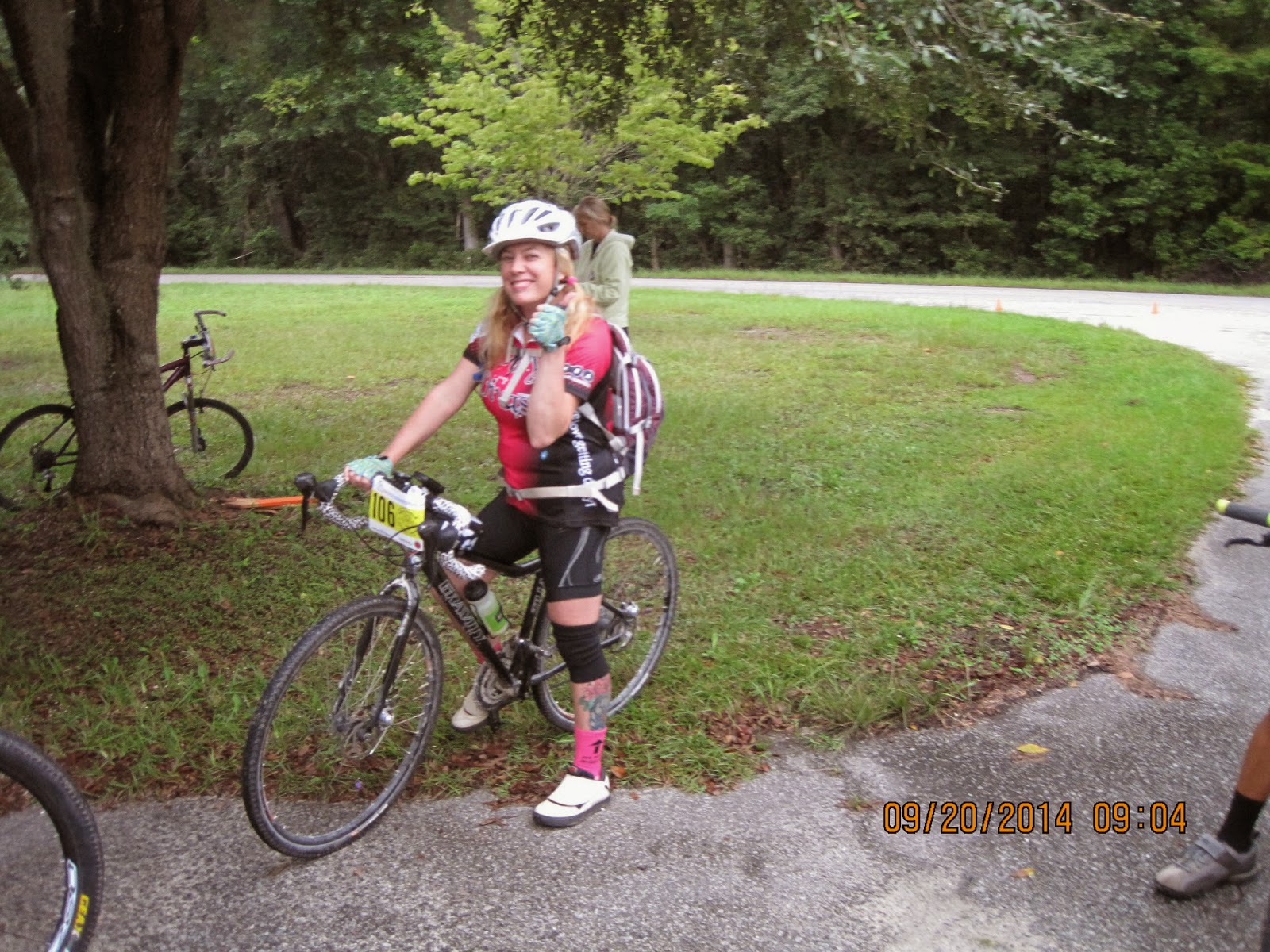 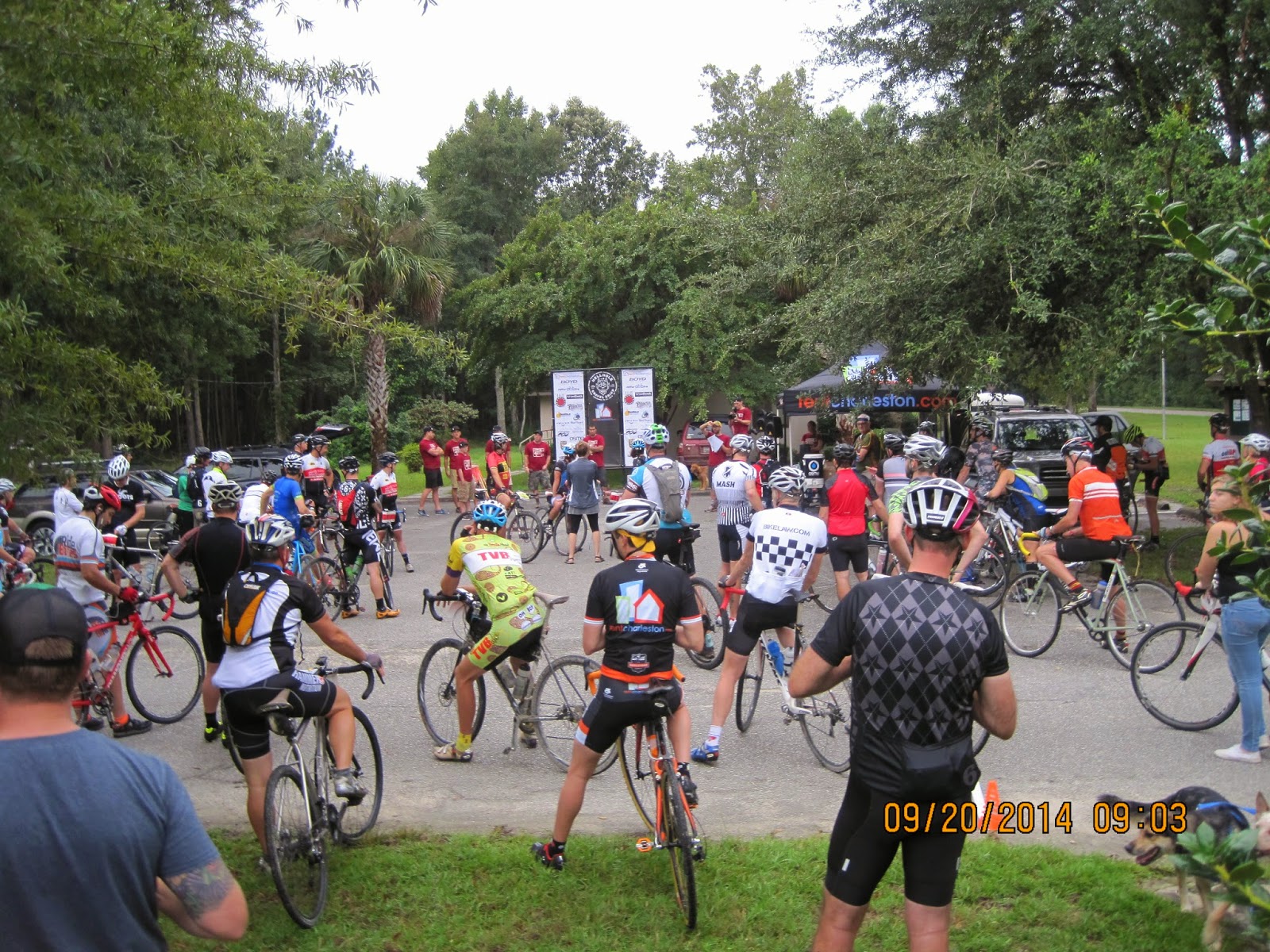 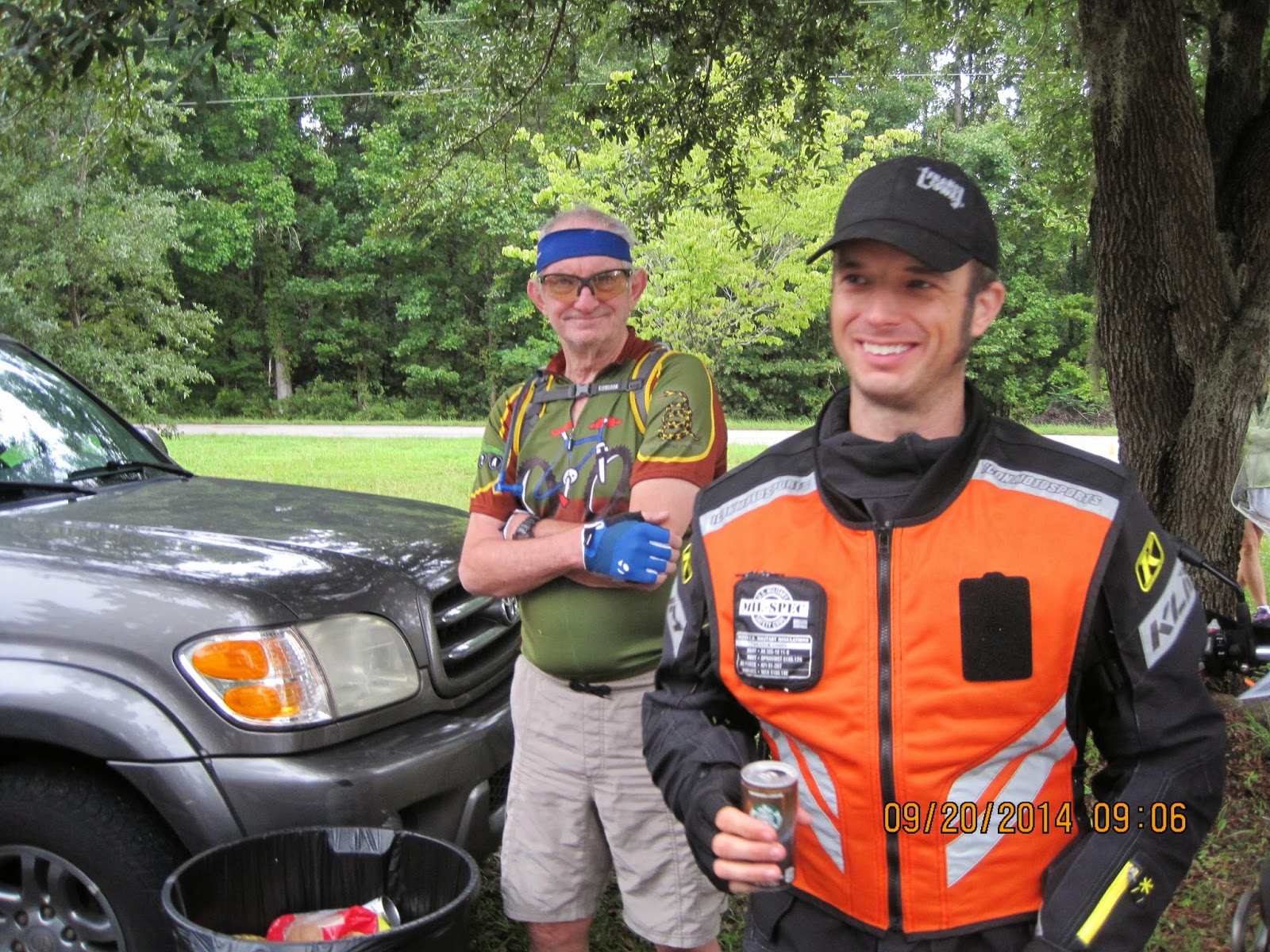 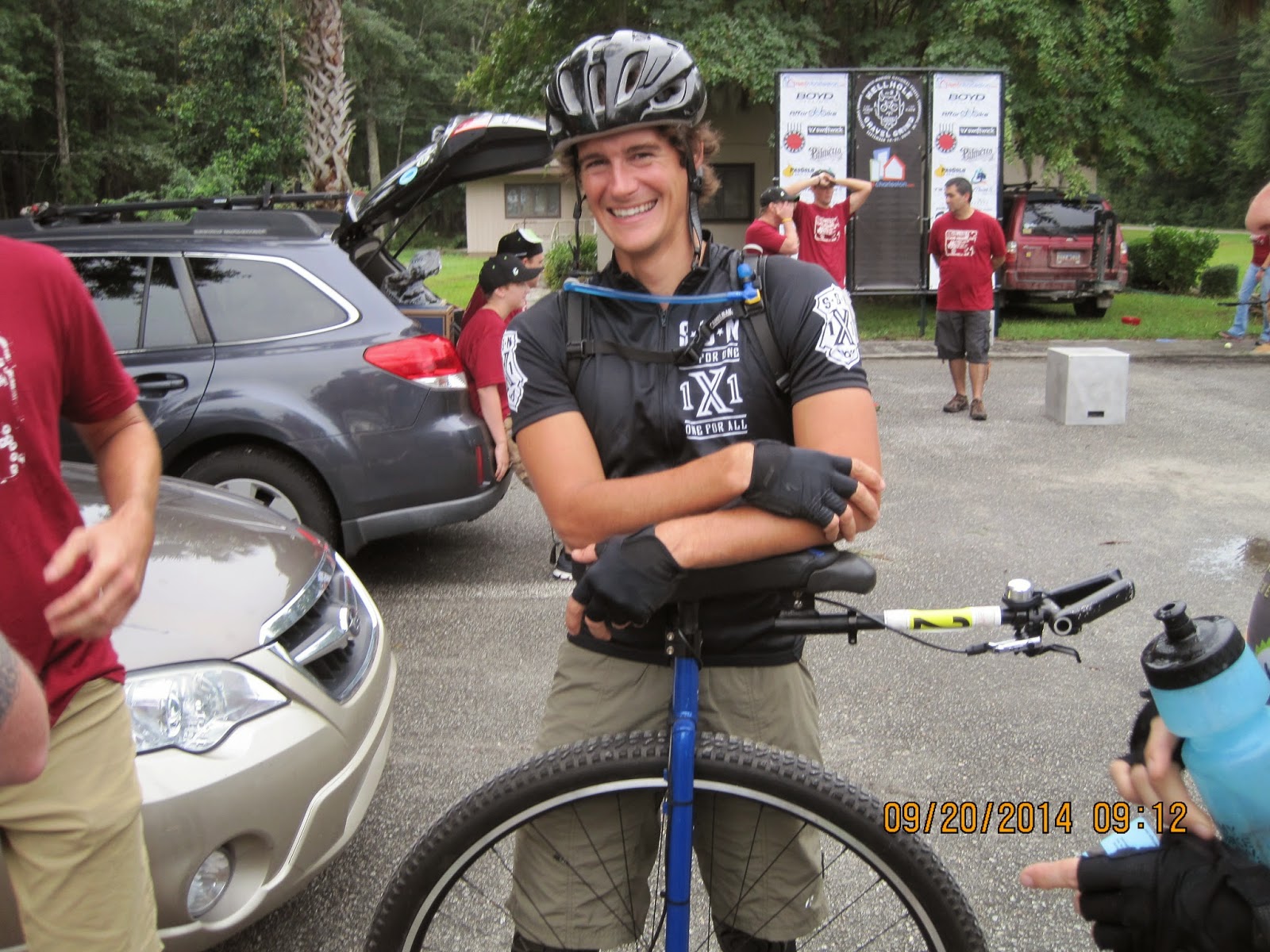 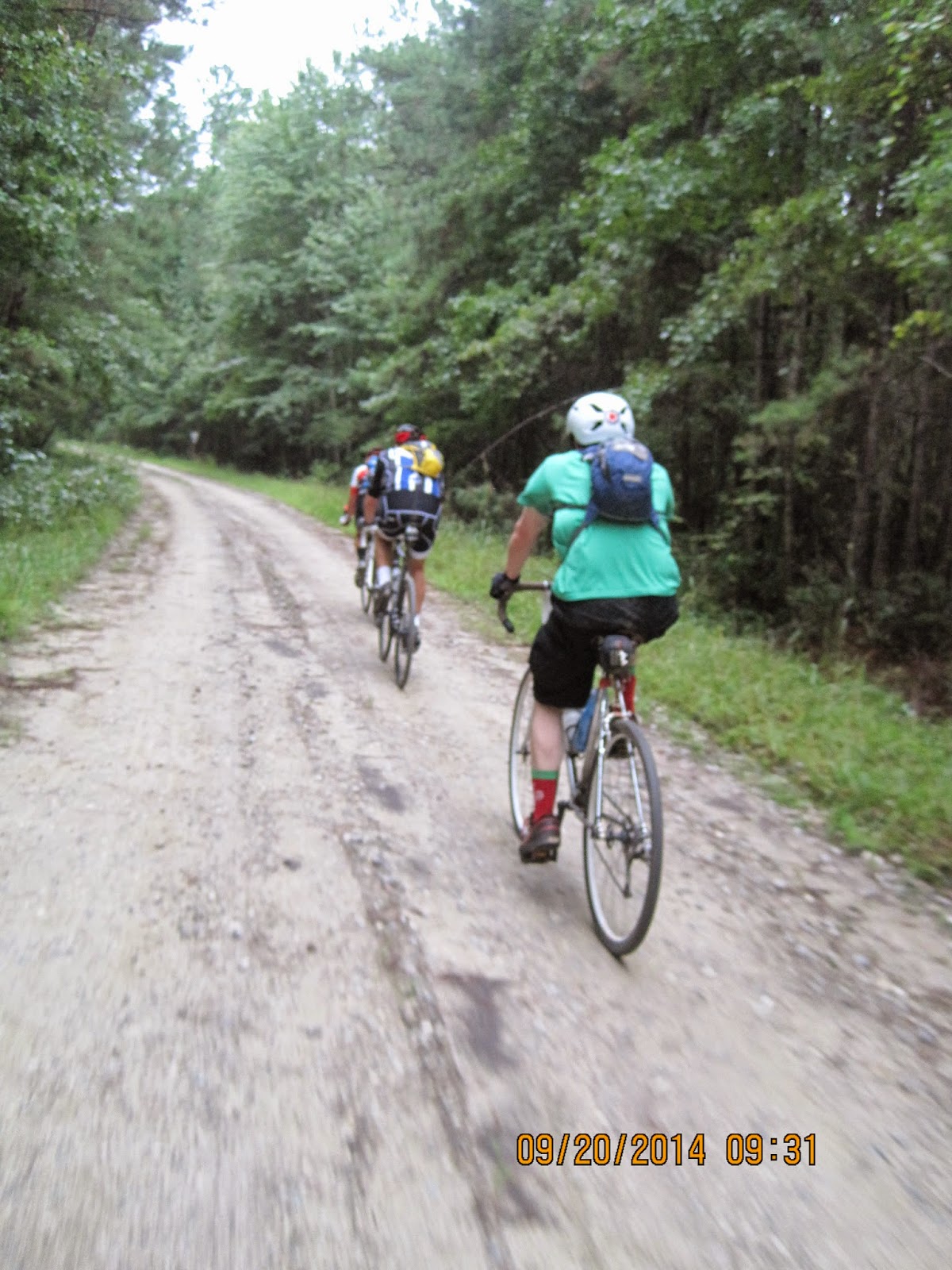 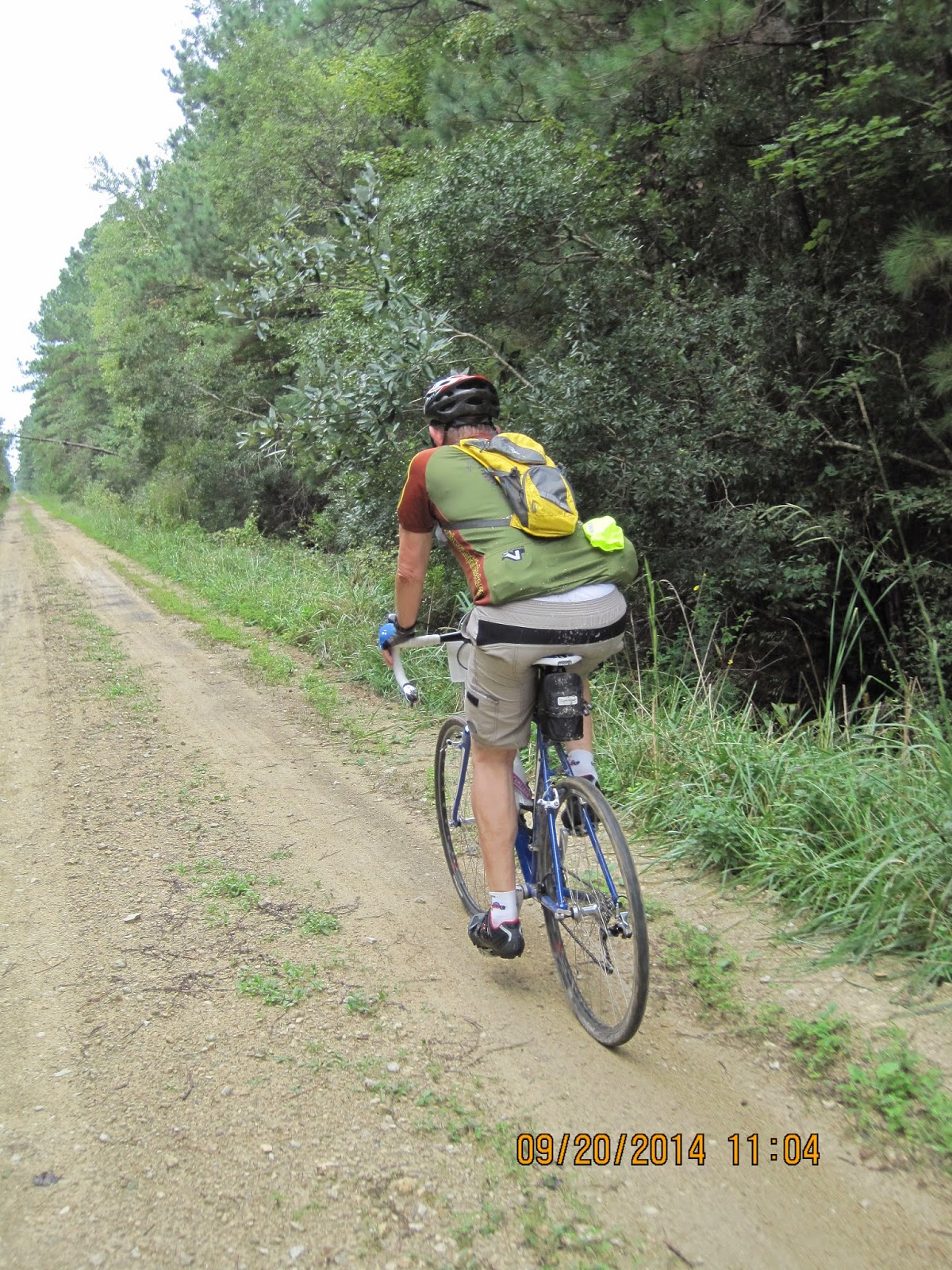 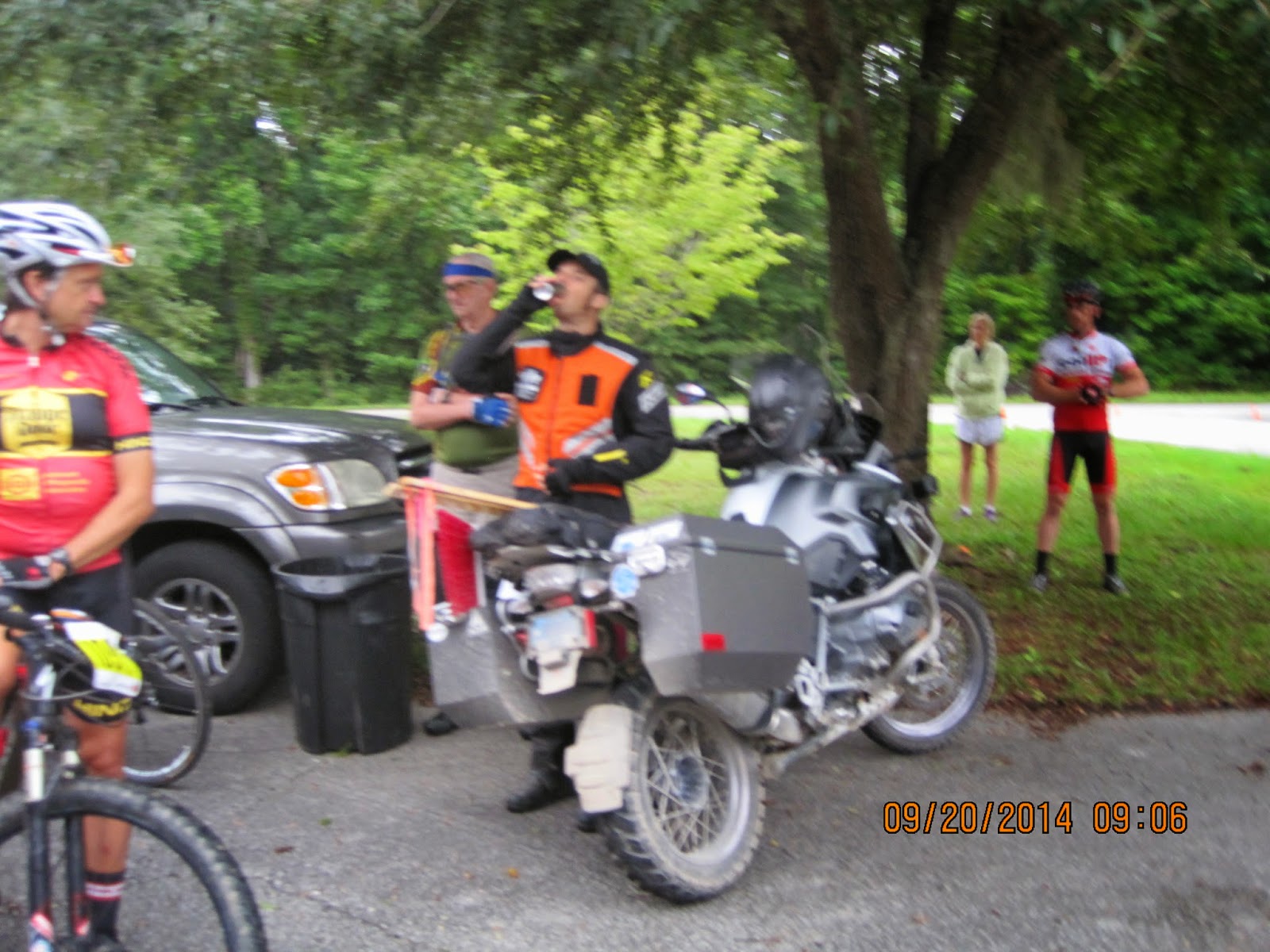 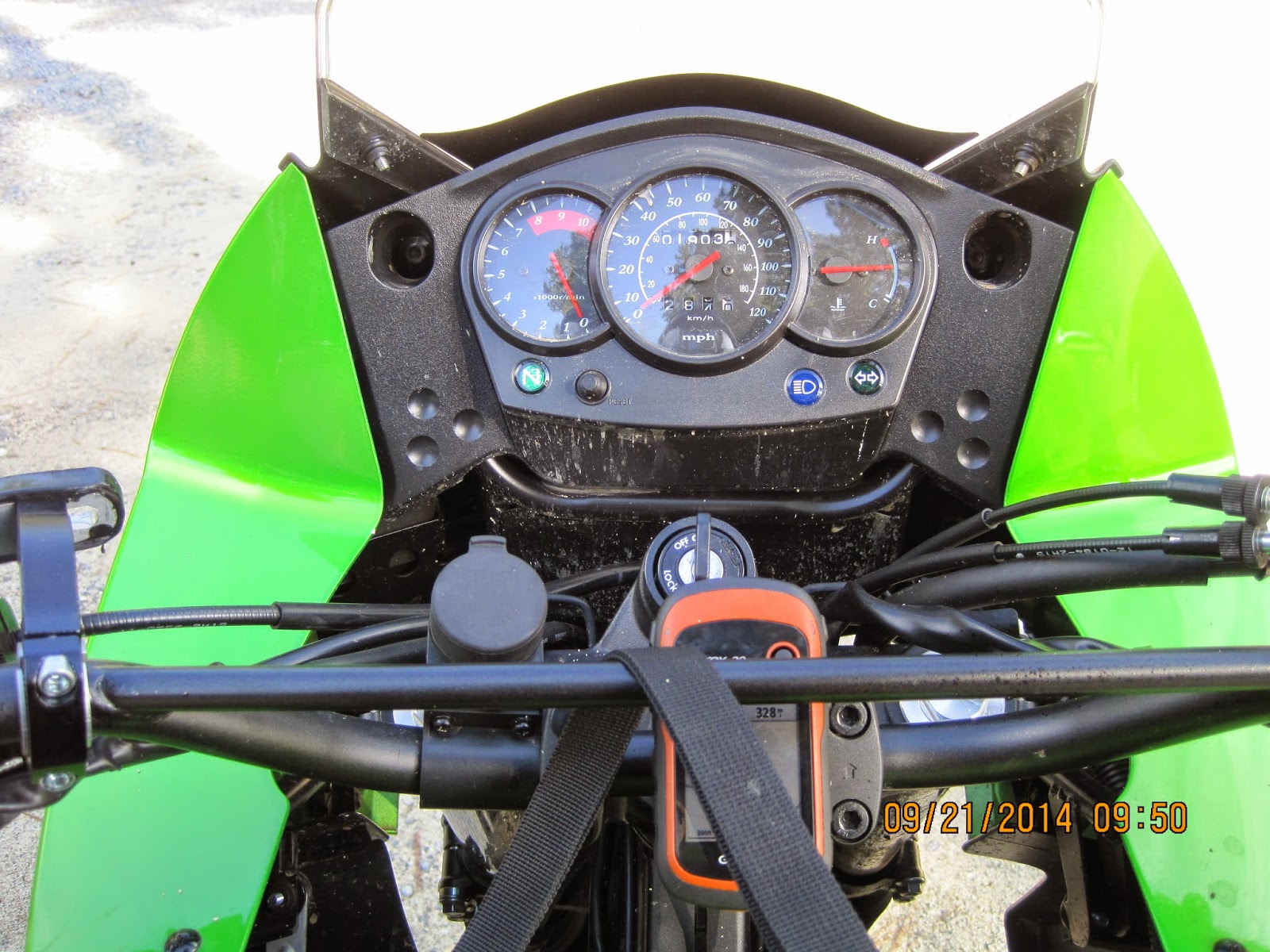 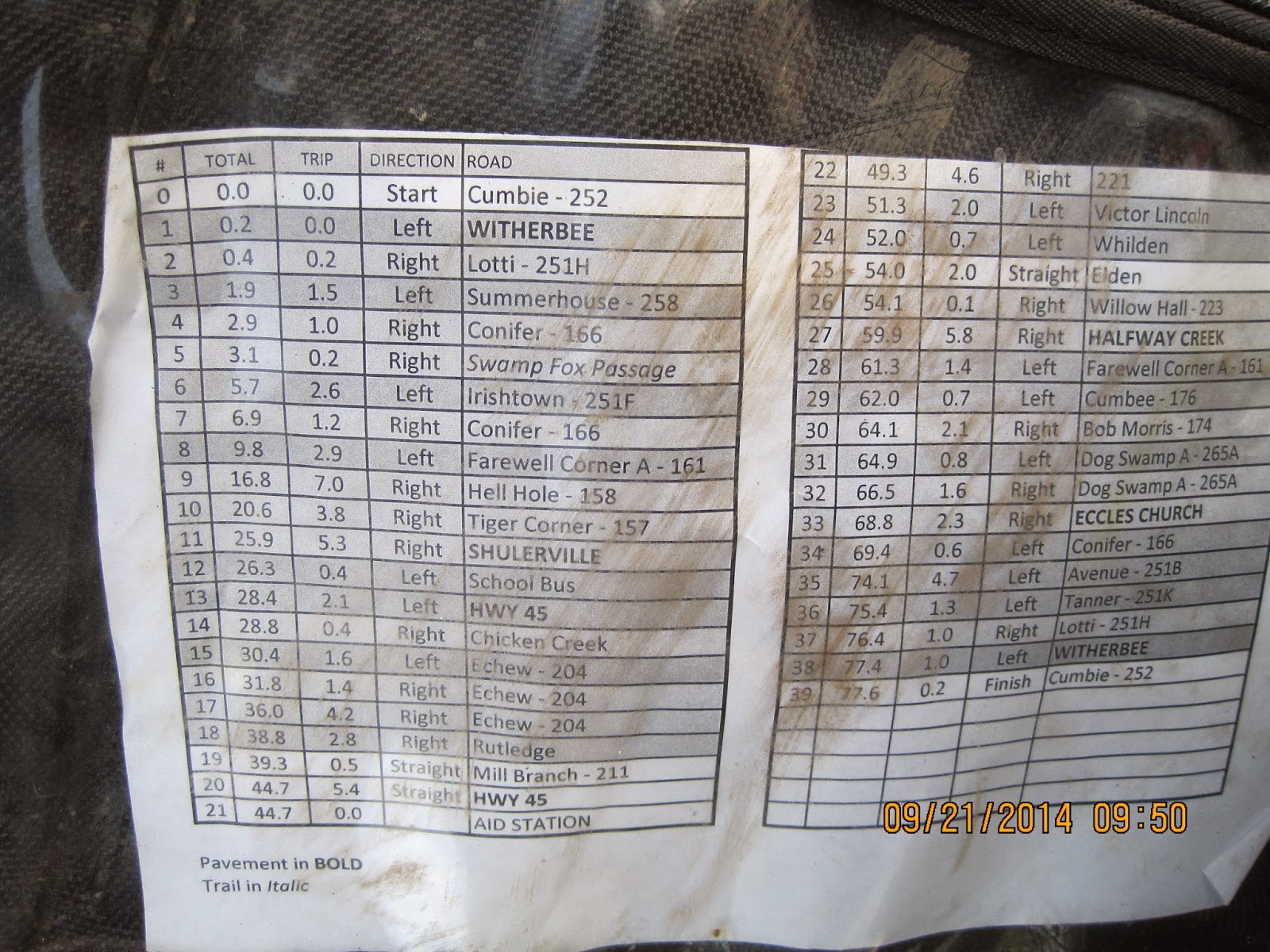 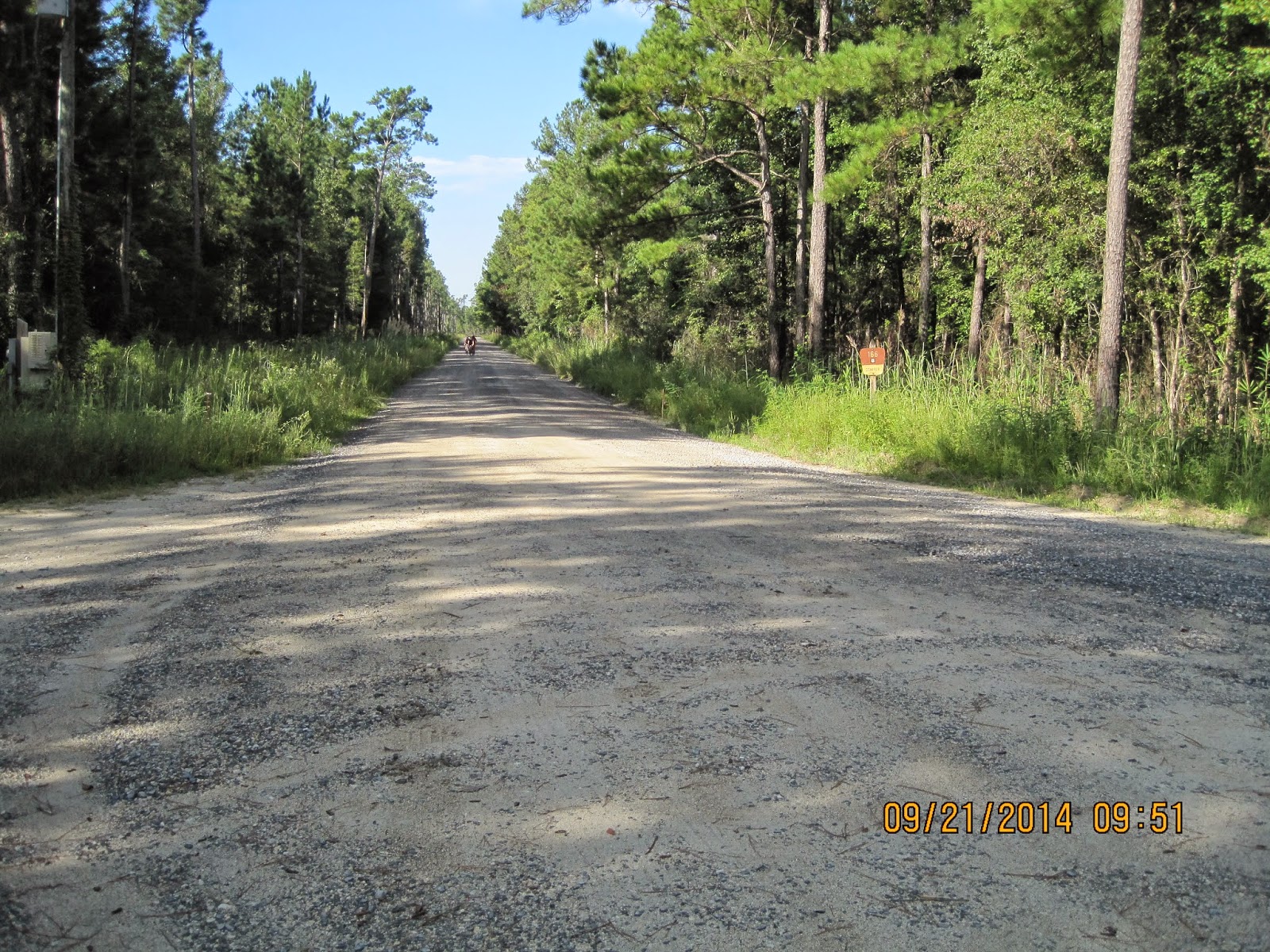 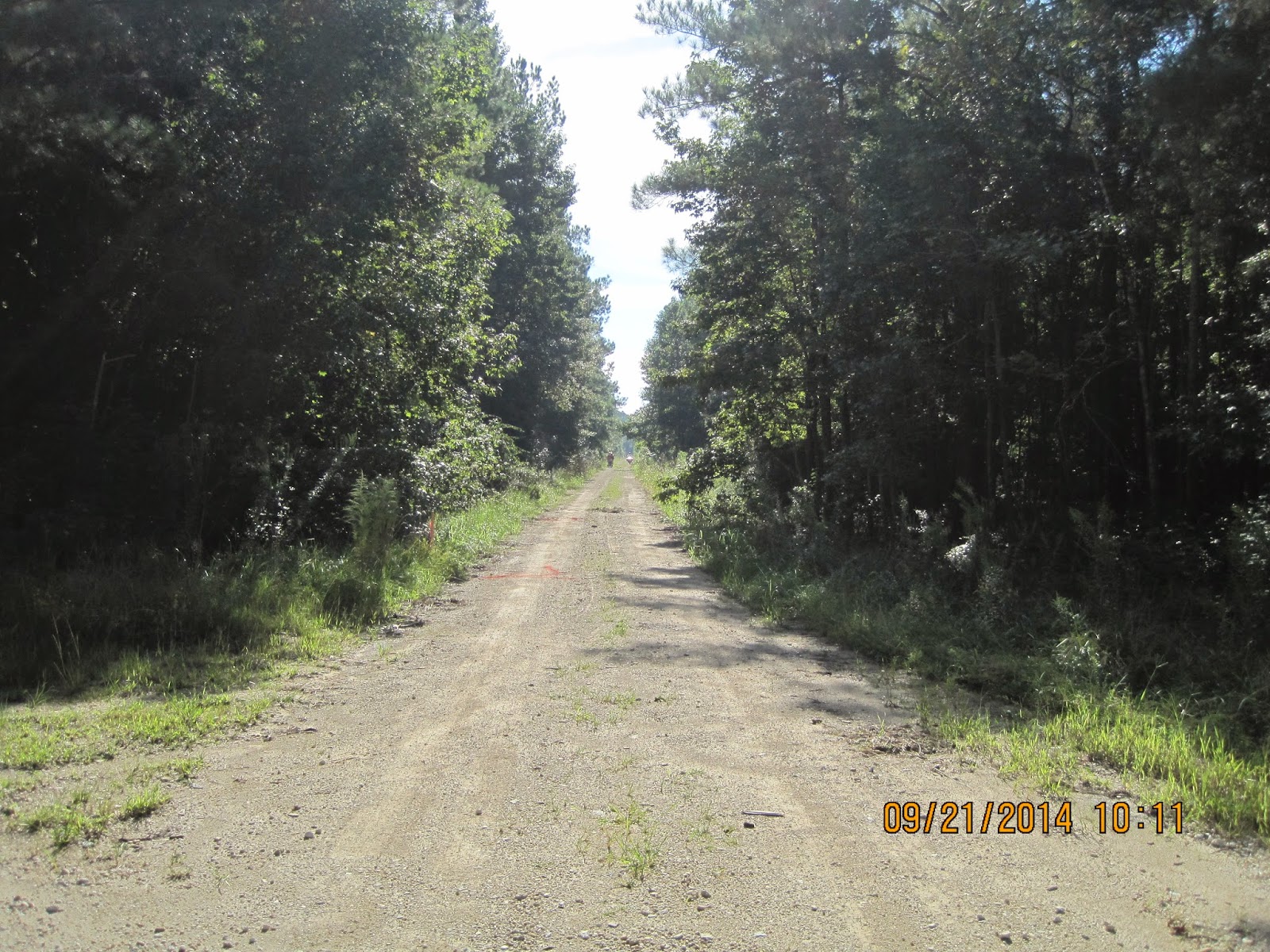 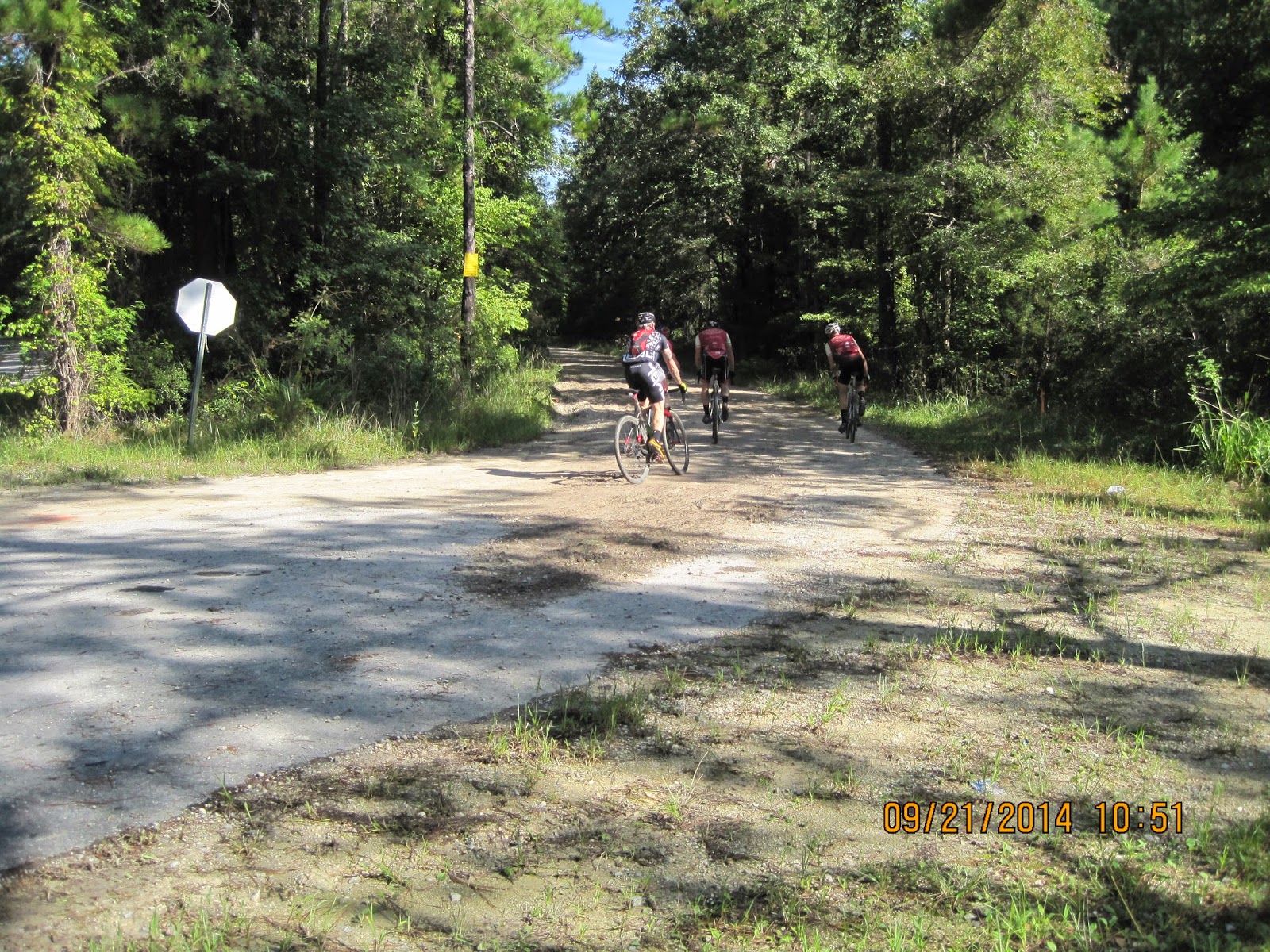 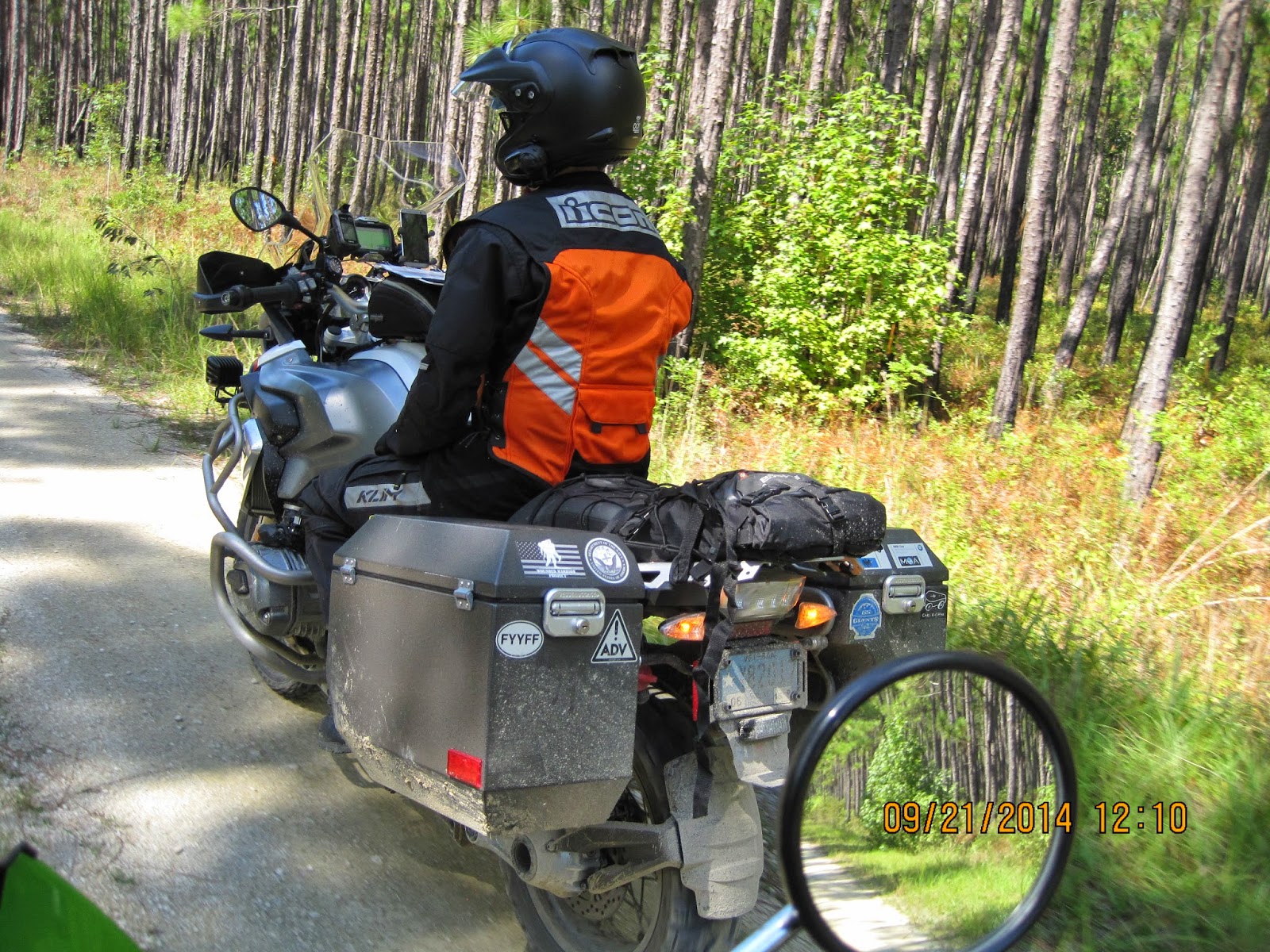 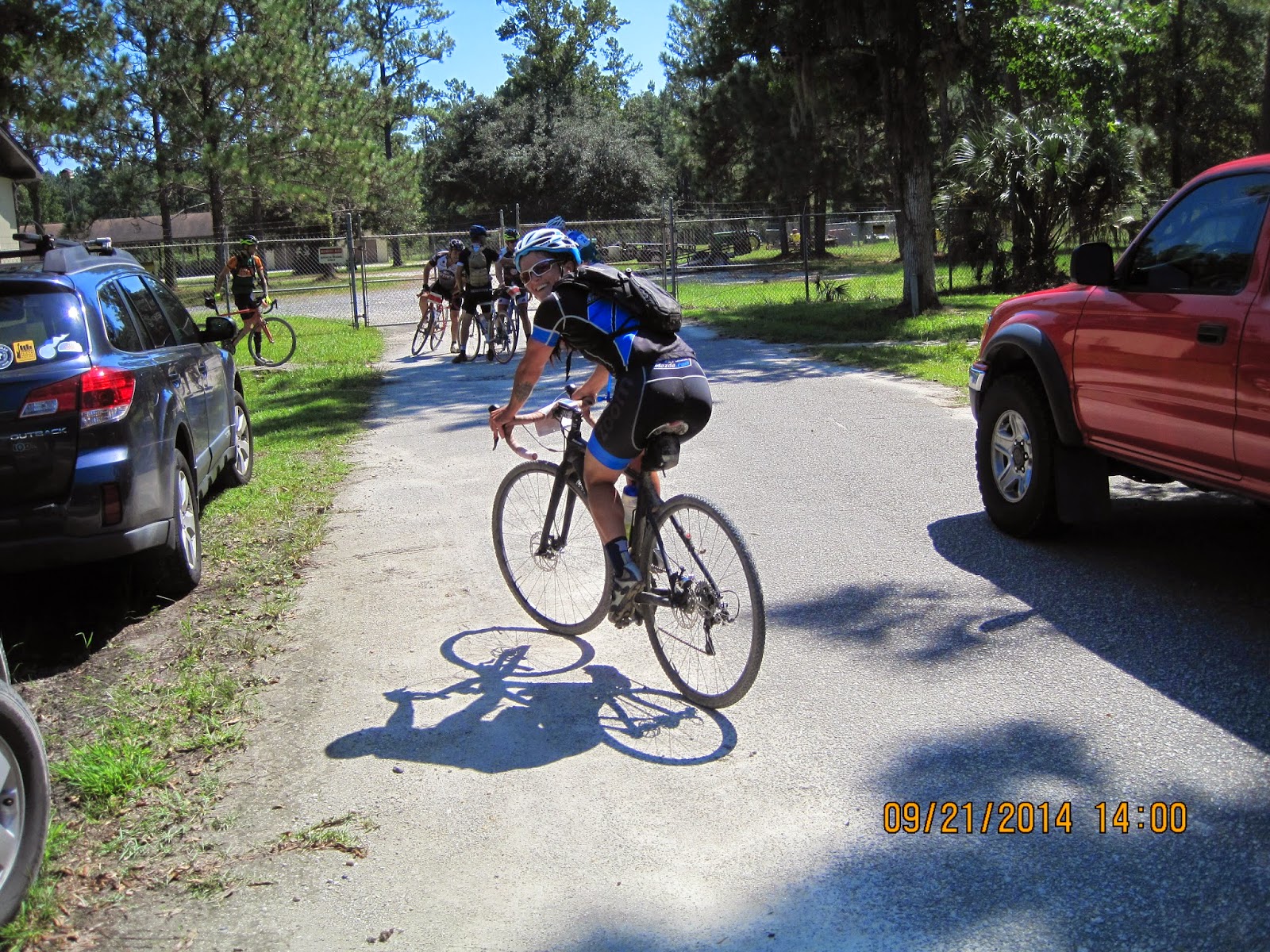 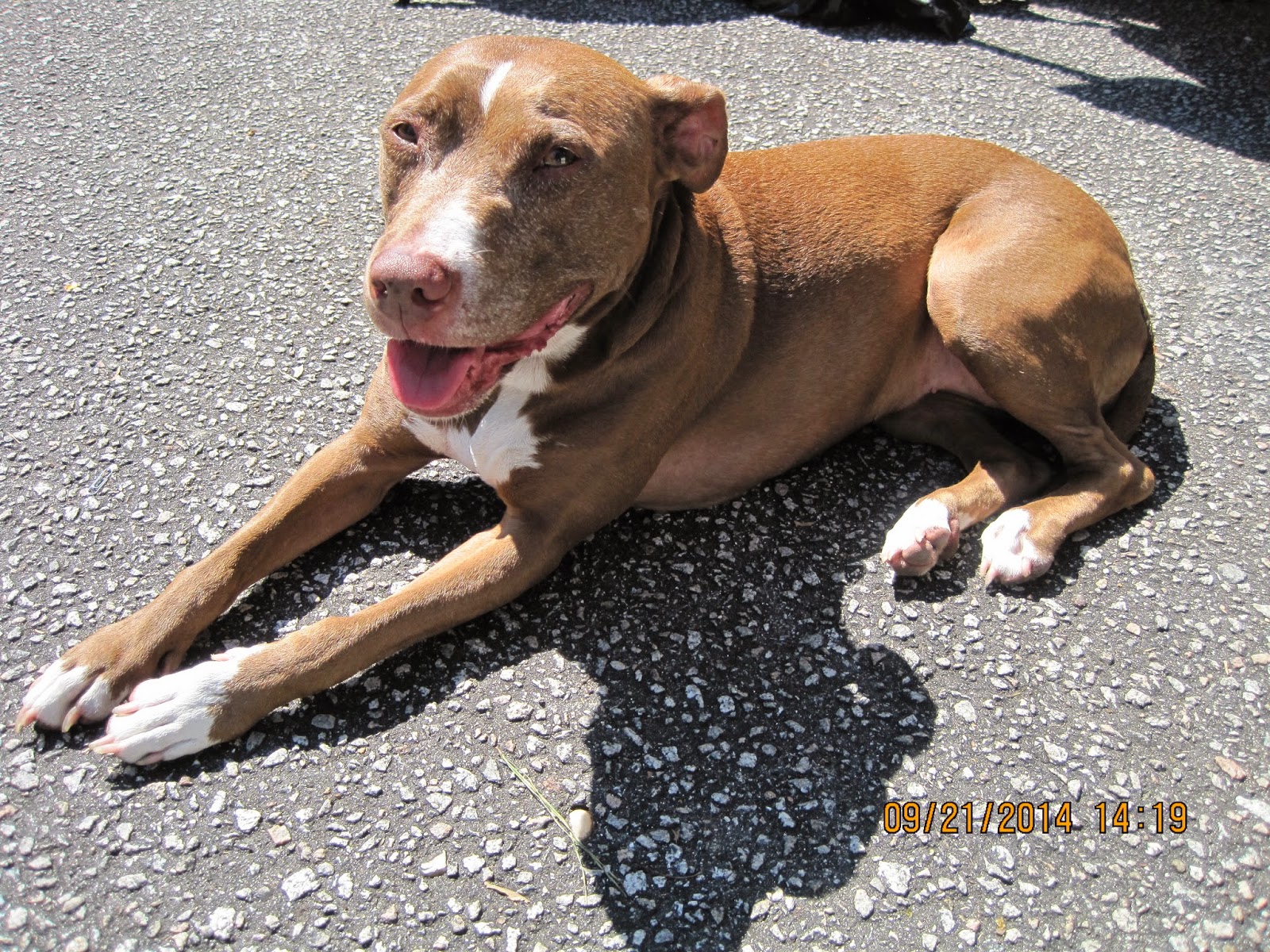 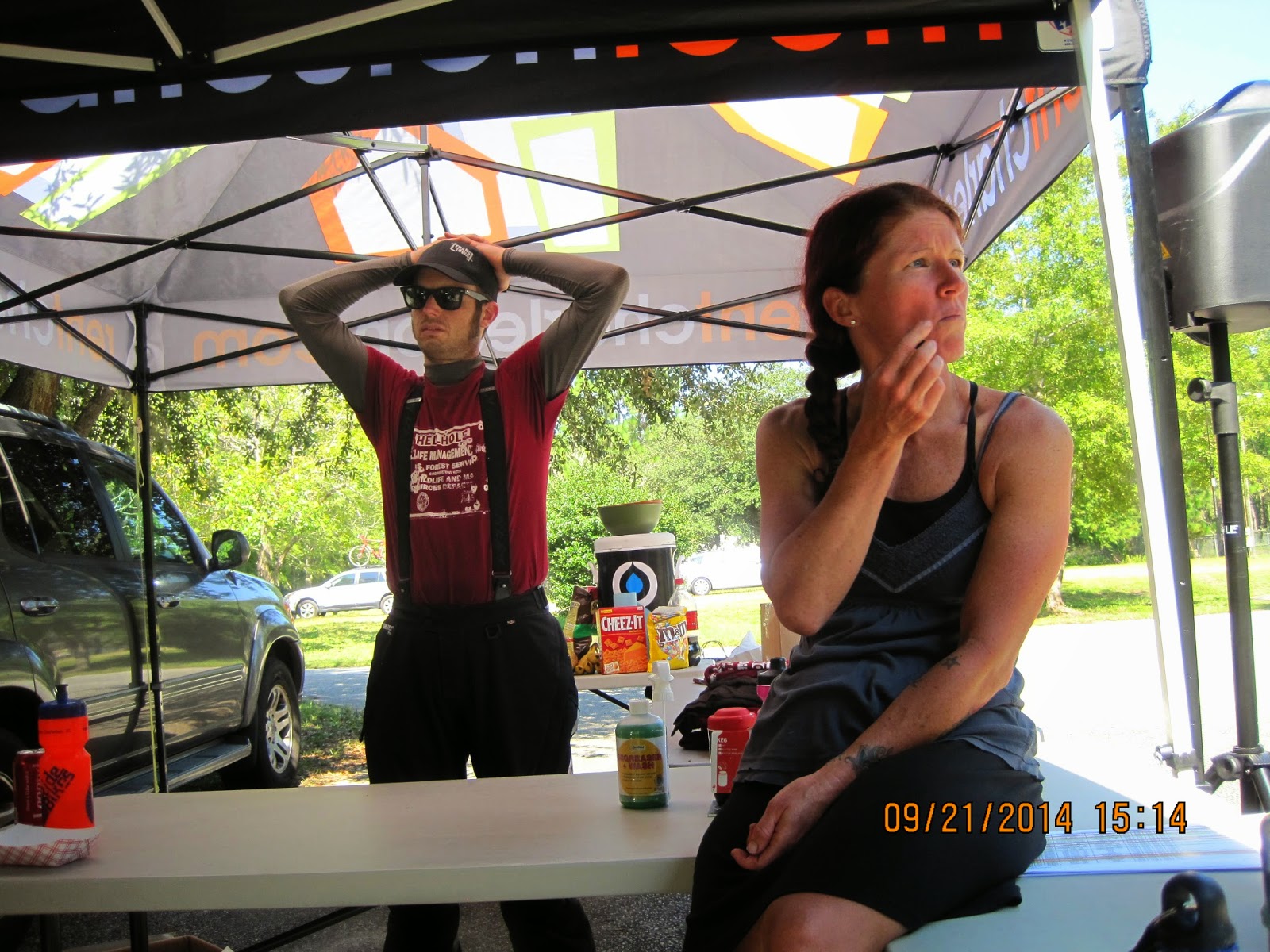 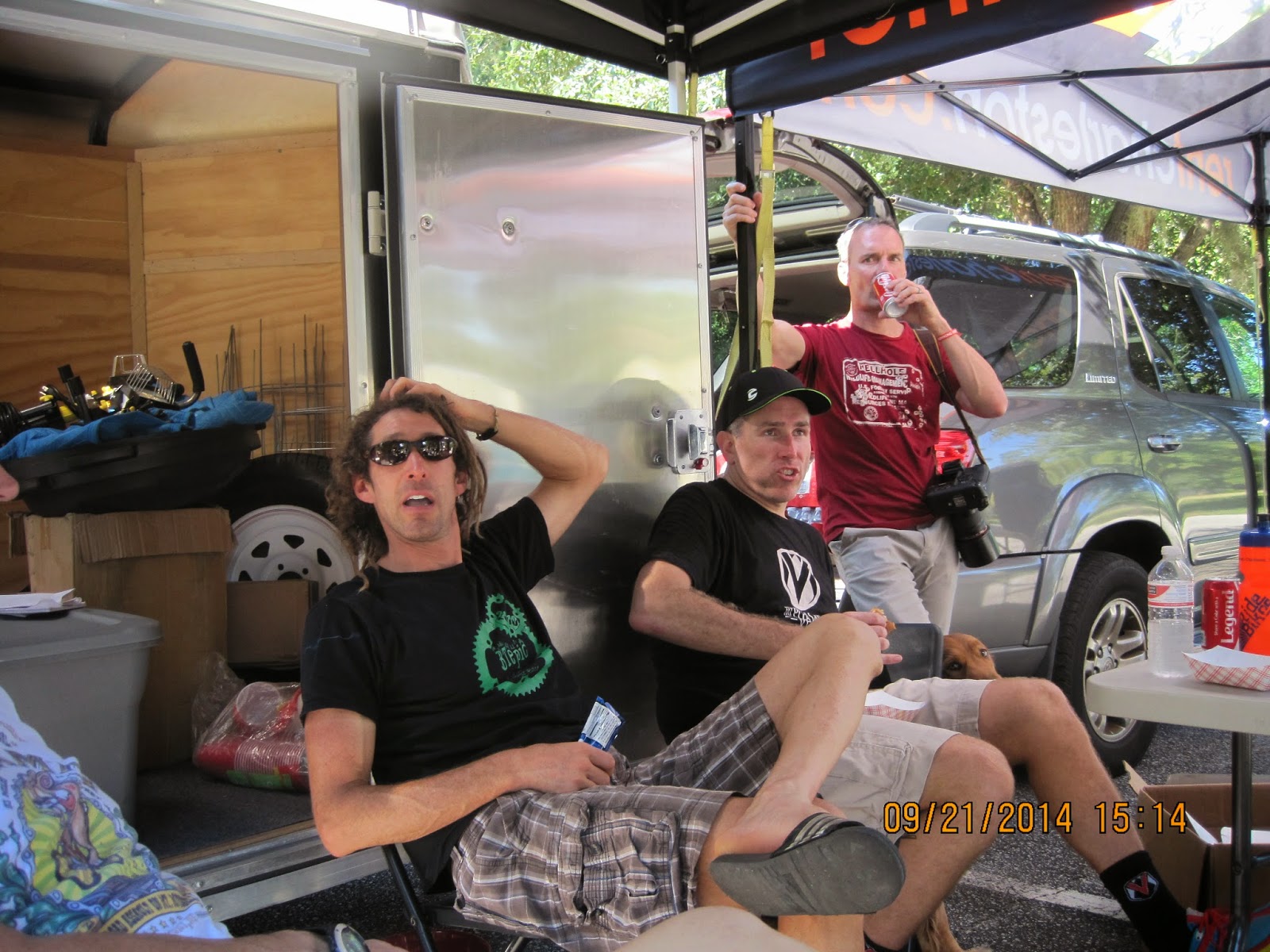 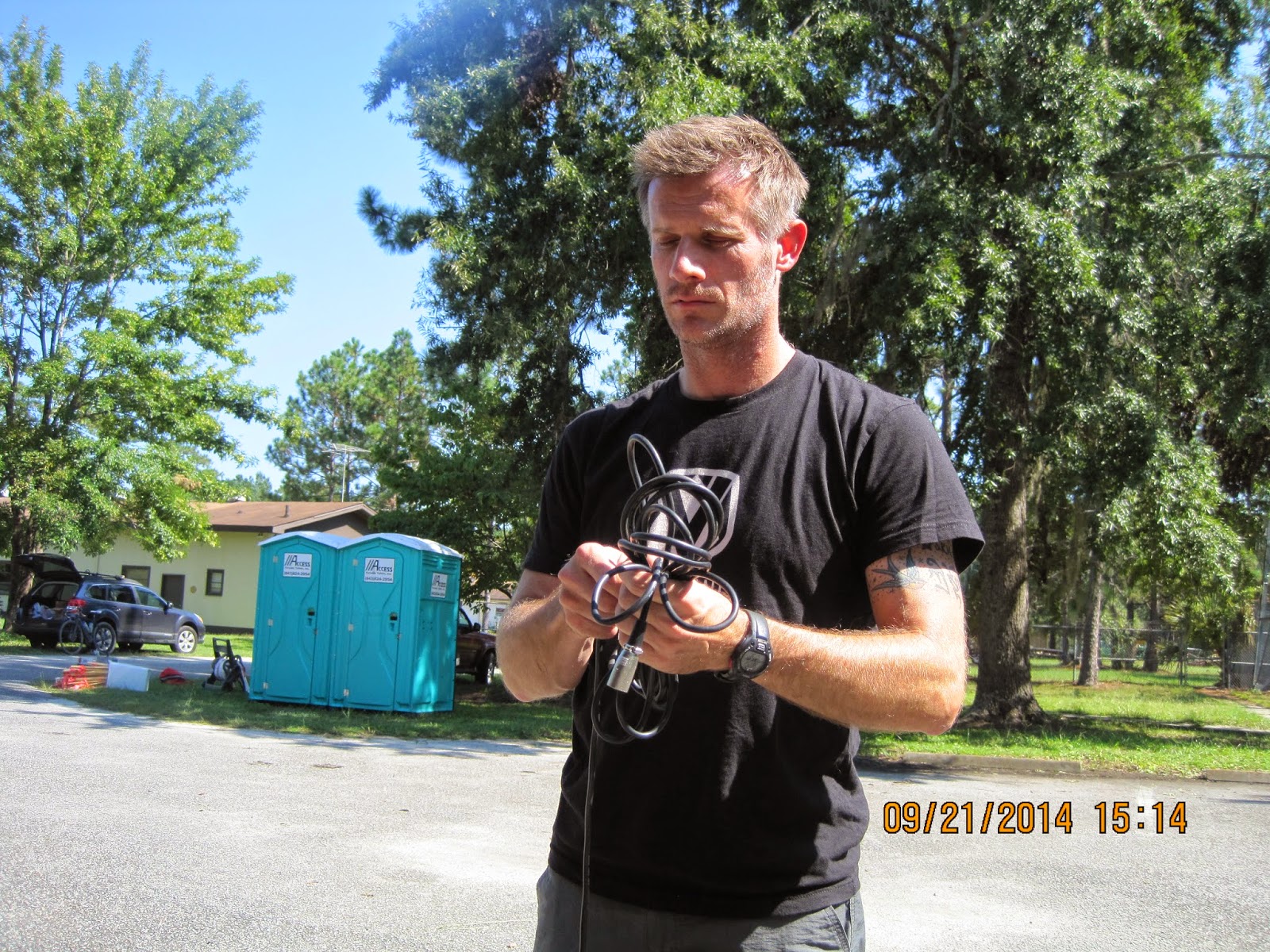 Posted by LowCountry Joe at 5:37 PM