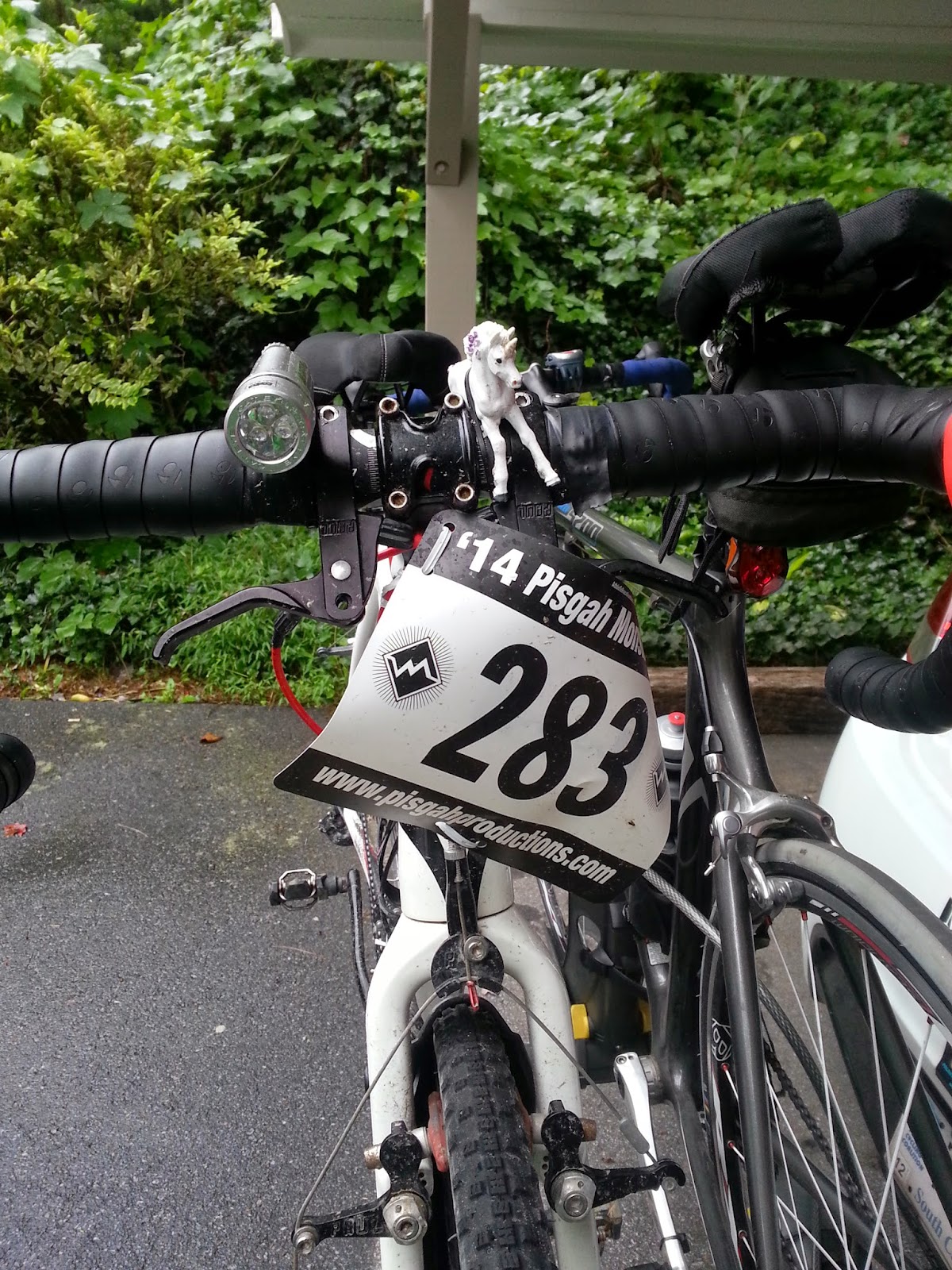 Once again, I found myself getting ready for one of the more scenic, fun, and enjoyable gravel races of the year.  Pisgah Monster CX, hosted by Pisgah Productions, is a gravel race up through select forest service gravel roads leading up to the Blue Ridge Pkwy.  It is a very challenging race as the climbs are steep and the gravel descents are loose and twisty.  I seem to do a little better every year and this year I was not counting on anything spectacular as I had just completed TNGA a few weeks prior.  I also did not have a bike built up for the event as my super carbon gravel bike turned out to be a flop since it could only fit 32c tires at most.
This time, it was a little different...there were others from Charleston coming along!  So cool! For a few years now, I have been making the trip up to this race by myself and it is fun when you get there as I get to see many of my Asheville and Greenville friends.  This time, though, the MTP Velo team was rolling up in full force!  Michael Bannister handled the logistics on a place to stay in Saluda and everyone was pumped to attack the gravel climbs in the beautiful Pisgah mountains.  The 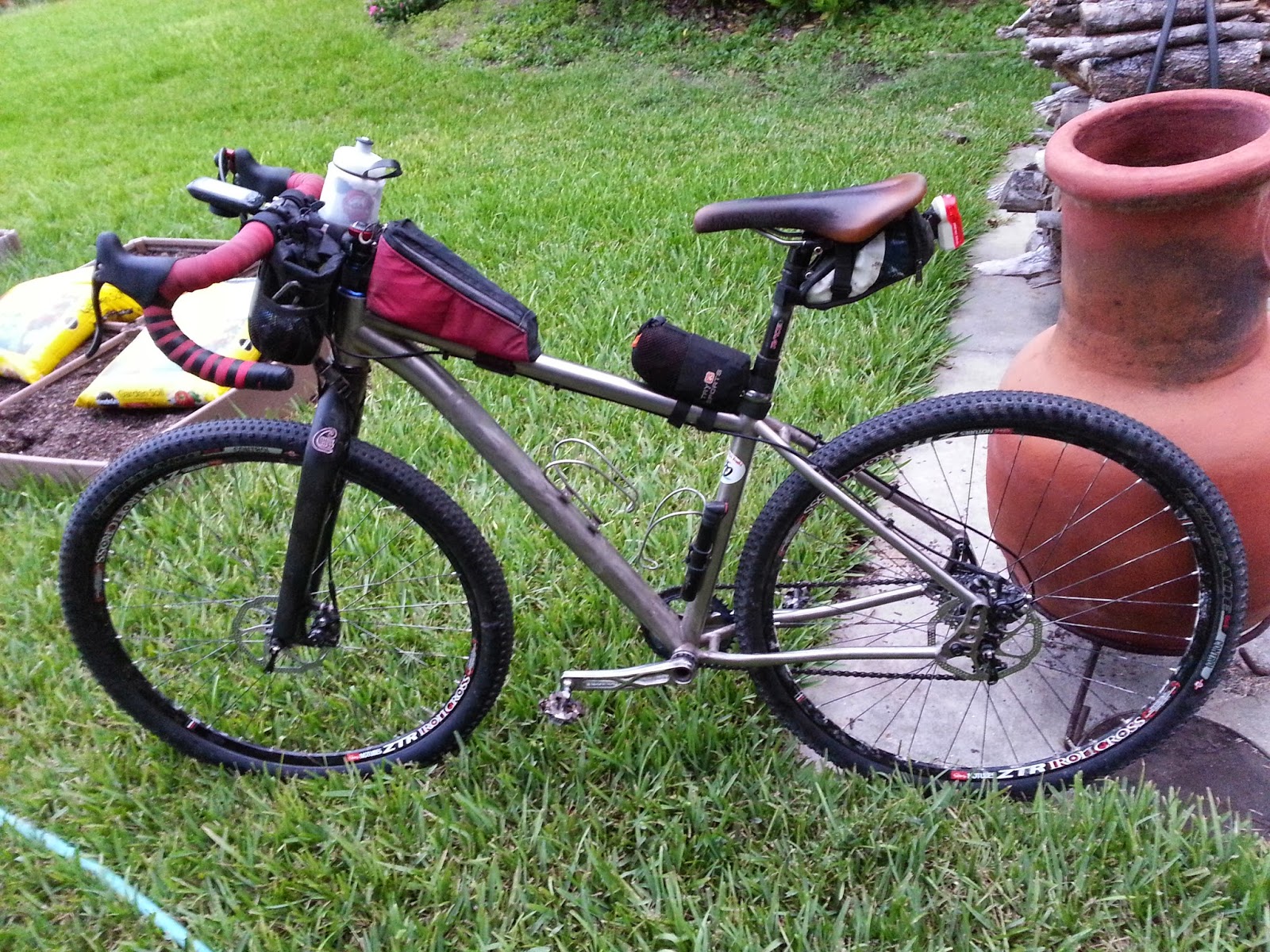 I finally settled on converting my Salsa Selma since it would be the quickest and easiest to do in the short time window.  I added 9 speed gearing and turned her into a 1x9 with Salsa Cowbell drop bars rigid with my Iron Cross Stans wheels.  I was actually very impressed with the build and am considering this setup with beefier wheels for other bikepacking excursions.  Regardless, I had a bike setup, my fitness was still in the toilet and everyone was pumped and nervous since they had never attacked the gravel in a vertical sense.  It was going to be an epic day for sure.  Not only did the MTP Velo team head up, but a few close friends of mine, Ed and Alice Thomasson had finally decided close to last minute to also commit to the race.  I was pumped!  We had a huge group and it was going to be a blast!  Race time came up quick and I found myself rolling up to the mountains with Ed and Alice. It was a nice non-eventful trip up to the house in Saluda as we made it by early evening.  Everyone scrambled to find a bed and I got stuck with Bannister ;) .   I thought he was going to be a royal pain in the pass to bunk with, but I found him to be an ideal roommate regardless of the flatulence wars that occurred.  That night we were treated to one of the most incredible meals by Mr Bannister that I have ever had the privilege to consume pre-race.  Libations were consumed lightly with anticipation that everyone would perform well the following day.  I went to bed filled to the gills with good food and lots of water to ensure optimal hydration for what was to come the next day. 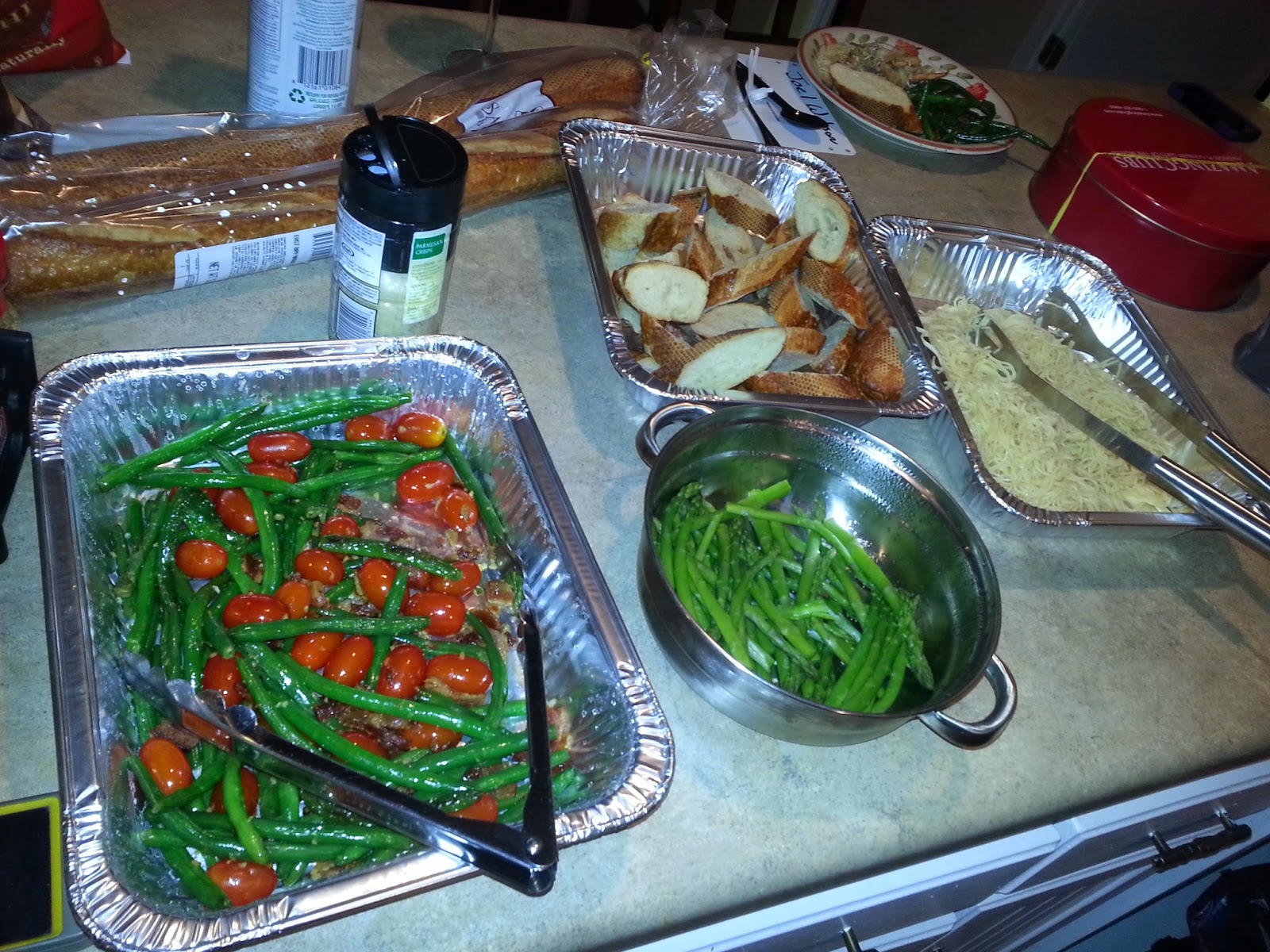 Morning came too soon and everyone was already up and scrambling around to get to the start line.  Steve Sperry had cooked up a breakfast meal fit for a king and was very much in tune with properly loading up a racer for the main event.  Alice looked very worried as this was the most difficult bike challenge she had ever attempted.  I was also worried for her as I was not sure how she would fare out there in the bowels of Pisgah.  Nonetheless, she had Ed with her and he was more than capable of guiding and supporting her as he knows how to ride smart and strong.  So off we went to the start barely awake and my belly still full from the previous nights meal.  As we entered the parking lot, we realized we were a bit early which was great news as we could use the time to ease our butterflies.  I immediately found Mike Pierce, struck up a conversation with him and found he was running sweep this year once again.  I privately pointed out Alice to him and asked him to please keep an eye out for her and to simply point her down the mountain if and when she wants to quit the race.  He told me not to worry and he would look out for them if they lagged back.  Good friends are hard to come by and Mike is one of those good friends. 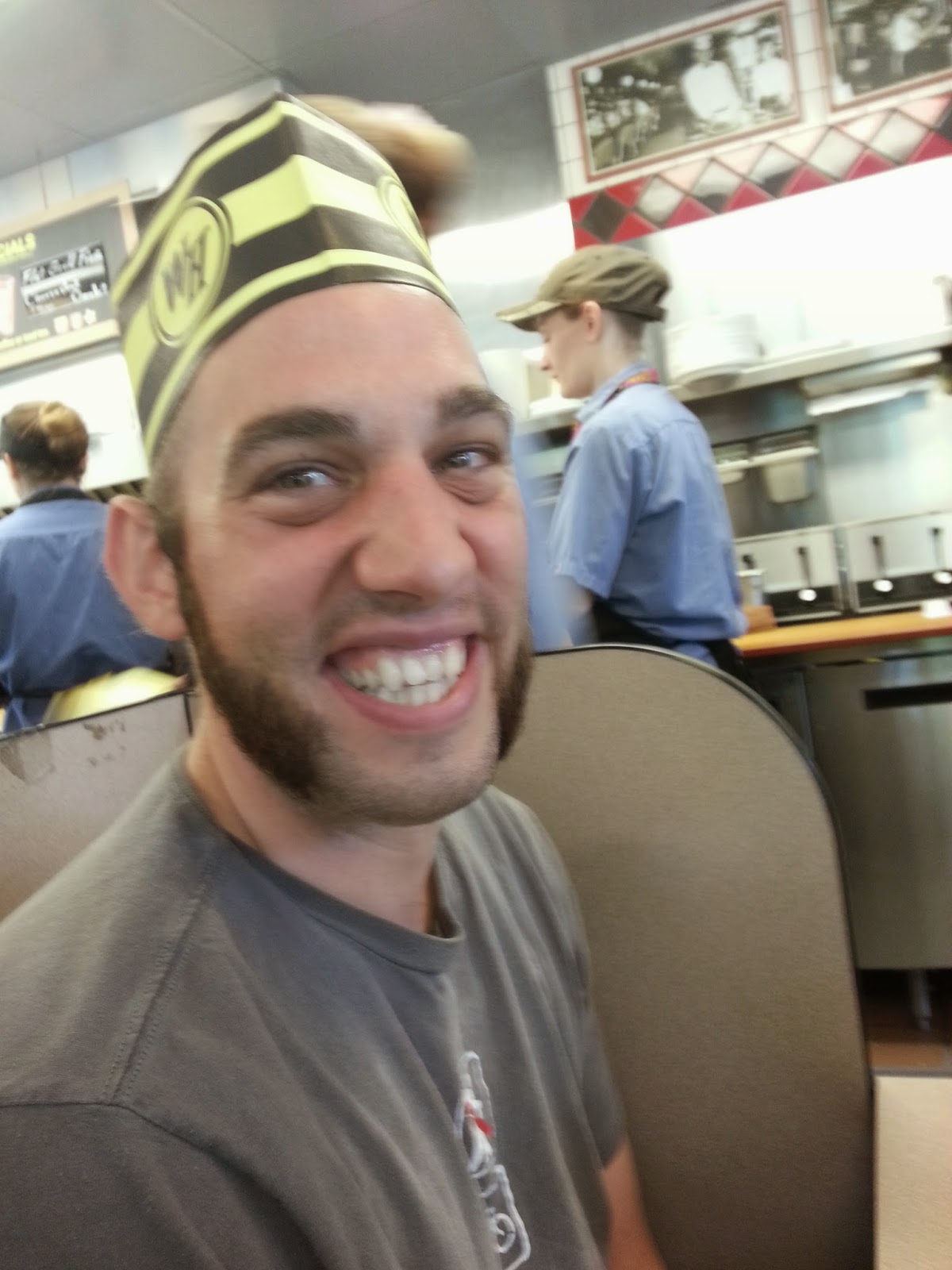 Ed, Alice, Patrick, Michael, Jane, Chris, Anne,  and Elisabeth all spread themselves out throughout the starting pack and finally Eric Wever gave us the signal.  The start was a bit more abrupt than in previous years due mostly to the great weather that morning.  I chose to start upper mid pack and worked hard to find my pace early on in the race.  As we tore up 276 towards the first gravel road, the pace resembled that of a road race with lots of drafting and pace setting going on.  Upon entering the woods at 477, the front of the pack made an initial attack and I paid heavily to stay on the wheel in front of me.  I could not believe that the pace was picking up this early in the game, but my legs were fresh and the bike was fast and nimble, so I continued onwards.  The initial part of 477 is punchy steep but levels out very fast, so I worked hard through the first part and held onto the pack upon the level.  I felt as if I actually had a chance this year based on all the base miles and long rides I had experienced thus far, but a little thing called reality set in and I once again found my place in the pecking order as the pitch grew steeper and steeper.  At first, I was answering each and every attack up the steeper sections with ease, but the gearing that I had chosen was still very tall for the very long day of hectic spinning that lay before me.  Not only that, but my legs let me know that they were not used to the pace I was trying to set.  After about the 6th mile, I realized I needed to find a different wheel to follow if I was going to survive all day and my excited rally came to a massive slowdown.  It felt as if I was being pulled backwards through a vacuum as everyone I was chasing started to pull away.  Surprisingly, some very strong guys were still coming up and by me which let me know I was going out too hard.  So I set back, found a steady pace and lifted my head a bit to enjoy the scenery of the Pisgah woods.  After about 30 minutes of this, I see a familiar red head tailing a pack flying by on my left.  Anne had her head down and was very much putting in some work.  They went by me too fast to let her know that she was going out too hard...or was she?  I really didn't have  clue...was everyone just that much stronger and prepared for this race?  Should I be cutting back my pace so soon in the race?  Too many questions, but only one clear answer: my legs set this pace.  I couldn't do anything but pedal at this pace.  It hurt to go too much harder and it was too soon in my opinion to ignore the pain.  Therefore, I crept forward at my slow ass pace since my gearing was maxed out and I was feeling a bit low for a little while.  I really didn't let it get to me because I knew that this was the right plan of action at the moment. 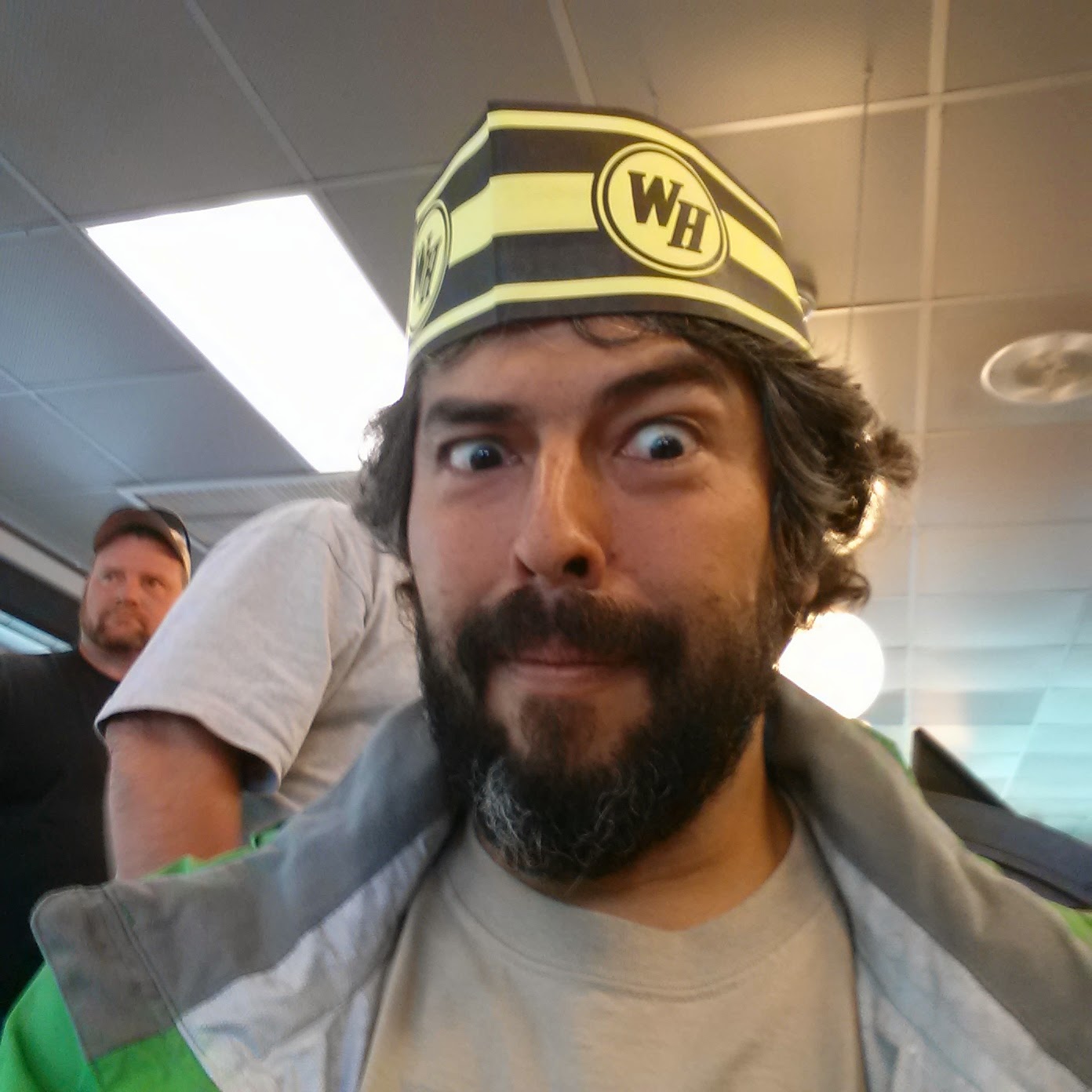 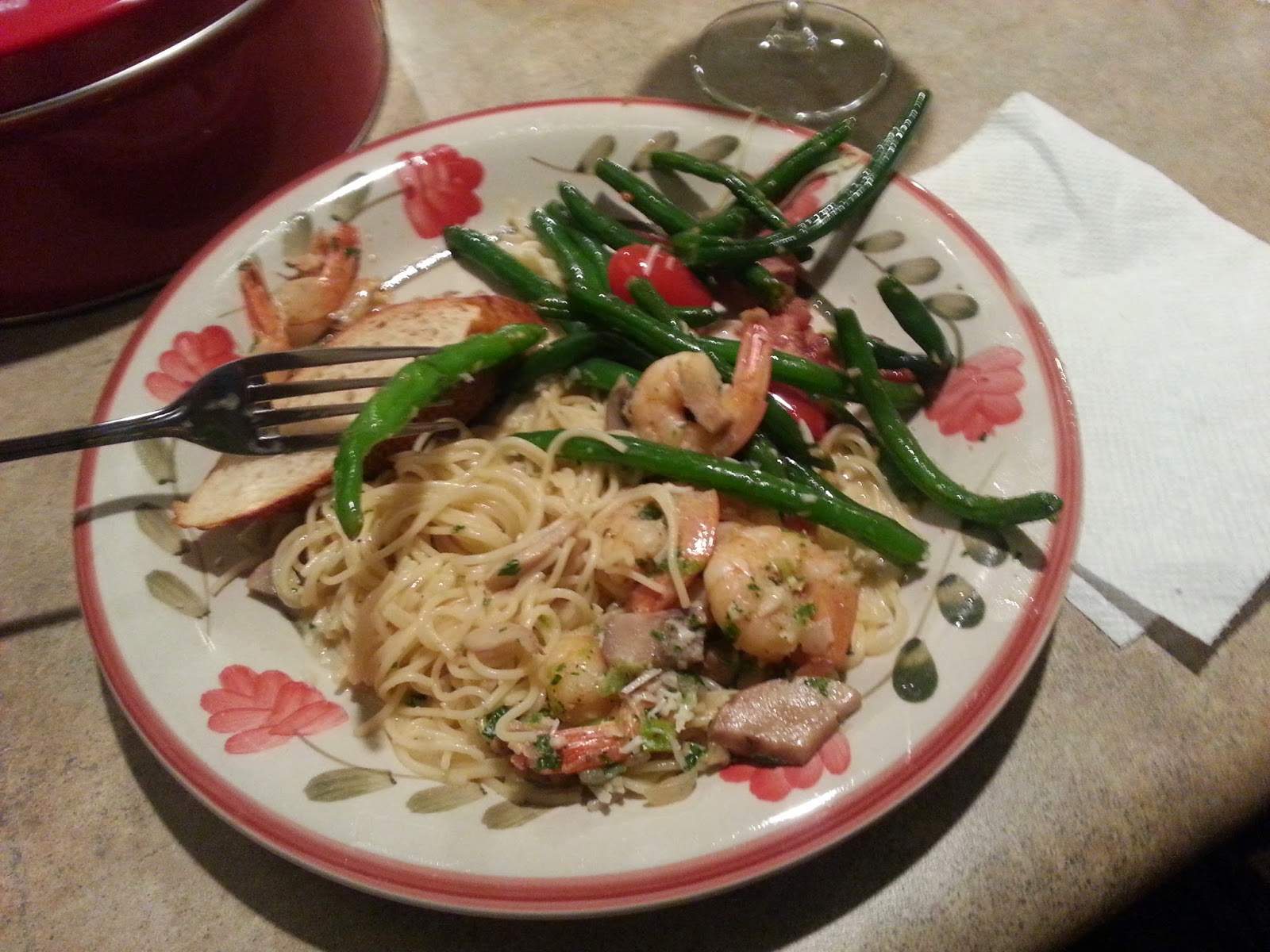 Everyone else came in shortly after I had mostly due to my bonking near the fish hatchery, minutes accumulate quickly when one is against the wall.  Ed and Alice came in several hours after I did, but thanks to Eric and his amazing group of volunteers, I was updated regularly on their status and continued efforts to complete their own challenge.  That night we once again dined on an endless supply of pasta, shrimp, chicken, and vegetables all of this washed down by some of the finest beers we could manage to get ahold of.   It was good to be back among friends and fellow bike lunatics...

After a wonderful nights sleep in Saluda once again.  Ed, Alice, and I wandered back up to Hendersonville and over to the Waffle House since the Pisgah Hub was not yet open and Ed wanted to buy bike stuff.  We met up with Mike Pierce and devoured some greasy morning breakfast vittles.  Afterwards, we headed back over to the Pisgah Hub and embarked upon an unplanned all day drinking session at the bar inside.  We closed the place down.  Thats how much we love the Hub!  Looking forward to next year! 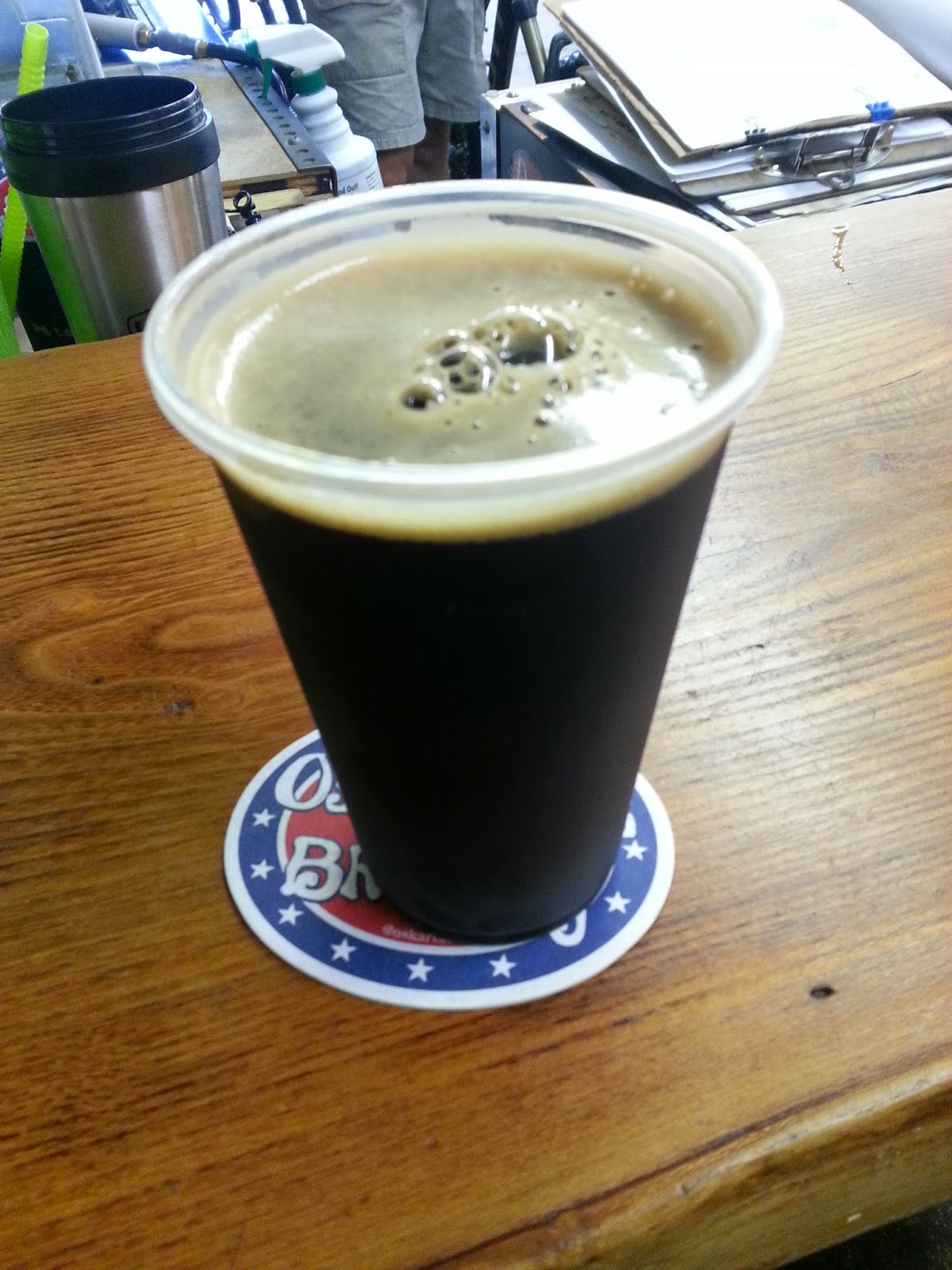 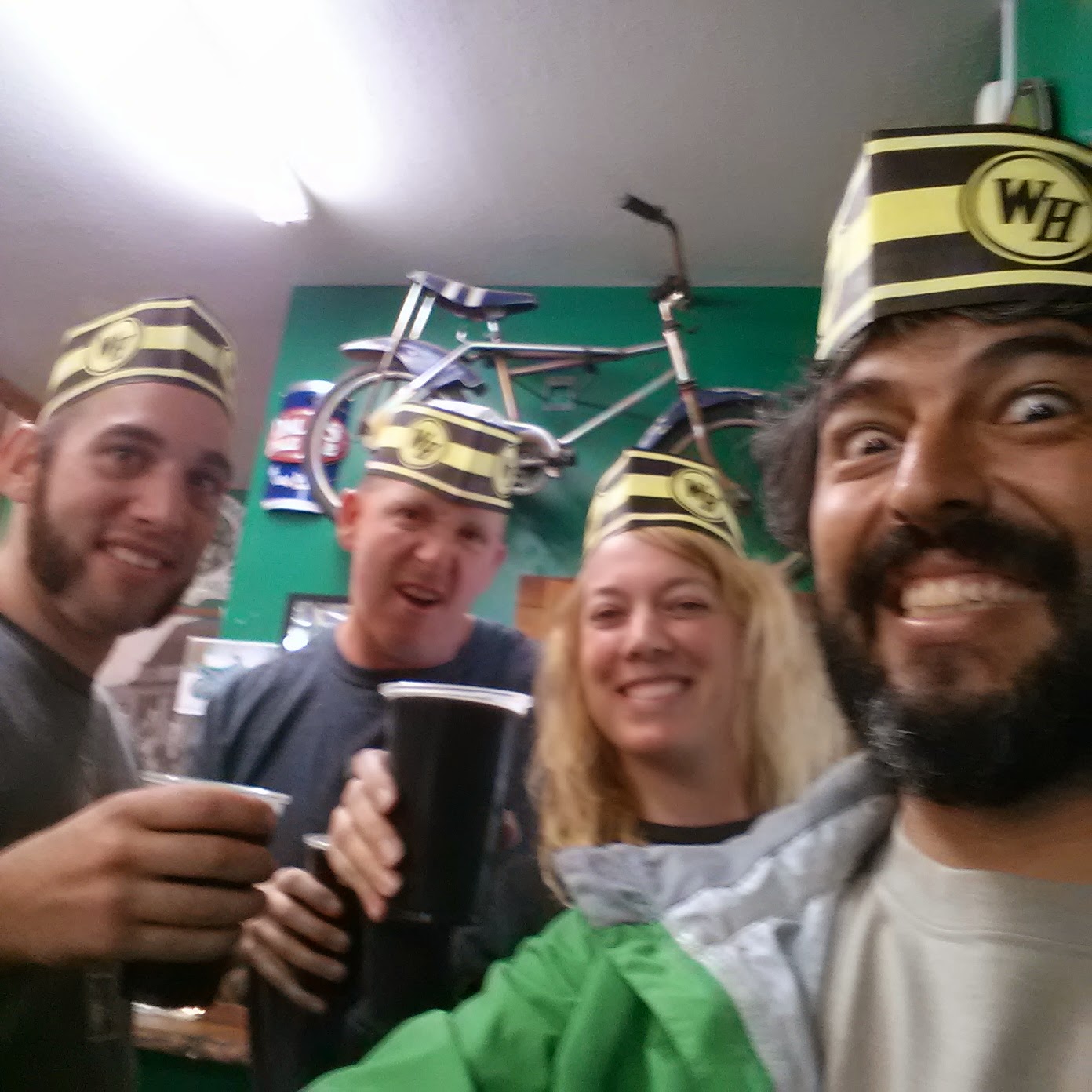 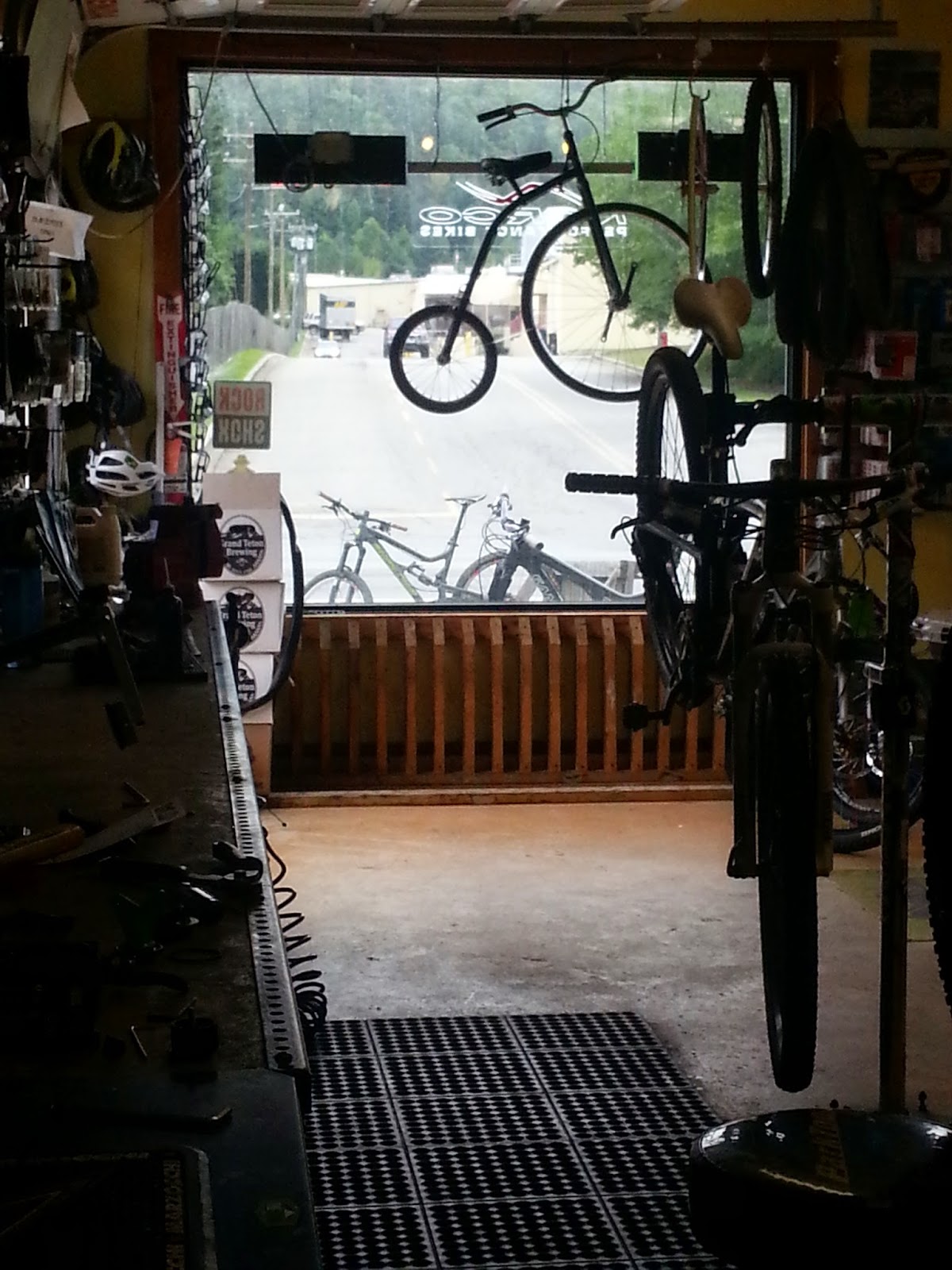 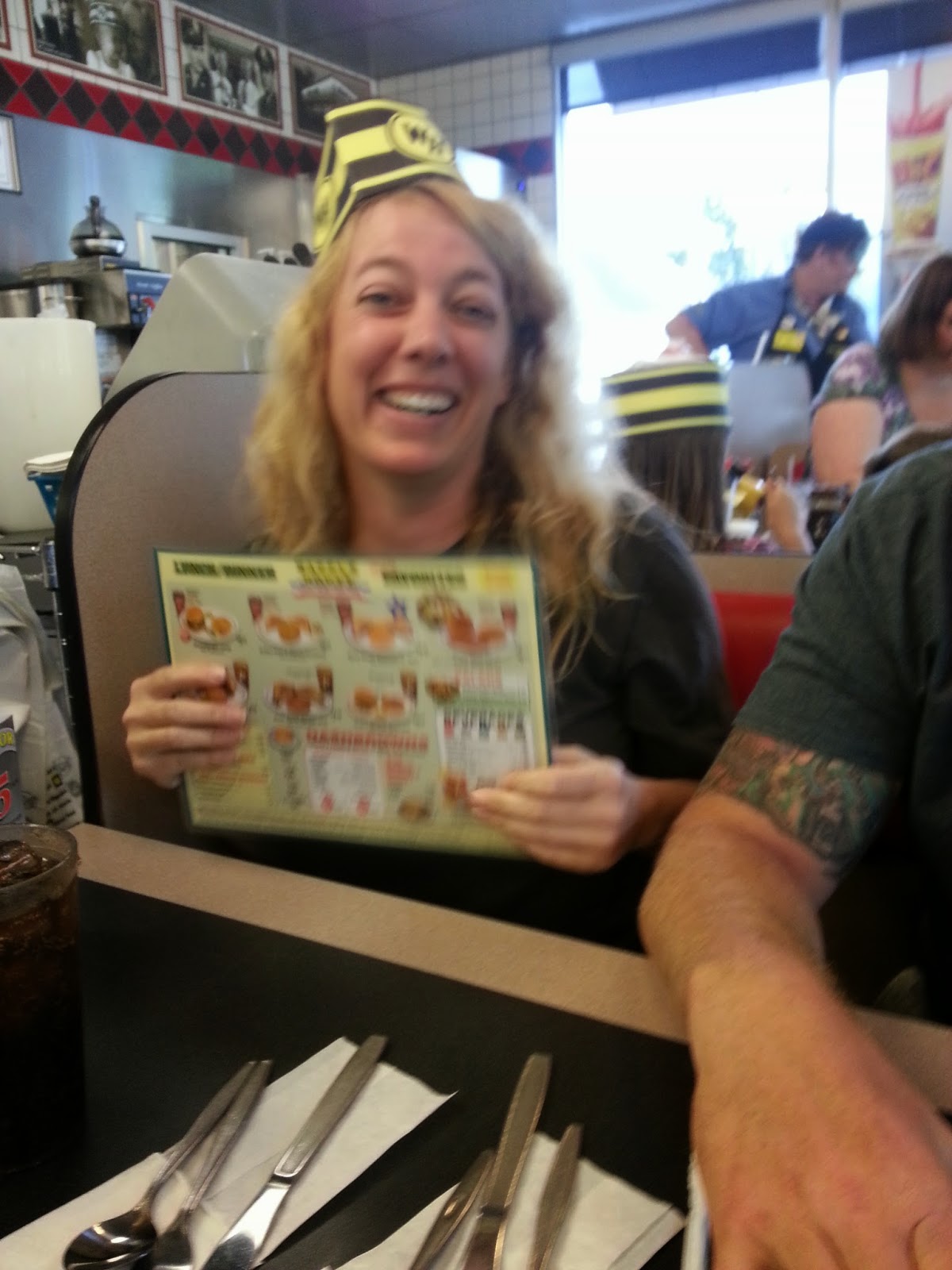 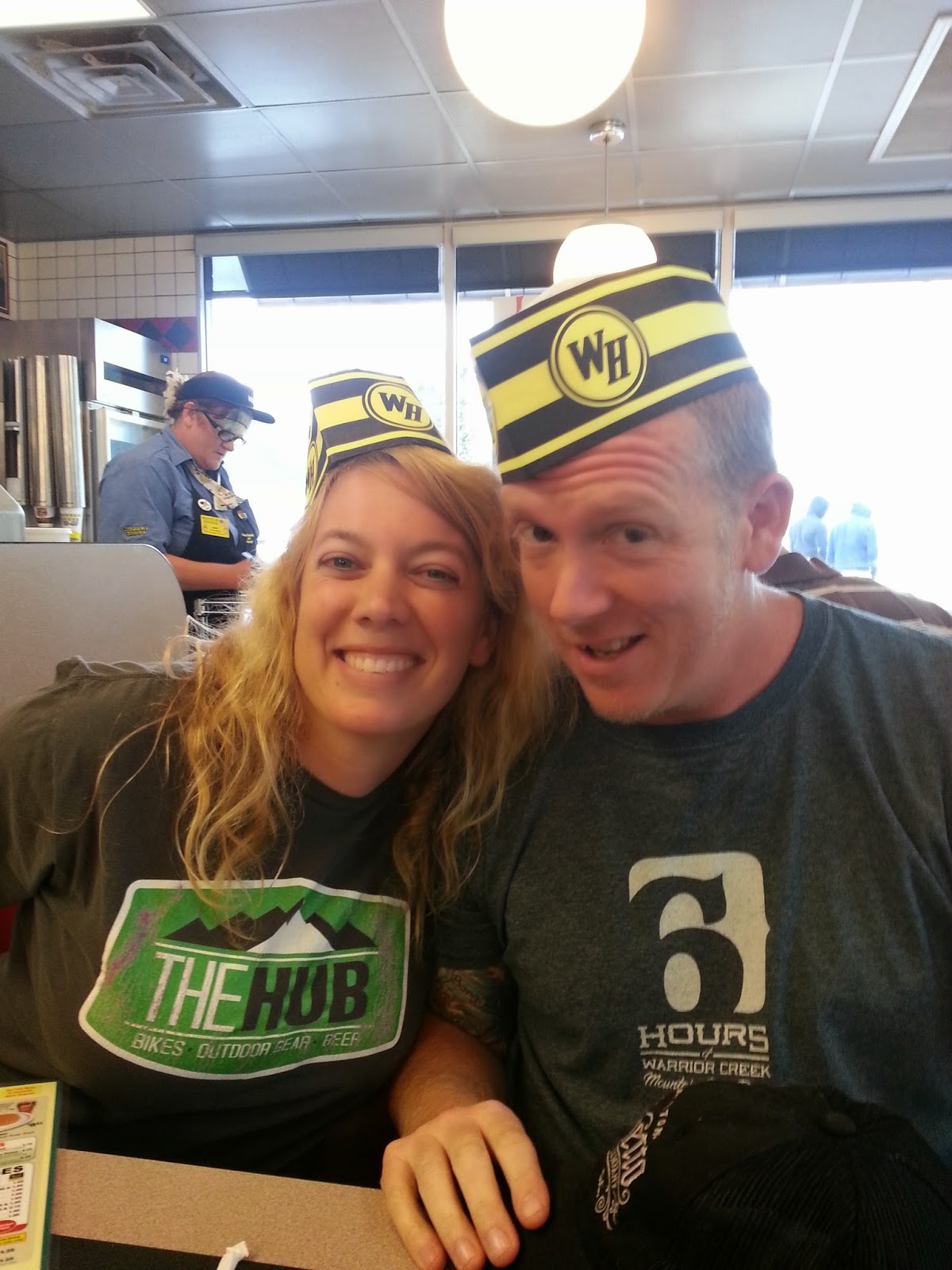 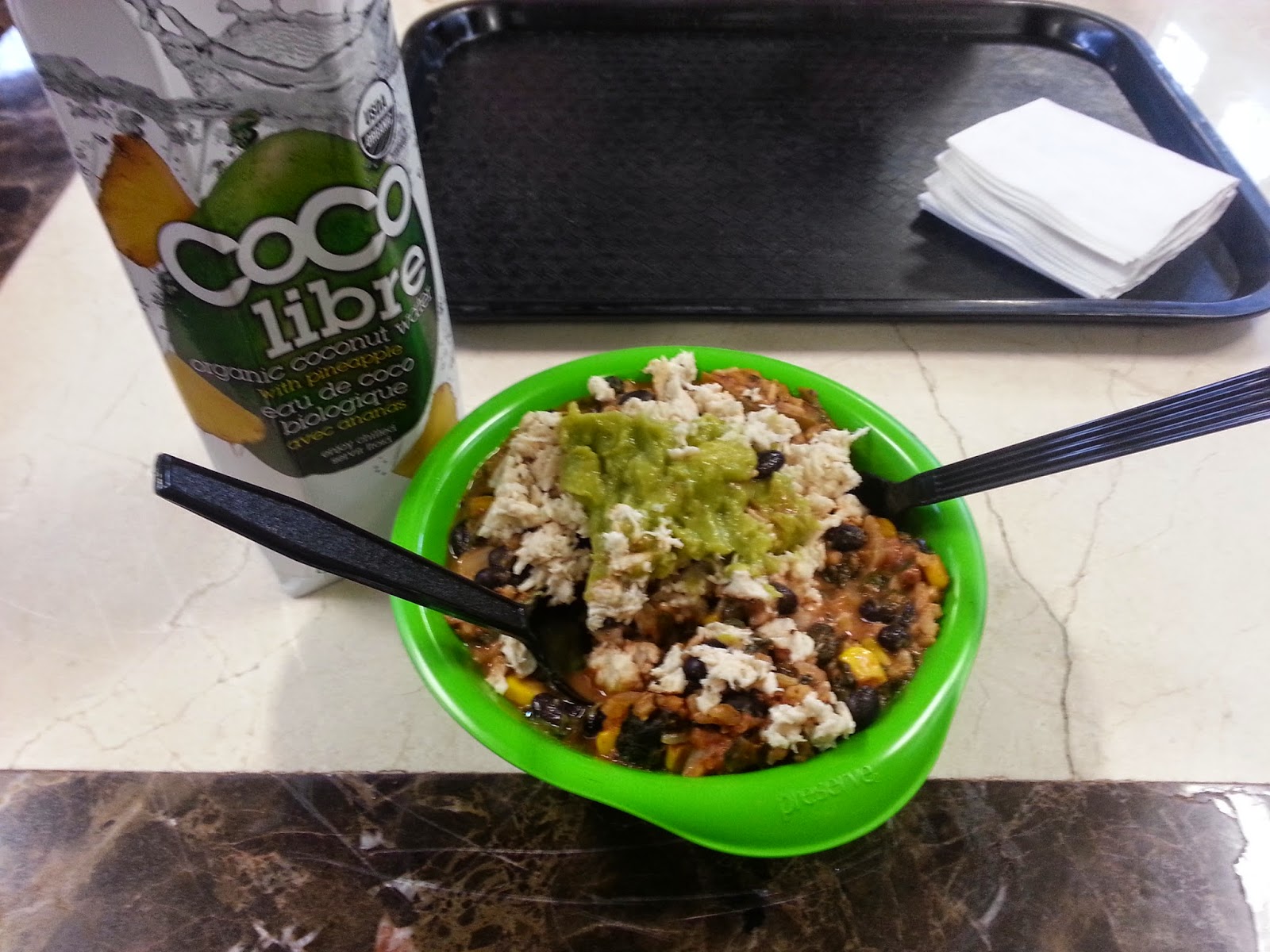 Posted by LowCountry Joe at 4:08 PM