After a long dry spell off the bike, I got the urge to pedal as hard as I could again. I found a neat sounding little grassroots race up in Wilmington called "Pedaling for Peanuts". It was for a good cause, and it was on trails in the Wilmington area which I had yet to explore, so I was definitely considering it. I started to talk myself out of it a week ago as I did not feel like I was entirely ready for 6 hours solo on the bike yet, but I really wanted to ride. Then, I got a invite to race with an old friend, Marshall Brown, on his Team Yellow Flies as his current partner had to drop out. It did not take me long to decide as this really sounded like a great idea based on my current fitness. I actually mentioned the race to a friend of mine, Justin, who went for it hook, line, and sinker. We trucked up to Myrtle Beach and met up with Marshall and proceeded to catchup along the way. He actually knew of another guy racing this weekend from Charleston, whom I had yet to meet, Ed Thomasson. Funny how many people in common we seem to know....

When I got our pit setup, met Ed and the others,and Marshall and myself registered,  I started to wonder whether or not my current setup was a good idea based on all this talk of roots, sand and tight turns...I have been pushing myself since the "Great ORAMM Disaster of 2010" to focus on riding taller gears, standing up and hammering more and quit wimping out on climbs by sitting in the saddle and spinning...Instead, I have been riding a super tall gear on the flats of Charleston of 42x12 and found this to be quite a nice bit of resistance.  I even rode this gearing on our local trails at Marrington and found it to be one heck of a tough exercise.  Thus, I went with the tallest compromise I thought possible: 34x17...which was about 57 gear inches...I was worried about the gearing, the fact that I chose to ride fully rigid, and went with a fatter front tire.  Only time on the trail would answer all of my questions.

I volunteered Marshall to go out for the first lap since I kind of did not want to go out too hard and punish myself right away.  Nonetheless, the team style LeMans start had me doing the running and Marshall waiting on me.  It was hard to run that fast since I had not sprinted in a long time...I came in second in the sprint and gave the baton to Marshall and off he went into the woods in a great position.  I went, sucking for air, back to the tent as the running really worked me over.  It felt weird to sit back and wait as I am usually going strong once they yell go until I can't go any further or the end of the race, whichever comes first.  Then out of nowhere, here comes Marshall looking strong, and before I know it, I am charging through the woods floating over roots and pumping over the hills.  I felt great, the gearing was perfect, and my legs were holding strong.  The trail was super tight, twisty, rootier than I imagined and a bit sandy in all the wrong places.  Nonetheless, I felt ready for this environment since our local trails share some similar conditions.  I flew through the switchback climbs standing up and out of the saddle on every climb.  This trail twisted so much that I completely lost my orientation after about 5 miles in.  I then simply followed the markings and hoped I was still on the right trail.  After what seemed like 10 miles, I popped back out of the woods and into the pits to a surprised Marshall who did not expect me back so soon.  I jokingly heckled him to get his gear on and move it!  He jumped back into action and I went back to the pits for a bit of downtime.  I got antsy after about 5 minutes and wanted to get back out there and race which was a good sign that I recovered from that lap quickly and was ready for more.

My next door pit neighbors, Ed and his crew had cooked some great food and I found myself nibbling and eating stuff I never tried in the middle of a race.  Marshall came back out in consistent time and off I went for my second lap.  I took off strong and immediately wrapped around a tall berm too hard and my low pressure tire got wrenched off my wheel by a nasty root.  I heard the bead pop and the tire went limp.  I went sliding off the bike to the right and got up staring at the tire not knowing what action to take.  After a moment, I decided to pick up the bike and run back to the pits since they were about 50 feet away.  I got back, popped the bead back on with a CO2 quickflate, and re-did my lap.  I was about 7-10 minutes down after all of this and still managed to put in a good lap, but unknowing of our current position.  Marshall then went out on his third lap still looking strong.  I sat back and started replenishing my water and sugars with my Honey Stinger goodies.  All of the new stuff from Honey Stinger tastes better than ever and am really happy I stick with these products for my race nutrition.  After an unusually long wait, I noticed a few teams coming through which I knew were behind us.  Then more teams, and Justin flies through once again looking really strong, whom I heard had one of the fastest lap times of the day.  I started to worry as I was cooling down fast.  I finally hear from Ed's teammate, Spencer, that Marshall had a mechanical and his seat came off.  I wonder what Marshall is doing and whether or not I need to start the lap over to get things moving.  Before I make any decisions, Marshall comes riding up telling me he has been standup riding for the last 2 miles...yikes!  I tell him to try and get his bike fixed before I return and set off on another great, fast and consistent lap.  My legs once again felt fantastic!  I arrive to find Marshall worried as he was not able to fix his bike and does not know what to do.  I ask him if he still wants to ride and if he wants to use my bike.  He definitely wants to ride and pedals off on my bike with a worried look on his face.  I also start to worry that he is going to get fully punished out there on my bike since it is a singlespeed, fully rigid and not setup for his riding style.  I lay back in the pits fairly certain I will not see Marshall again until well after the cutoff time since he is riding a different bike.  Justin comes by shortly after looking very strong and I hear rumors that he is the predicted winner by about 20 minutes!  I go next door and grab me a plate of some of the best pasta I have eaten in quite some time and savor the tastes.  I feel like I had about 4 more hours of pedal time left in my body and am happy to know I am in great shape for the fall season.  Then shocker #1 happens, Justin comes crawling out of the woods way too soon with reports of full body cramping and no desire to be on the course any longer, first place gone.  Shocker#2 happens shortly afterwards; Marshall comes screaming out of nowhere with 5 minutes to go before cutoff time.  He is smiling from ear to ear mentioning something about how awesome my bike is and how much he now loves singlespeeds....another converted soul for the singlespeed army!  I take off and then stop short at the checkin area to determine if going out on another lap will change anything...they tell me no since we lost positions because of those mechanicals earlier.  I call it a day and coast back to the pits.  No podium once again, but it was an excellent day for lap racing.  It was hot, humid and one heck of a tough, rooty trail, but fun was had.

Thanks to Marshall for calling me out to be on his team.
Cheers to Ed, Spencer, Jeremy, and their wonderful wives for the good food! 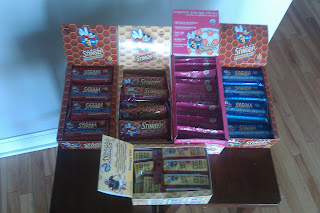 Posted by LowCountry Joe at 2:24 PM No comments:

I guess I could blame it on the ridiculous heat, the fact that I haven't been riding quite as much as I was a few months back, or I could just chalk it up to pure lack of motivation to actually race my bike through 62 miles of some of the toughest backcountry Pisgah has to offer... or maybe it was my 32/20 gearing choice, or maybe it was because I chose to wear a CamelBak this year, or maybe....meh.  Too many excuses!

Regardless, let me finish up this draft post with some information for my own reflectance to never let me be in this position again, if I can help it.  I came into the race with some gastrointestinal issues which plagued me for most of the weekend and left me very dehydrated.  I also was not mentally prepared this year for the heat onslaught experienced (115 degree index).  This combination of factors made the latter part of the race quite uncomfortable for me and I was no longer having fun, so I decided to exit the race after logging in around 42miles and reailzing I still had 20 more of the harder miles left to go.  I still think it was a good decision as I heard there was a massive rainstorm upon my expected arrival time which would have made my suffering even greater.  Kudos to those who finished!  I was stoked to see so many familiar faces racing at stronger levels than before.  Congratulations to the CBC bike team guys for enduring their first ORAMM, hope to see you guys at next year's race!