Snowshoe Downhill and the Chumbalumba madness... 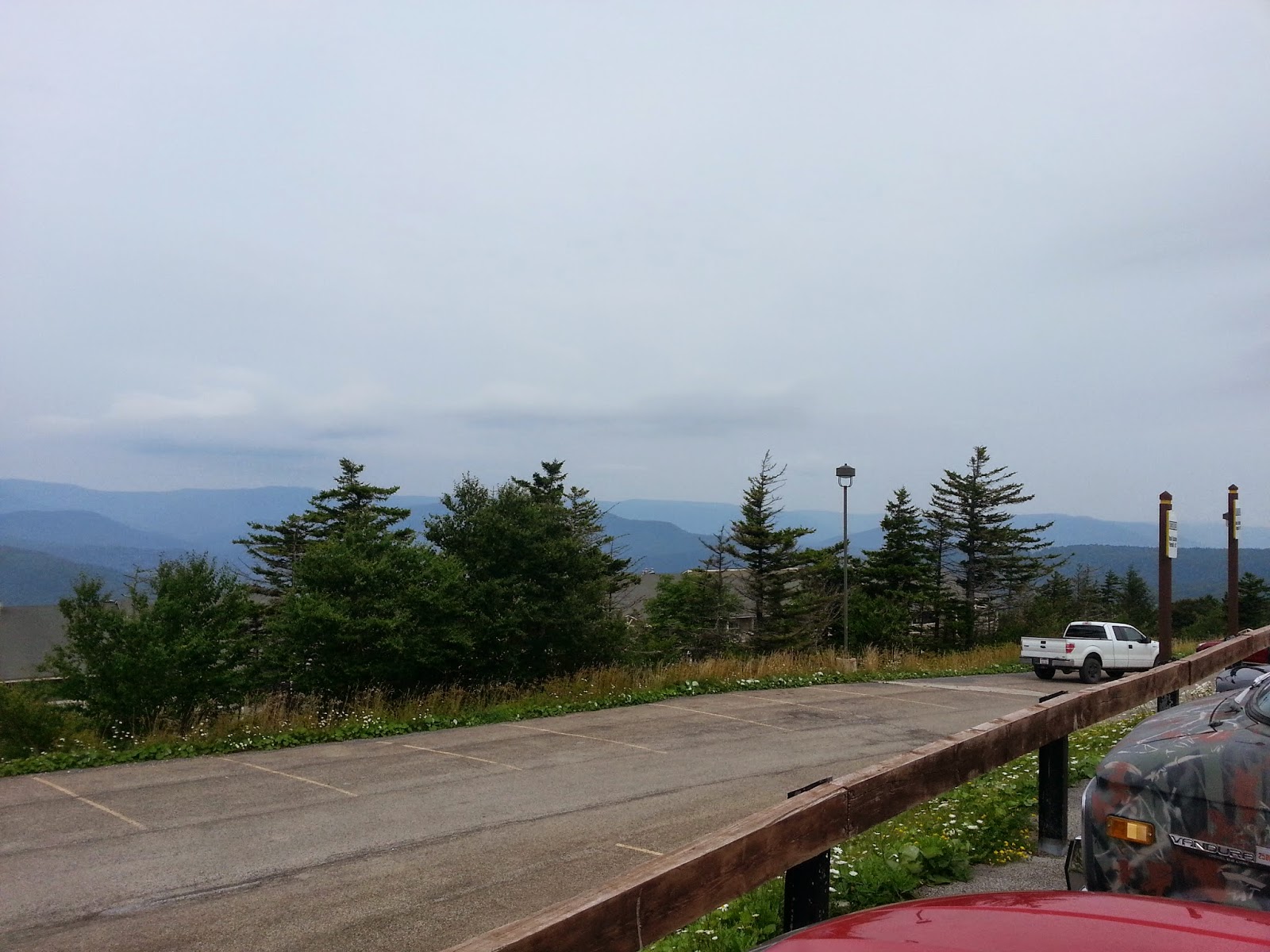 The week before TNGA, I decided to take a "bike cation".  Actually, I had scheduled this in with Spencer Thomasson some time ago and had kind of forgotten about it, but my calendar reminded me and then I had some reservations about going "downhilling" the week before a major life event such as TNGA.  Spencer called me up and could tell I was nervous...more so because I had never been downhilling and did not know what to expect.  He assured me that I would love it and that everything I do is under my control and decision.  He told me that if we went and I was still nervous, he would ride the kiddie slopes all day with me..but he knew that would not be the case.  I did not know what to expect aside from the fact that I would be going down a mountain really fast with a lot of trees and rocks around me.  Funny thing is that I do this regularly when I go up to Pisgah, ironically I usually do this mostly naked since a jersey and bib bike shorts are so sheer you are practically riding naked.  So up to Snowshow we went Rob, Spencer and I. 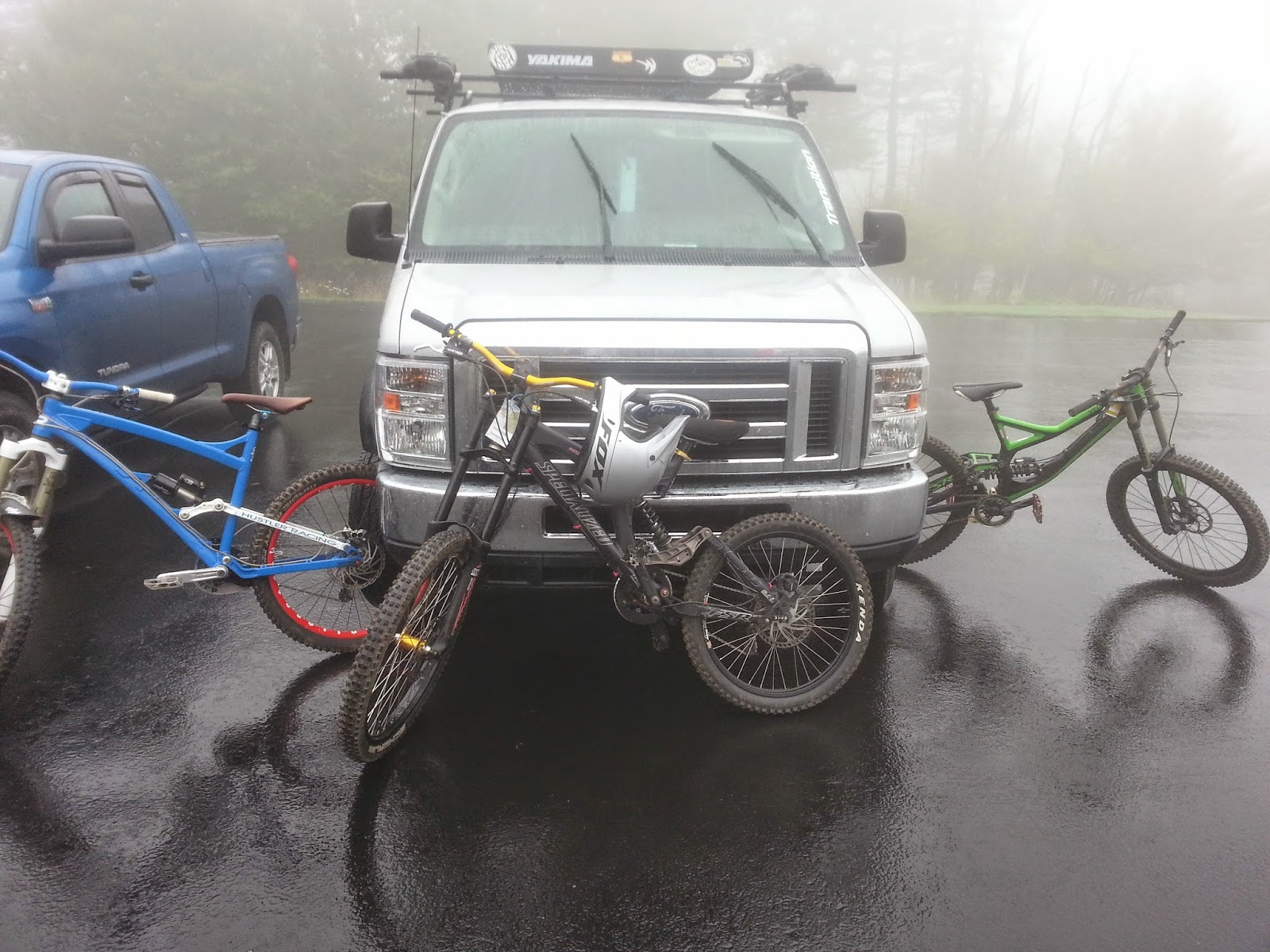 They were headed up to train for the Chumbalumba, which is a competition that would be held the next weekend which consisted of 30,000 feet of vertical ascending down select trails.  It is the equivalent of going down Mount Everest...I was there simply to explore the downhill scene.  As we arrived, the weather was not looking formidable and we all were worried that the downhill would be unrideable.  We got to the pro shop and the reality set in that I was about to ride down the mountain fast.  I rented out a Specialized Demo downhill bike because it had the most travel available to suck up "mistakes" I would make.  The amount of body armor that I put on worried me as I thought it was going to be heavy and hot, but later in the day I never noticed it on me.  As we left the pro shop, the butterflies in my stomach were at an all time high just like before a big race.  Spencer immediately takes me right over to the intermediate trails and he gestures to simply follow his line.  I ask him if we should reconsider and go over to the kiddie slopes first.  He replies with, "dude, trust me".  I say ok, let's do this and off we go with me following Spencer and Rob. Normal woods descent with lots of solid packed berms, flowy smooth, small jump, log, berm turn,  fast ripping straight, big jump, big jump, yikes!  The big stuff came up quick, but it was not intimidating, instead it connected pretty smoothly based on the previous line.  I felt a surge of adrenaline and gripped the bars tight as I floated over the big jumps, both tires totally leaving the ground for a few solid seconds landing smooth as butter on the backside with very little effort.  I was 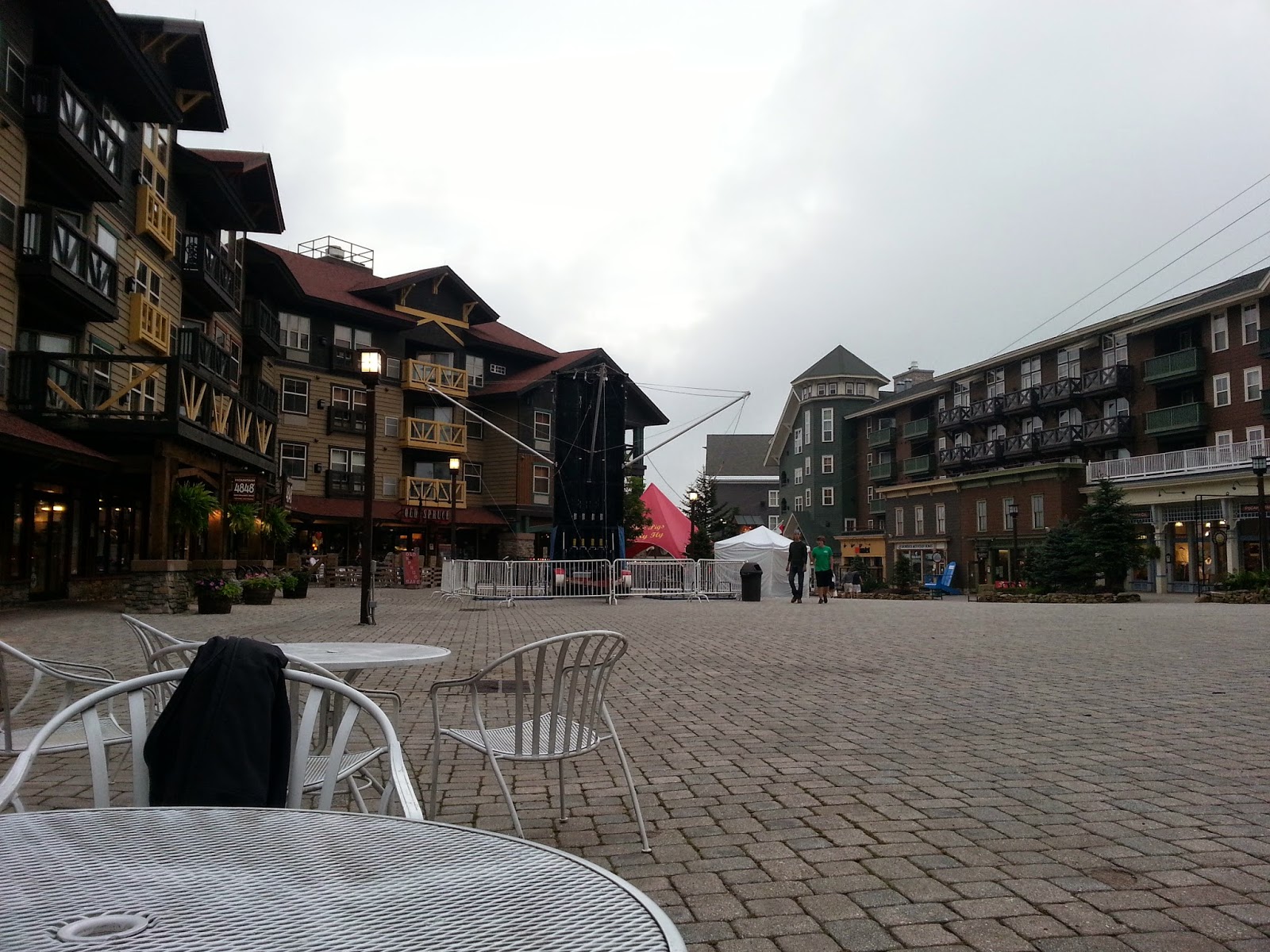 loving this!  Then just when I thought I was finished with the big stuff, into dense woods we go again and a rock garden pops up.  The downhill bike sucked up every bit of roughness with room to spare.  I was amazed at how well the dynamics of a downhill bike were.  My grip starts to loosen on the bars, and my riding style changes to a more relaxed one as my tensions about scary big drops and insane sharp rock ledges fade away.  Downhill parks made more sense.  They can't make them too intense or they won't have lots of traffic...but they do make them flow well and that's what sold me.  I loved the fact that everything flowed and connected and kept you enjoying the ride.  Afterwards, we hung out in the village at Snowshoe and enjoyed great food, and listened to all the buzz being generated in regards to the Chumbalumba. 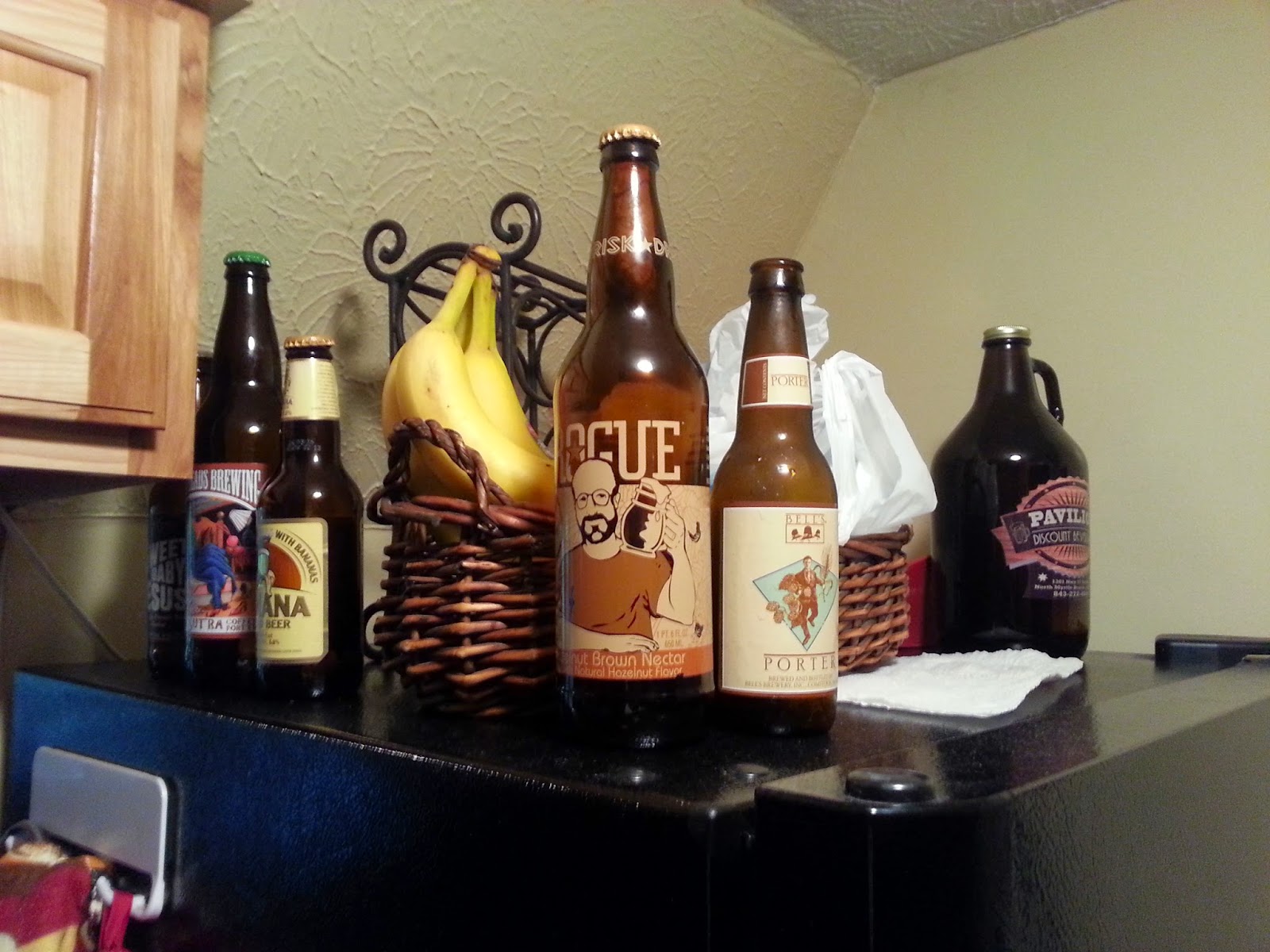 That night, I was buzzing with adrenaline at having ridden downhill all day and lived to tell about it!  Day 2 was an early rise to get on the trails as soon as possible.  We started out with the other side of the park which was a mix of kiddie slopes and intermediate to difficult.  The kiddie slopes really were just a long flowing piece of neutral single track mostly intended to get one used to the bike's handling.  My upper arms were sore from clenching so many times yesterday, so this neutral start helped loosen things up.  Afterwards, we rode the lift up to the difficult stuff and rolled some semi-serious drops into rock gardens.  The drops were mostly mental as the bike soaked up all the pain from landing 3-4 feet down.  I did get loose a few times and hit a tree or two, but mostly it was just a small clip of the handlebars or a deeds stop, nothing where I was flung.  The nice thing about riding in flats was the ability to simply eject from the bike whenever things got too tricky.  My bike saw lots and lots of eject time with me simply walking away, picking up the bike and trying again.  We rode wooden 15 foot walls which were a blast!  It started raining and the downhill clay turned to slop.  It was seriously nasty out and the aggressive knobbies were tearing up the course, so next lift up, we went back into town to wash off our bikes, handle some minor pro shop maintenance on Spencer's rig and lunch.  Then we went back over to the other side where it wasn't 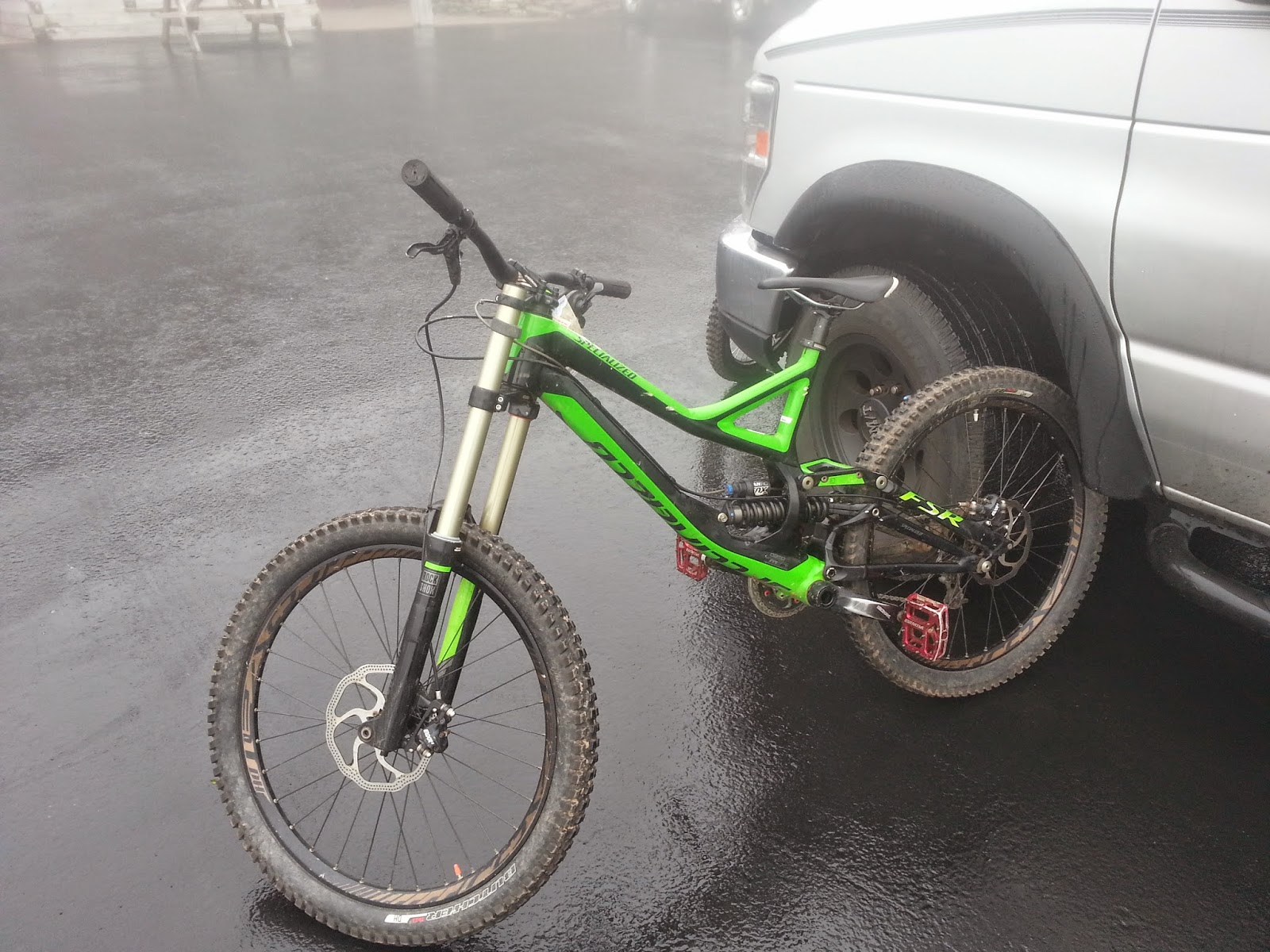 raining and finally caught up with the Florida crew, Farmer and Phil...They had been riding already and warmed up so we dropped right in and did a group descent.  Farmer surprised me with his incredible style and comfort level on the biggest of jumps only to find out later he is a seasoned downhill park veteran.  His advice on the descents really helped and encouraged me to push myself harder and trust my existing abilities to go bigger.  I took a few giant drops thanks to some suggestions by Spencer on how to attack them and more adrenaline pumped into my system!  Phil had taken a nasty crash earlier the previous day which had left him spooked and riding very conservatively.  Rob rode better each and every day we spent there, even adjusting his style to allow more standup time over the gnarlier stuff.   That day we rode all the big jump lines at least 20 times jumping higher and further every time.  They were so smooth and left us with perma-grins for the rest of the day.  We rode the park until it closed and then rolled back to the apartment to recover, cleanup and set out for that nights dinner.  The last day at the park saw me extremely sore in my entire upper body area.  My hands and arms screamed in pain after a few descents, but only because something felt different about my bike.  I was trying to pinpoint it but we were scrambling to get some runs in before we had to leave so I just kept riding the bike in a more conservative manner in adjustment to the stiffer feedback.  I also found my shifter appeared to be stuck and I was rolling most of the last few downhills in my highest gear.  Stuff wasn't making sense, but I had no time for any of it as we were rolling downhill time after time after time.  My body was absolutely wrecked 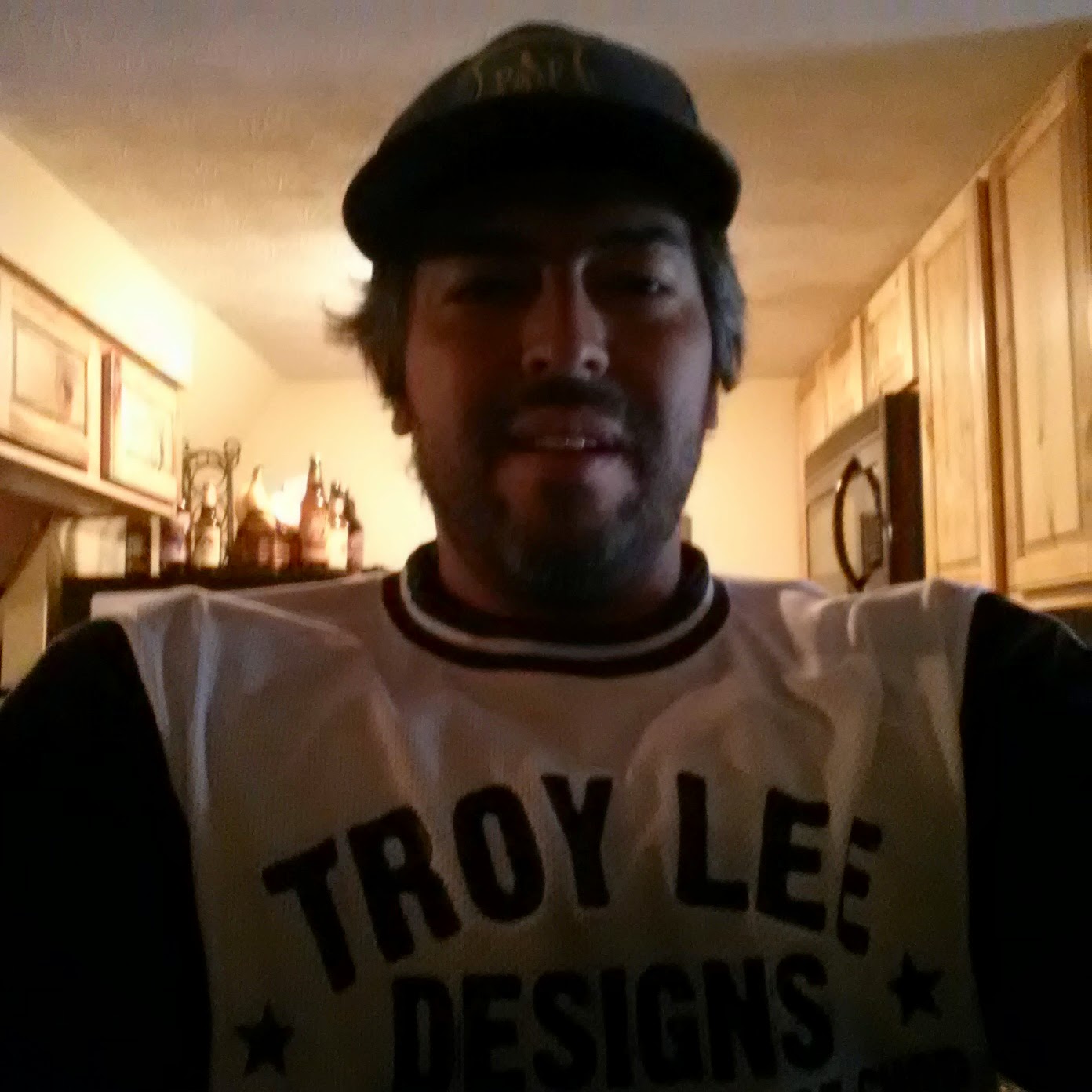 upon our last descent on some of the most difficult terrain, but I handled it like a pro and was very impressed with my newfound abilities to ride downhill smooth and fast.  As we headed away from the lift back to the pro shop, I noticed my front end was low.  I looked for a flat tire, but it was actually a blown front fork seal!  That explains the weird bike stance and the harsher than normal hits on the downhill.  I proceeded to check over the bike and find my rear derailleur cable had been ripped off and I had NO shifting abilities.  Ha!  That explains that.  I basically rode that bike till it broke.  Lucky for me it was a rental as I entered the pro shop and reported the issues I noticed to which they replied, "no problem, just set it over there and we will fix it up".    As we rolled home I was dreaming of a return trip soon with my own equipment to be more adjusted sooner.  It was truly a great weekend and really helped get my mind off the incredible pressures of racing TNGA the next week.  Another successful moment with great friends on badass bikes!  Snowshoe rocks!! 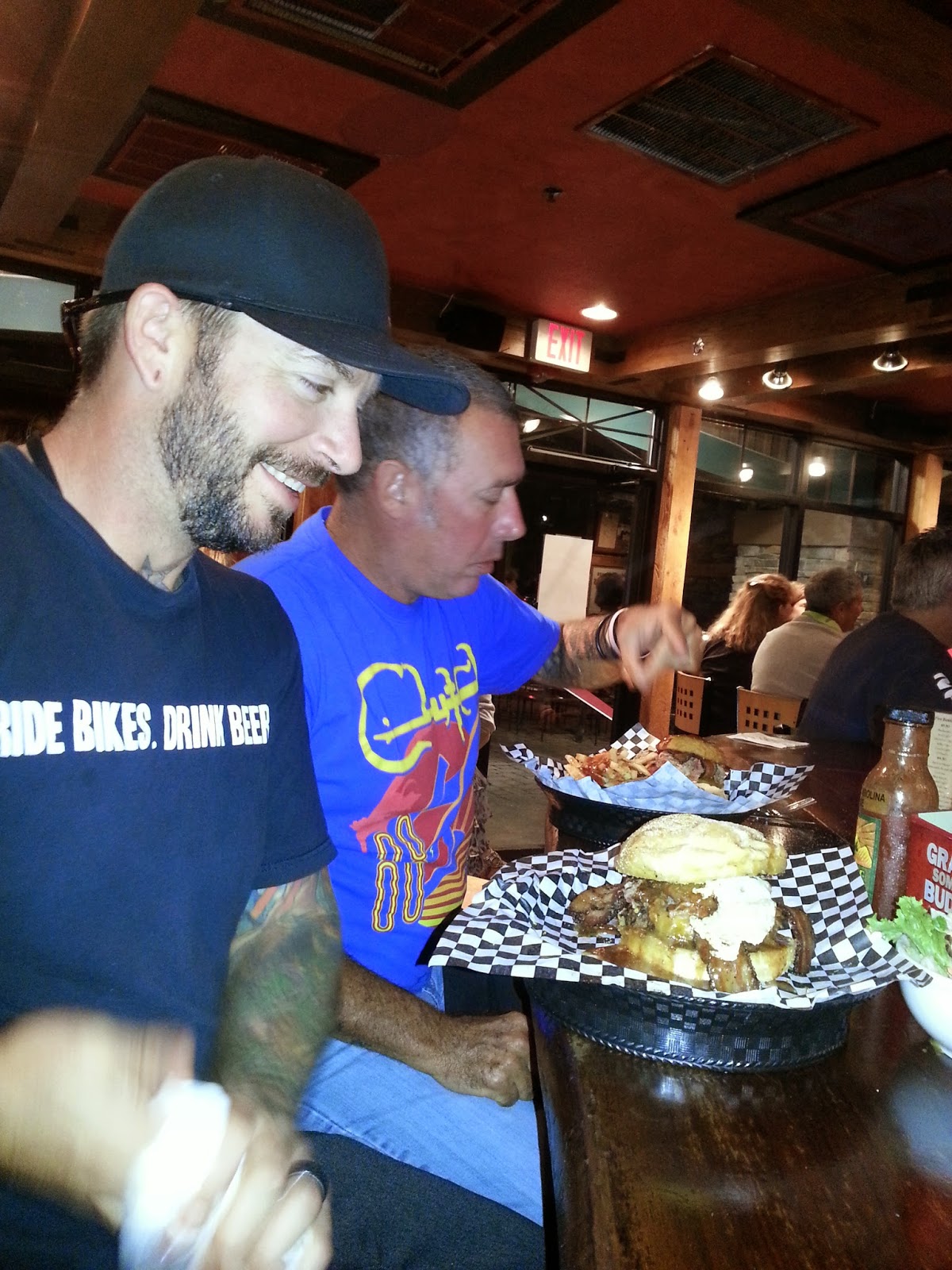 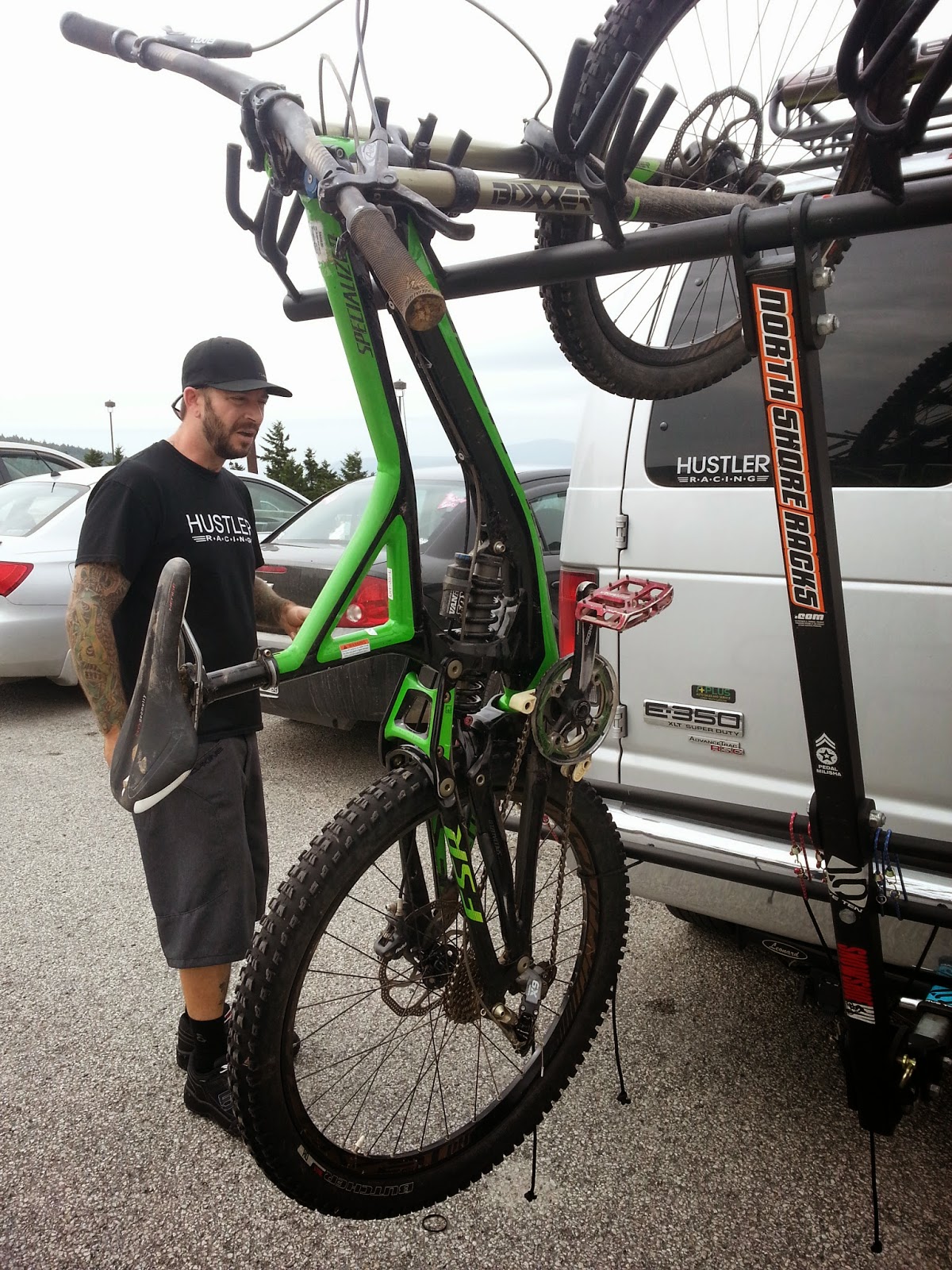 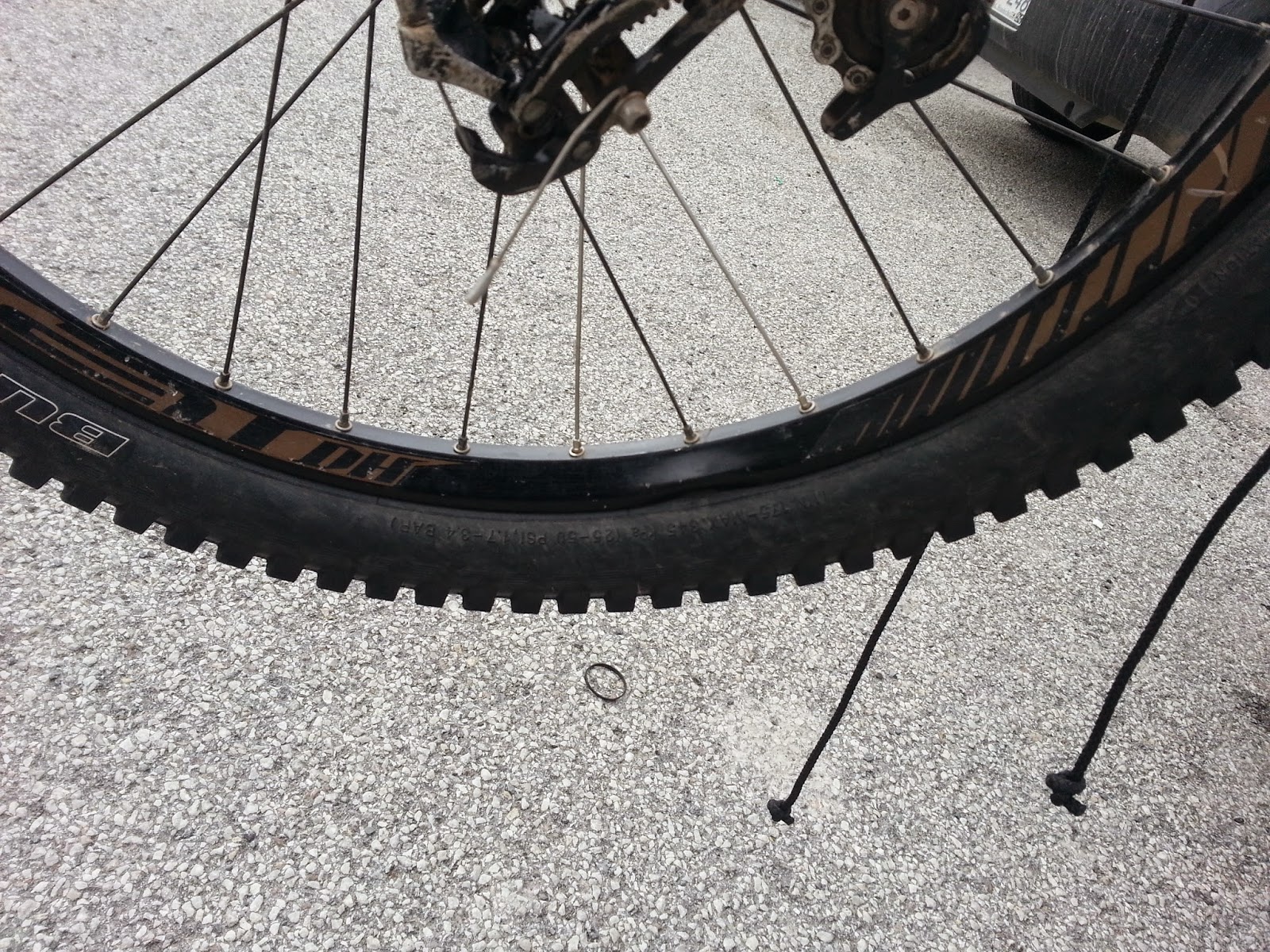 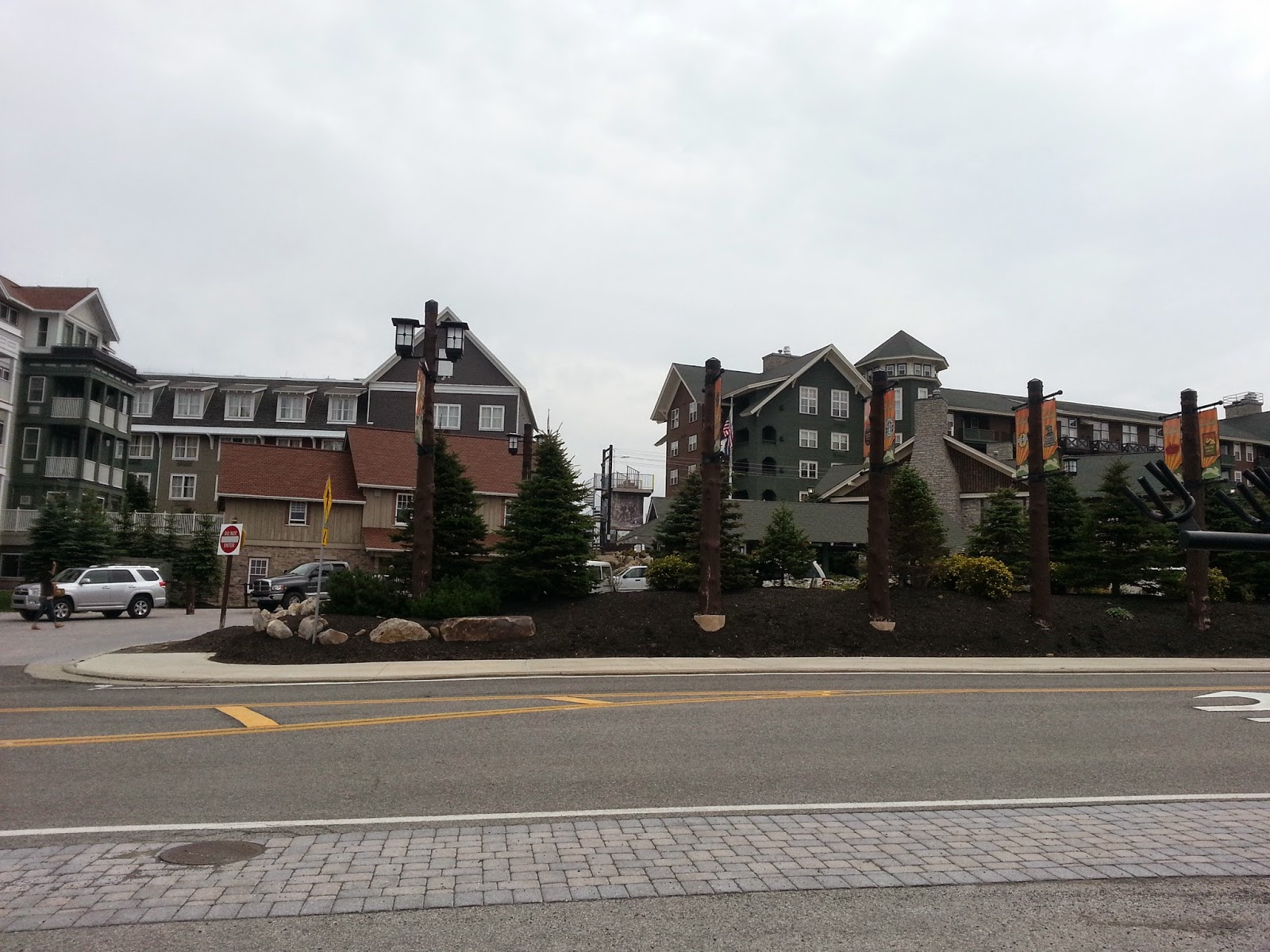 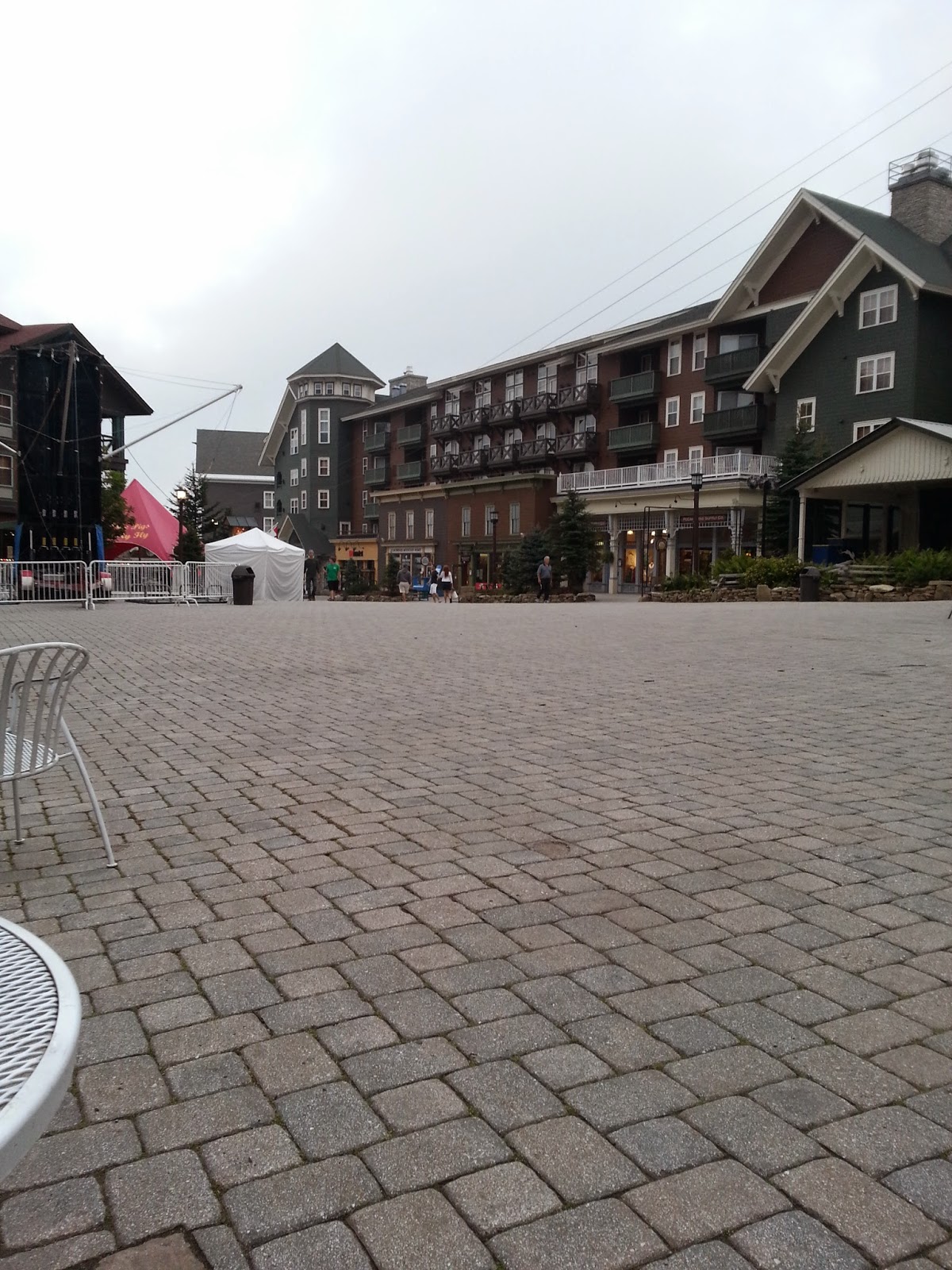 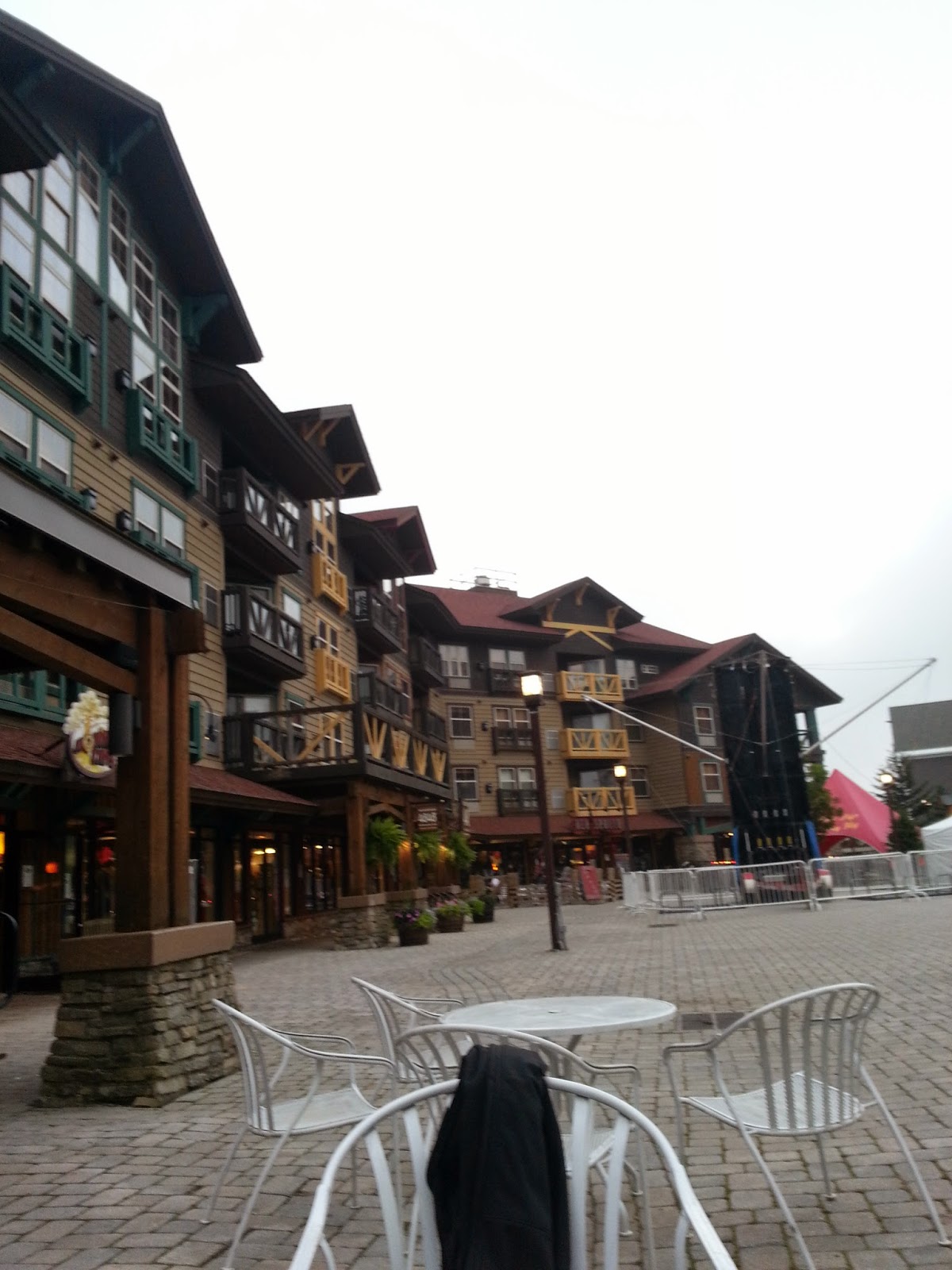 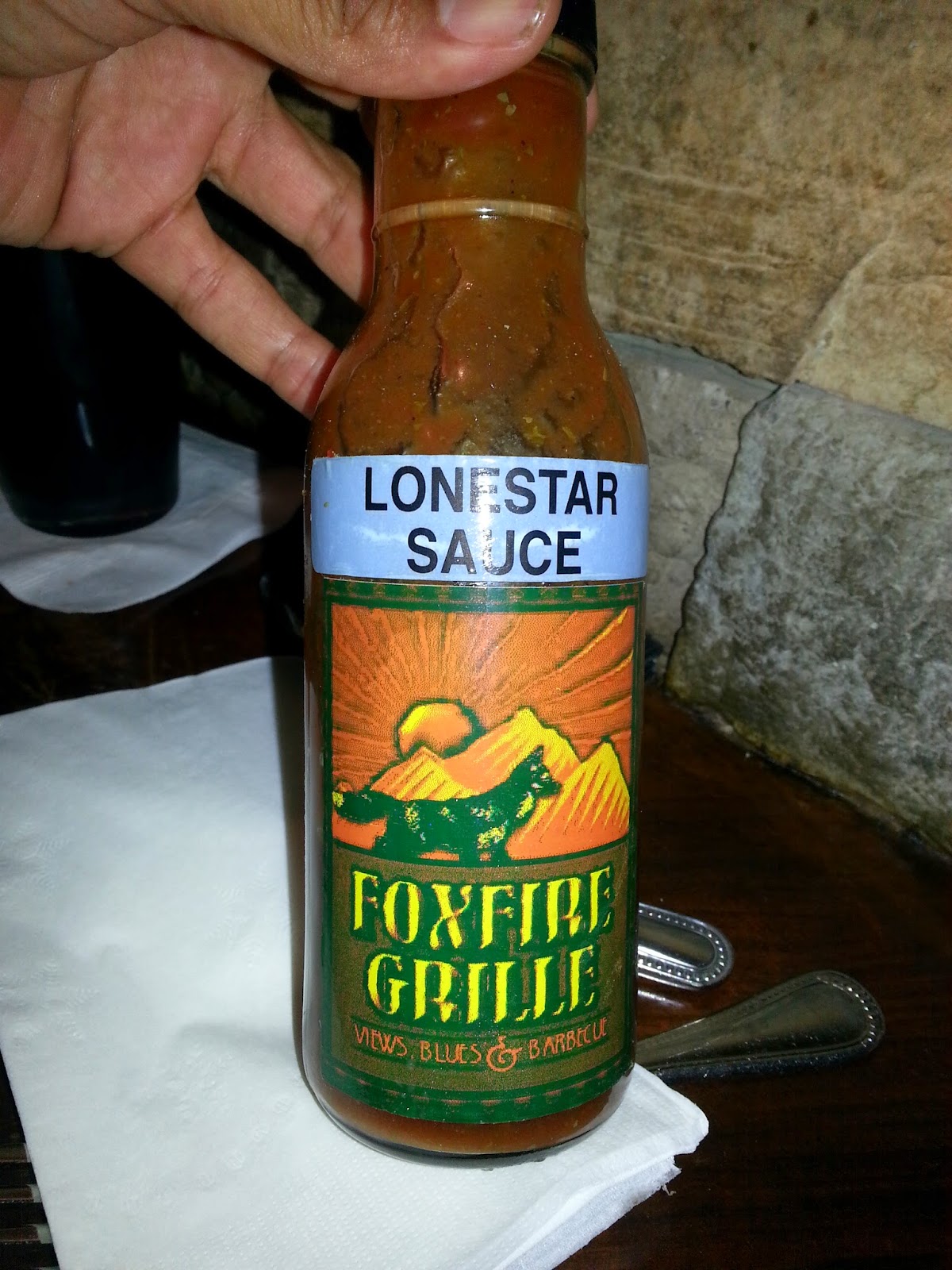 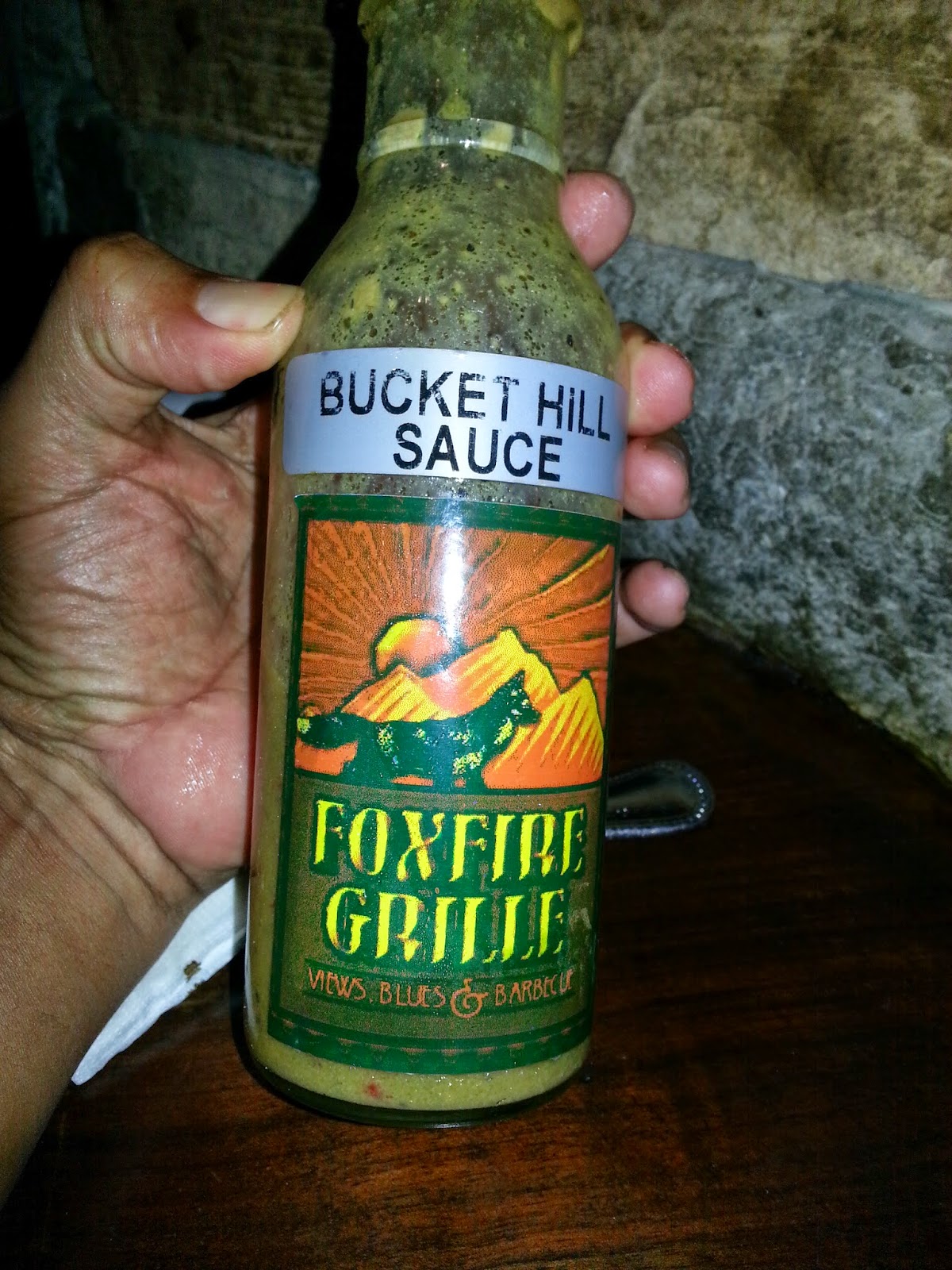 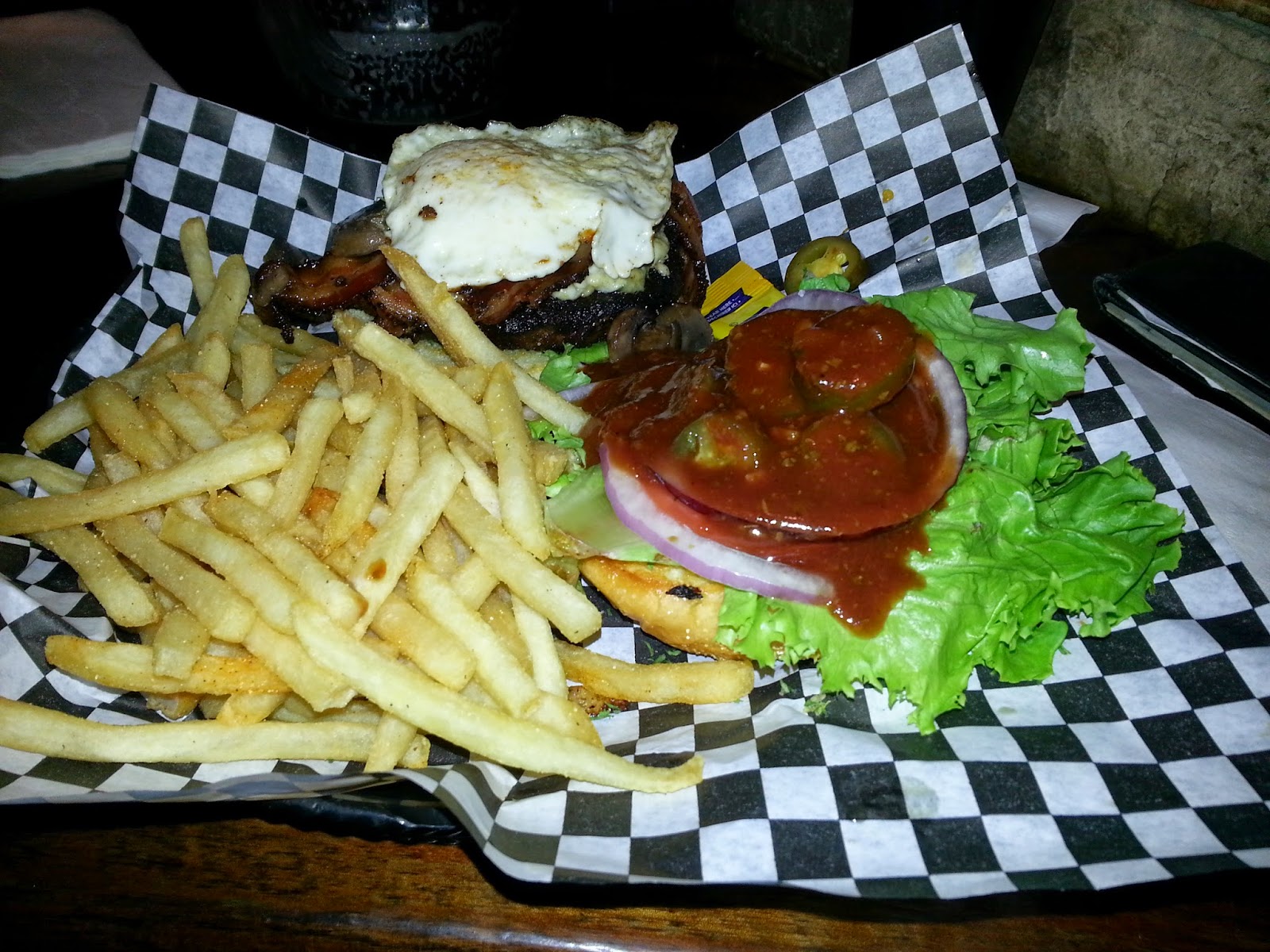 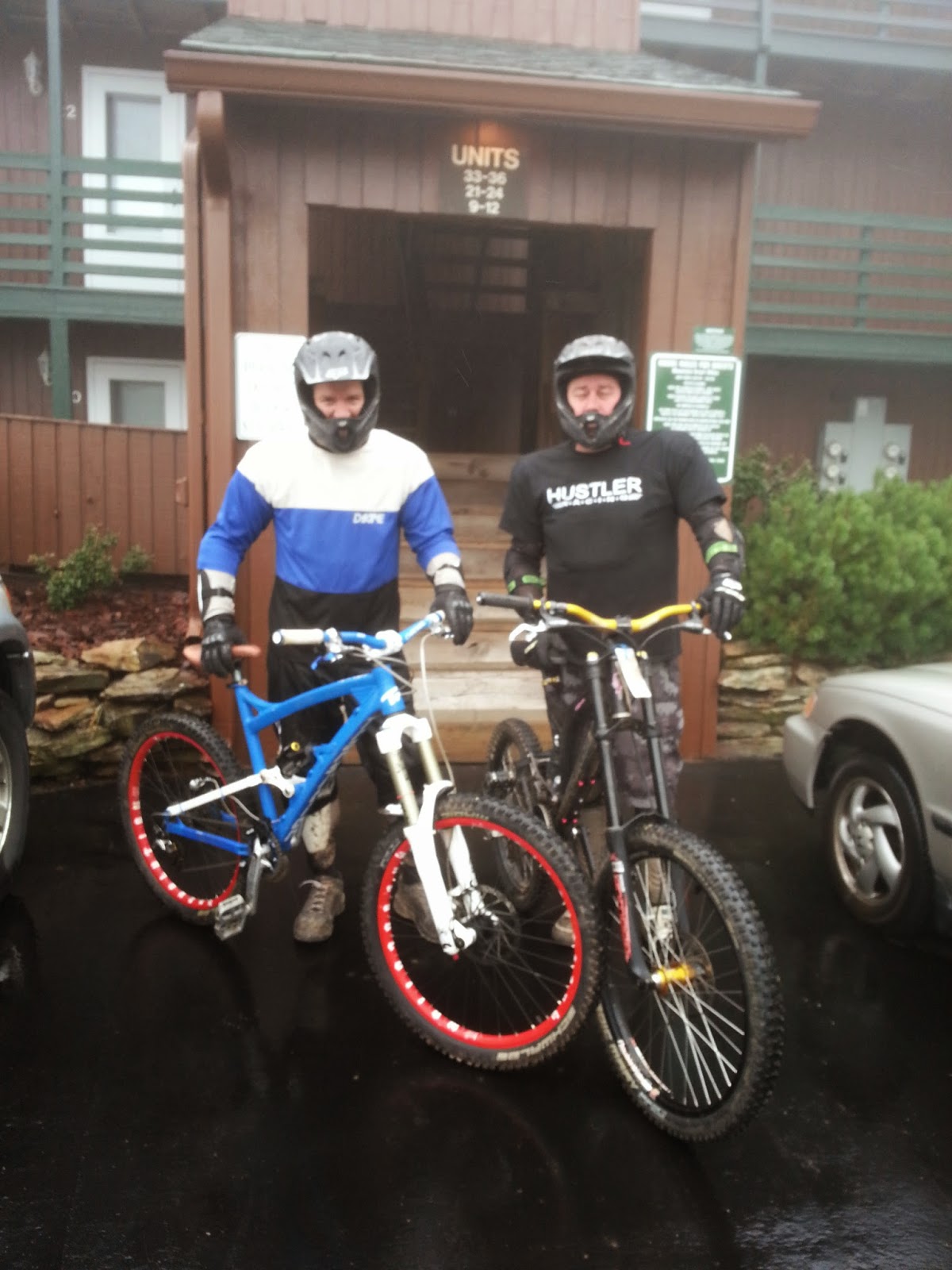 Posted by LowCountry Joe at 1:52 PM