To Lake Moultrie and Back.... 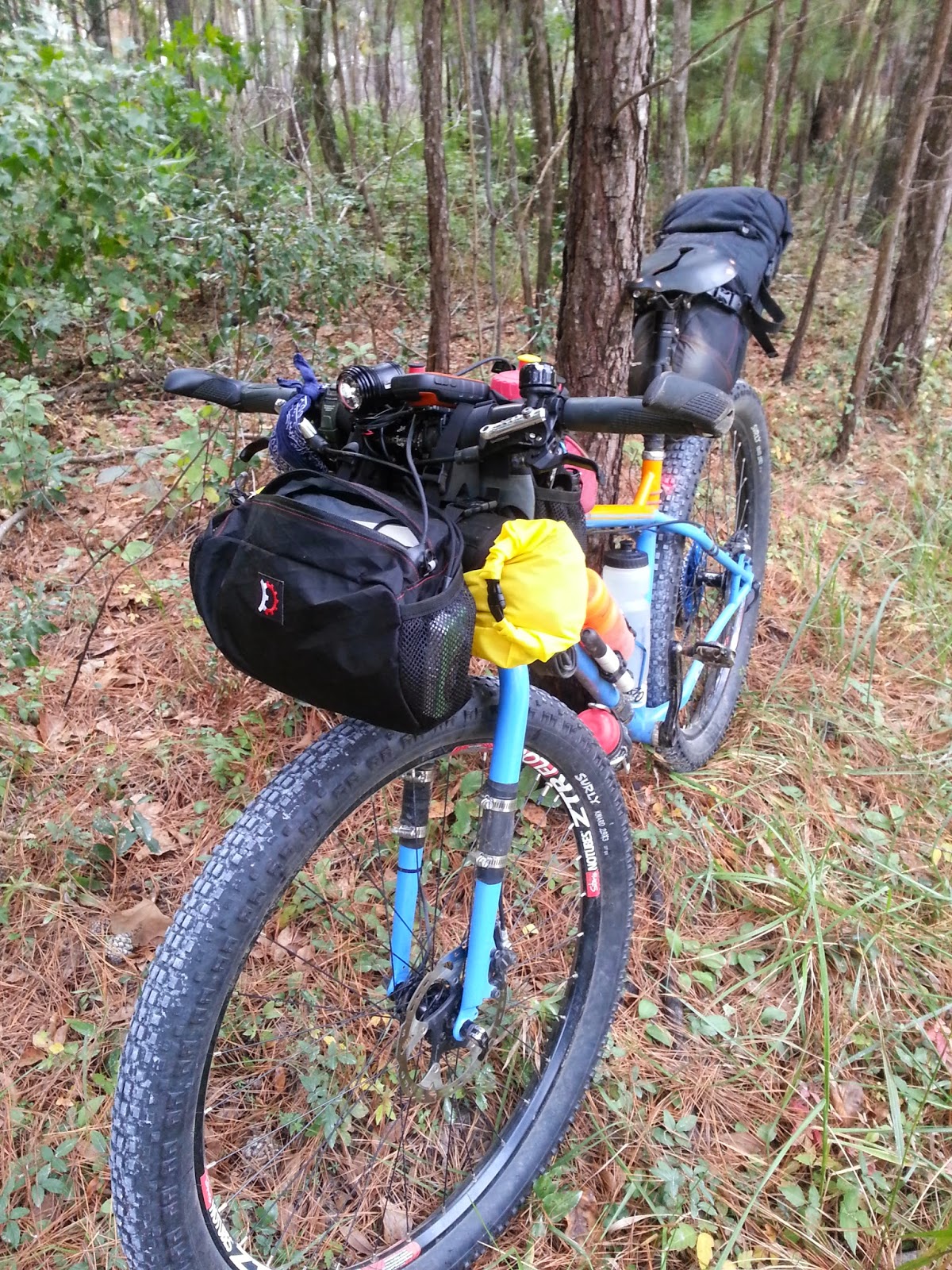 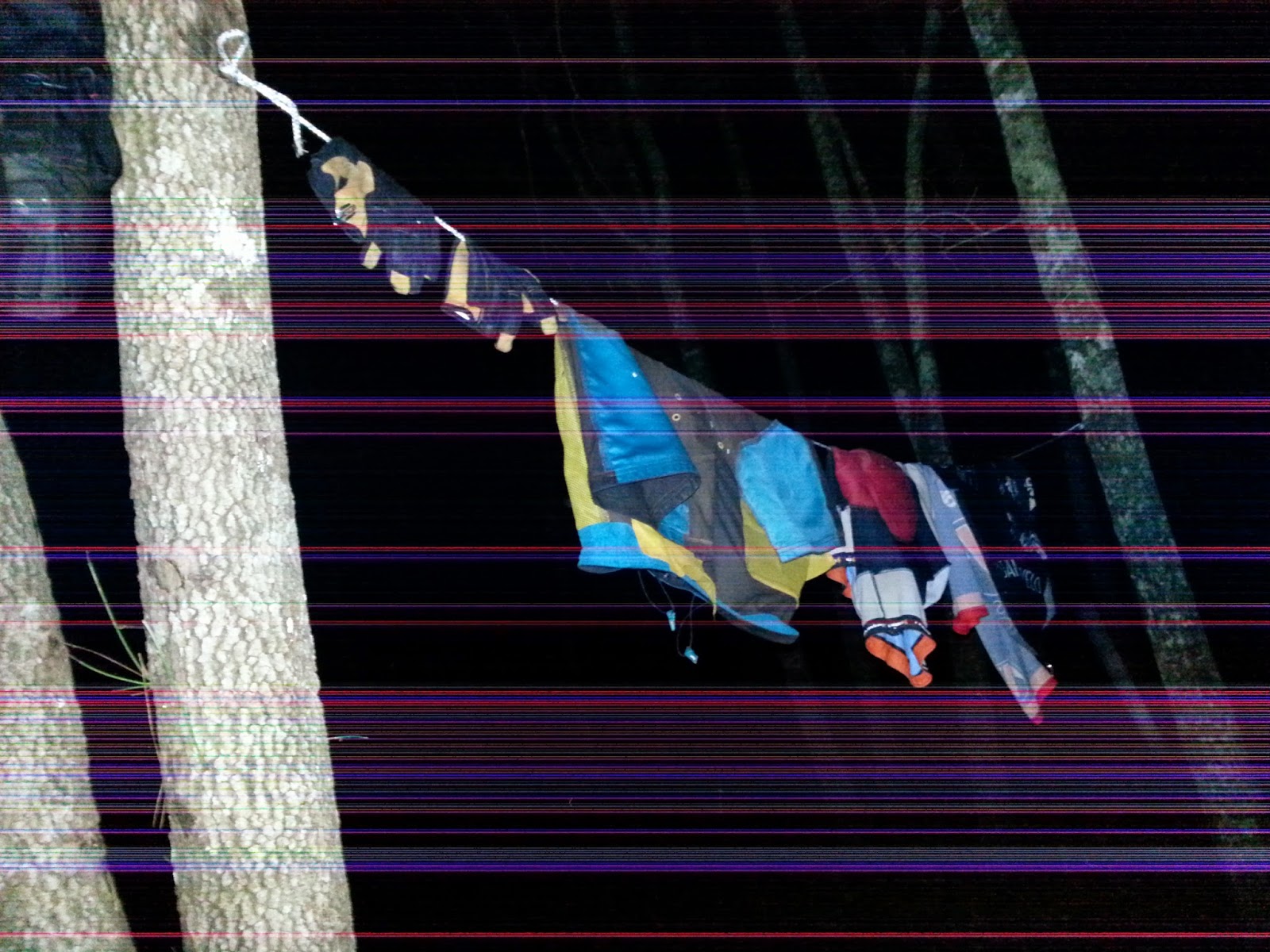 It took me about an hour to make it back to the campsite as I was fully hydrated and able to put out more power.  As I selected my spot and started setting up camp, I realized I had less than 30 minutes before I would be shaking from the cold as it had dropped down into the low 40s and I was soaking wet from sweat and the humidity level around me.  I shuffled priorities and made a quick fire first to get some base coals going.
Once the fire was crackling, I went back and setup my tent and laid out my thermarest and sleeping bag.  I then quickly tore off my wet clothes and into my dry camp clothes. 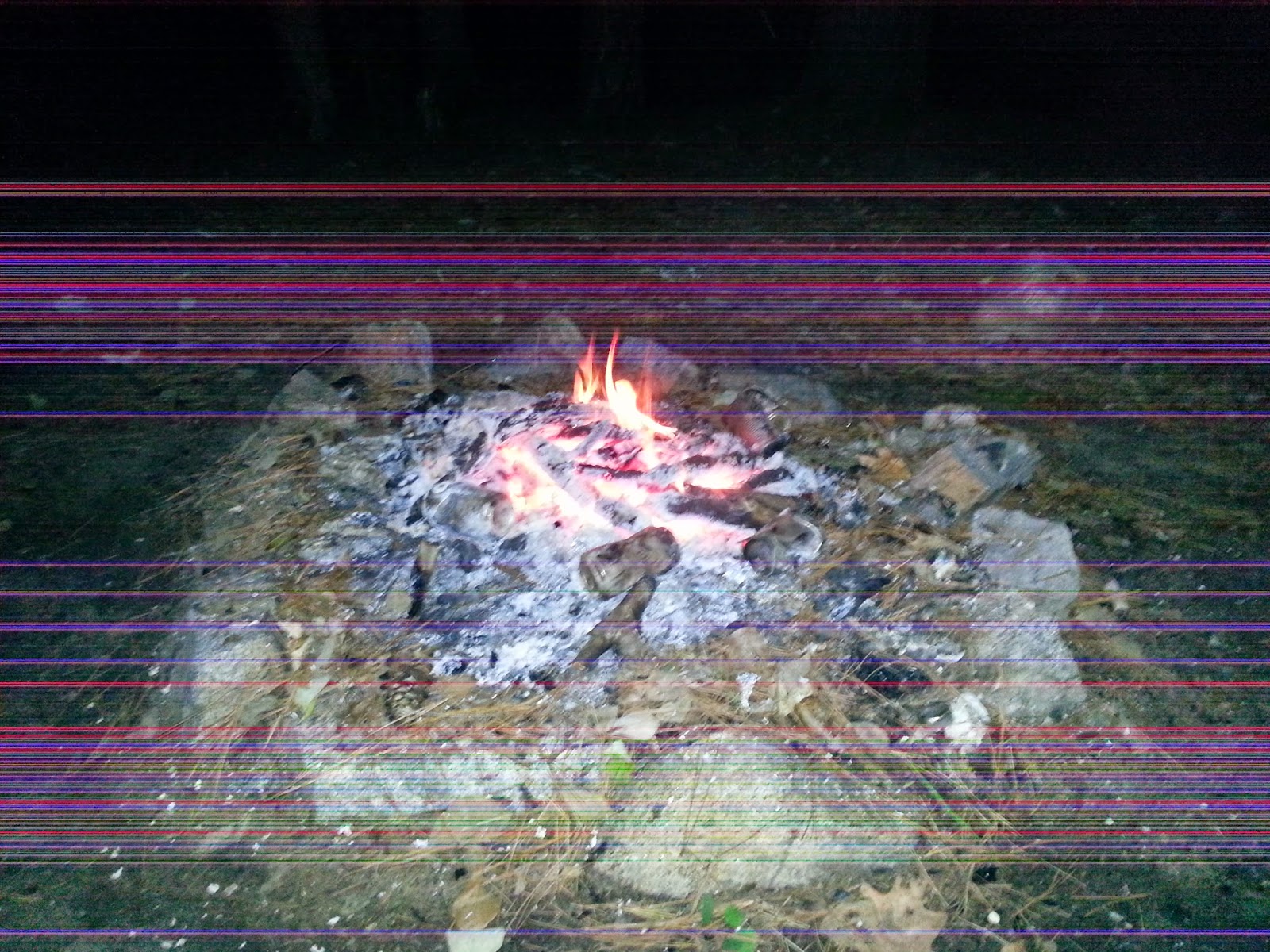 It is amazing how much just switching into dry warm clothing can bring up your spirits.  After camp was setup, I setup a dry clothesline and hung my clothes near the fire.  I then setup another high line to hang my rear bag which was full of food.  I grabbed the foods I would be eating for dinner that night and scavenged enough firewood to last all night.  As the night grew long, I ate, relaxed and played on my phone since I had a great signal out here!  A few hours later, I was calling it a night and crept into my happy hut.  My super soft ultralite sleeping bag hugged my body well and I knew this was coming along with me in Florida.  I fell asleep in less than a few moments and thought I was gone until the morning, but I was wrong.  A few hours into my slumber, I am awoken by lots of rustling and heavy panting.  It does not sound like pranksters so I assume a bear or critters.  I hear a lot more rustling very close by and hear a yip or two and confirm coyotes!  I wasn't sure how close they were but it sounded like they were right outside. Then, before I can even roll out of my bag a bone chilling chorus of howls emit from right outside my tent!  It sounded like at least a dozen or so dogs scavenging about out there.  I had never really considered this situation and didn't have a clue as to what to do!  I quickly googled how campers handle coyotes and the consensus was that they mostly leave them alone, so I finally made an attempt to get out of my tent and slowly open a flap.  I could see lots of movement but not clearly, so I click on my flashlight and immediately see about a dozen sets of eyes looking at me!  I yell GET and they start shuffling and slinking into the shadows.  I take the opportunity to run towards the smoldering fire and stoke it quickly to get some sparks.  I throw a ton of kindling into it and quickly get a giant blaze going and stay close to it hoping it is enough to send them running.  I shine my flashlight through the woods again and fail to see any more eyes looking back at me.  I then setup heavy clubs around my tent to have something to reach for if they decide to come back.  It is crazy how quickly one goes into survival mode once there is a definite need.  I roll back off to sleep, but I am lightly aware of my surroundings and know I am going to be tired in the morning.  Morning comes quickly and before I know it I am breaking down camp and loading up my rig.  I am happy to have made it through that crazy night, but happier to know everything I brought along was used properly and I am not carrying more than I should.  A lesson learned from TNGA.  I set out at a nice pace and decide to navigate along gravel today since the grew tired of the bump factor along the Palmetto trail.  Before long, I am back home, showering and telling all about my crazy night with the coyotes!  Good times. 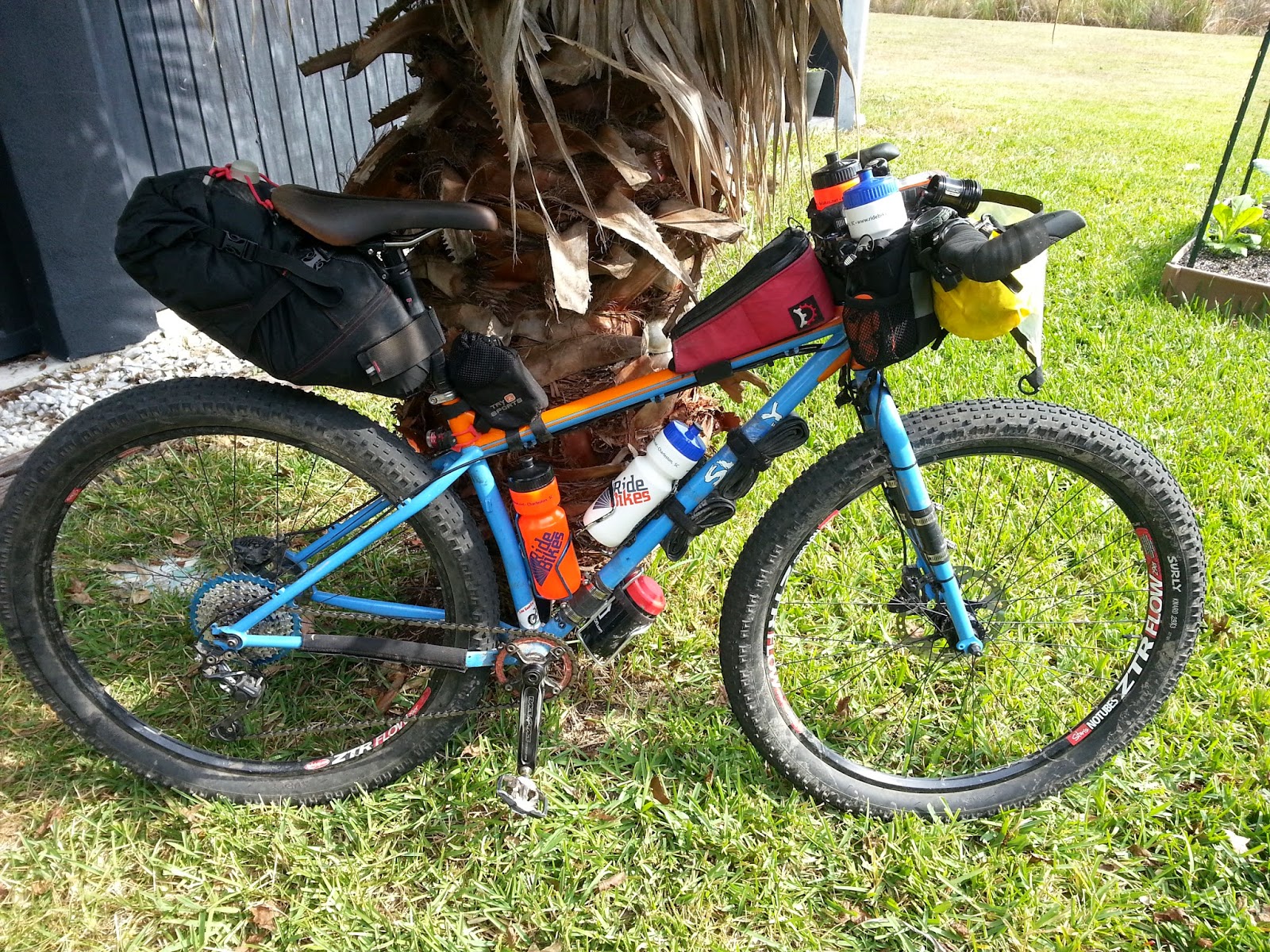 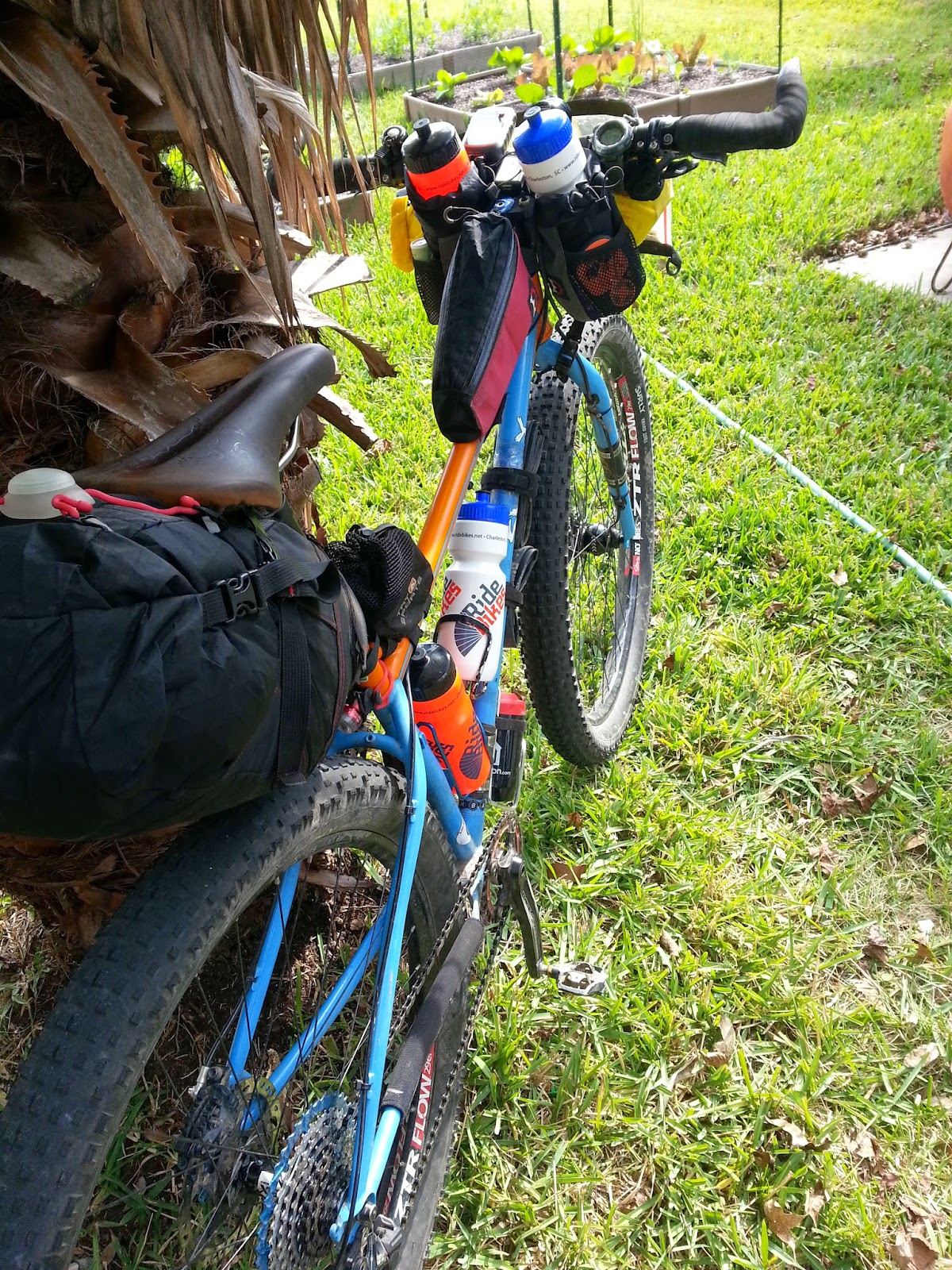